Tom Brock views his career as a series of three ventures. Sitting inside a cabin warmed by a wood-fed stove at his third venture, the Pleasant Valley Conservancy that he runs with his wife, Kathie, he discusses the first — his pioneering microbiological work at Yellowstone National Park in the 1960s and 70s.

Brock’s inquiries into the hot and acidic springs of Yellowstone revealed life thriving in these extreme environments, and the organisms he isolated there helped usher in modern molecular biology. In a new book, “A Scientist in Yellowstone National Park”, Brock has turned his notes from those years into a personal account of life as a field researcher.

Brock self-published the new book, which is available for free online. (His second venture was a scientific publishing career spanning more than a decade.)

With more than 150 original photos and documents, “A Scientist in Yellowstone” gives readers an intimate look into the lives of the researchers at the national park. From laboratories crammed into bedrooms and kitchens, to snowshoeing in to snowbound winter springs, the images tell the story of the lengths Brock and his team went to study the remote and extreme Yellowstone ecosystems. The group pictures shift slightly each season as lab members join or leave the expedition. 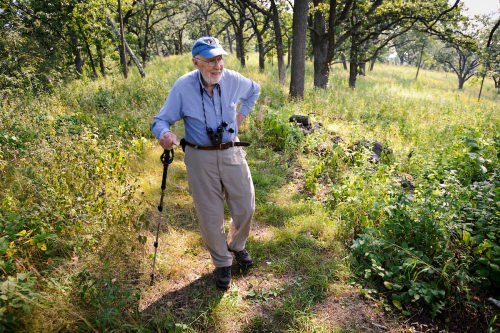 In 2013, Tom Brock walks in 140 acres of restored prairie, oak savannah and woodlands that he and his wife established as the Pleasant Valley Conservancy in Black Earth, Wisconsin. Photo: Jeff Miller

“When I started in Yellowstone I was just looking for a nice simple ecosystem where I could study microbial ecology,” explains Brock, an emeritus professor of bacteriology at the University of Wisconsin–Madison. “At higher temperatures, you don’t have the complications of having animals that eat all the microbes.”

The thermal springs of Yellowstone produced a natural gradient of ecosystems, where boiling-hot water gradually cooled as it flowed away from its outlet. As Brock and his team, then at Indiana University, worked their way up that temperature gradient, they discovered microorganisms growing at hotter temperatures than life had ever been found before.

Although the development of PCR has focused historical attention on the discovery of Thermus aquaticus, Brock’s microbial ecology research was wide ranging. His research team isolated microbes that ate sulfur and grew in hot acid. They measured the growth rates of photosynthetic bacteria. A sense of curiosity about the bizarre Yellowstone environments drove the scientists to address fundamental questions about life under extreme conditions. Long research seasons and difficult field work encouraged camaraderie among the scientists. 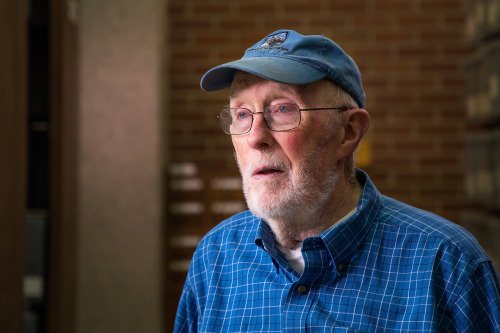 Tom Brock reflects recently on his life as a field researcher, and his scientific discoveries. Photo: Hyunsoo Léo Kim

After moving to UW–Madison in 1971, partway through his Yellowstone work, Brock began to turn his eye toward a less harsh, but perhaps just as mysterious, ecosystem — Lake Mendota.

“Right away I thought: here’s a lake that has been very heavily studied but not a lot is known about the microbiology,” says Brock. “It was an easy step to go from cyanobacteria in Yellowstone to cyanobacteria in Lake Mendota.” Photosynthetic cyanobacteria are responsible for nuisance algae blooms in the lake during the summer.

Ultimately, the pull of Madison’s lakes led Brock to close down the Yellowstone lab in 1975. It would be a year until Taq polymerase was isolated and another seven years before PCR was developed. The identification of archaea — extremophile microbes whose unique biology permanently rewrote the tree of life — took until 1977. That same year, deep-sea hydrothermal vents, now often considered the progenitors of life itself, were found to host other extremophiles.

Brock’s research in Yellowstone set the scene for these developments by exploring the diversity of life in inhospitable environments. What began as a desire to study relationships between microbes ultimately evolved into a research project that spanned a decade, relied on dozens of scientists, and challenged assumptions about the nature and resilience of life.