In an era of fake news and widespread disinformation campaigns aimed at confusing and polarizing public discourse in the United States, a new study provides a glimmer of hope and a roadmap for fostering honest public debate, at least around issues of science and technology.

Writing this week (Oct. 2, 2018) in the journal Politics and the Life Sciences, communication experts Dominique Brossard of the University of Wisconsin–Madison and Kathleen Hall Jamieson of the Annenberg Public Policy Center of the University of Pennsylvania report on an effort to closely track public discourse on a contentious topic – genetically engineered crops – in the wake of a National Academies of Sciences, Engineering, and Medicine (NASEM) consensus report. 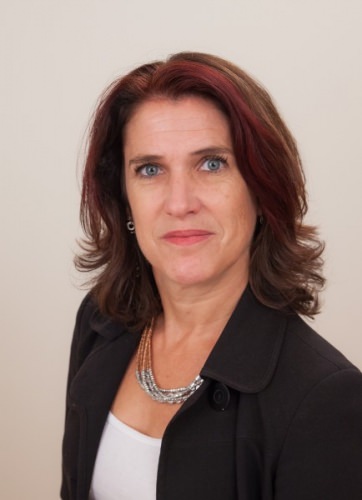 Using national survey data and large-scale social media content analysis, the study explored public conversations on genetically modified crops both before and after the May 2016 release of the NASEM report, “Genetically Engineered Crops: Experiences and Prospects.”

The question, says Brossard, a UW–Madison professor of Life Sciences Communication, is are these reports useful in terms of fostering informed public conversation on a divisive technology?

The answer, according to the results produced by Jamieson, Brossard and their colleagues, is yes.

“The goal of a consensus report is to start a public conversation,” explains Brossard, who served as a panelist on the GMO crops report contributing expertise on communicating science in new media environments. “It has to be used.”

Jamieson is an authority on political communication and directs the Annenberg Public Policy Center.

When the GMO crops report was released, there was a concerted effort to make the report broadly available and to publicize its conclusions. It received widespread news coverage, surfacing in at least 144 news outlets and was specifically mentioned on Twitter more than 4,000 times the month of the report’s release. The full report was made publicly available and to date has been downloaded as a pdf file nearly 44,000 times, making it one of the most highly trafficked NASEM reports in recent memory. 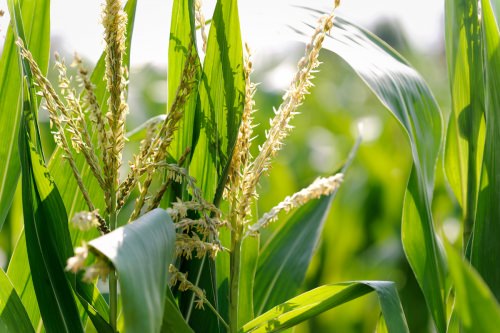 Corn tassels and leaves are backlit by the sun. A new study closely followed public opinion on genetically modified crops following the release of a consensus report. Photo: Jeff Miller

Seizing an opportunity to measure the effect of an independent, credible report from the nation’s leading scientific academy on a polarizing issue, Brossard and Jamieson mapped out a strategy to systematically assess the reach and impact of the report as it was publicized and disseminated through social media. Their goals were to capture English language coverage of the report in both traditional and social media, peg the report’s release to broader patterns of discussions of GMOs on Twitter, and measure fluctuations of negative and positive sentiment in conversations of GMOs in both social and traditional media.

“The GMO report looked at the technology in all its dimensions,” says Brossard, noting that all of the known issues associated with transgenic crops were factored in, including potential environmental impacts, economic and social influences, agricultural productivity and concerns related to human health. “Interestingly enough, for the American public conversations around GMOs center on health. That was a big part of the sentiment expressed in Twitter conversations.”

On Twitter, between March and July of 2016, there were more than 1.1 million tweets that referenced GMOs. Notably, spikes in Twitter conversations about GMOs occurred when public figures like then-presidential candidate Bernie Sanders weighed in on the topic arguing for labeling of GMO foods, even in the absence of evidence that consuming GMOs may be harmful. “You can see that events impact the conversation and content,” notes Brossard.

There was a sharp increase in Twitter conversations when the NASEM report was publicly released in May of that year, according to the new study. That, says Brossard, suggests that the report gained currency with the public and had the desired effect of fostering informed public conversation.

The GMO report was produced by a panel that included broad expertise and was aimed at achieving scientific agreement or “consensus” on the state of technology and its varied impacts. Its primary conclusions were that there was no evidence that eating GMO foods was harmful to human health, that the technology was increasingly important to modern agriculture but context-dependent, that the technology was powerful but not a magic bullet that would “feed the world,” that the technology was changing rapidly and regulations need to keep pace, and that there are environmental tradeoffs, with both risks and benefits.

Those expert conclusions, say Jamieson and Brossard, not only percolated through traditional and social media, fueling conversations on Twitter and elsewhere, but were also changing the tenor of the debate.

That was reflected in the data gathered by Brossard, Jamieson and their colleagues, which showed a greater degree of ambivalence about GMOs after the NASEM report’s release.

“That’s what you want,” Brossard says. “The number one lesson is that a consensus report can have an impact beyond just being discussed in polarized arenas. It is uniquely positioned to facilitate these public conversations.”

Other lessons, she adds, are that communication matters, and that the big picture – weaving in all the dimensions of a polarizing issue – can abet public conversation and debate. For instance, she notes the GMO report would have had much less utility had it focused on just a single aspect of the debate such as human health. Such reports have the most impact when there is a commitment to sharing results as broadly as possible, says Brossard.