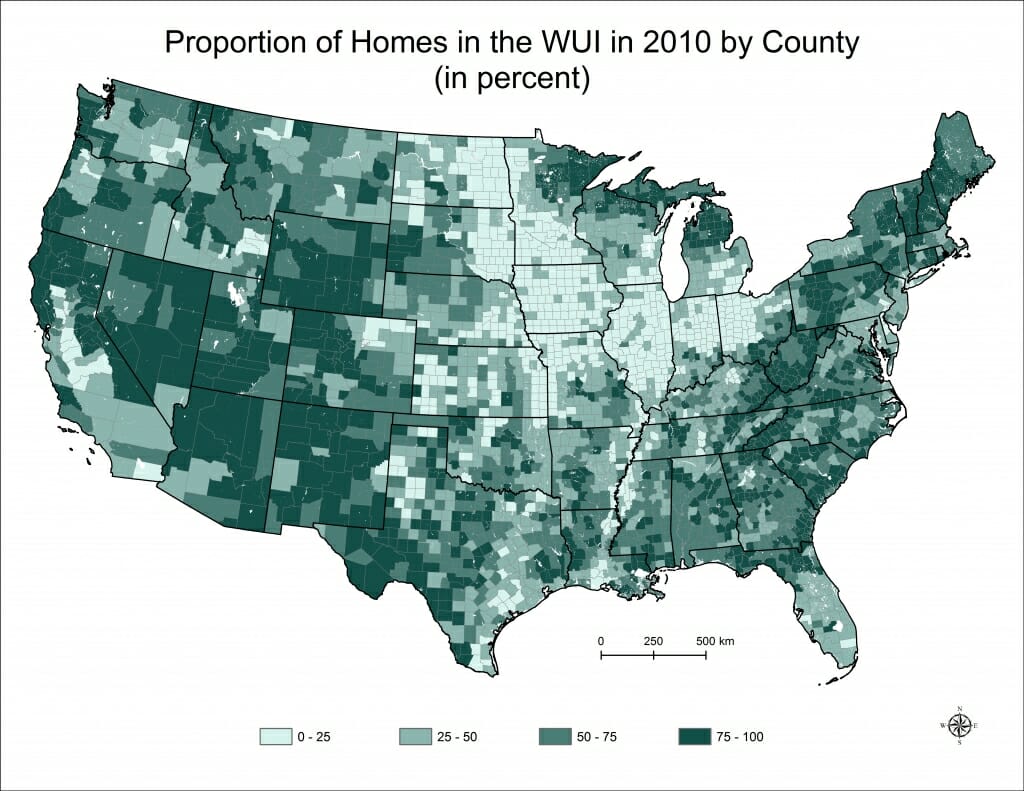 More than 10 million acres burned across the country during the 2017 U.S. wildfire season at a cost of more than $2 billion — the largest bill ever.

And while many factors affect the risk for wildfires, new research out of the University of Wisconsin–Madison shows that a flurry of homebuilding near wild areas since 1990 has greatly increased the number of homes at risk from wildfires while increasing the costs associated with fighting those fires in increasingly dense developments. 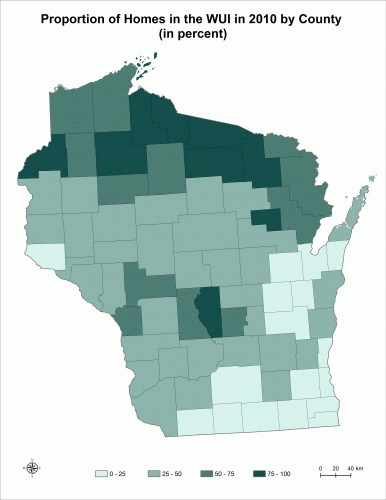 The so-called wildland-urban interface, or WUI, where homes and wild vegetation meet, increased rapidly from 1990 to 2010, adding a collective area larger than the state of Washington across the contiguous United States. While the regrowth of vegetation into previously developed or agricultural land accounted for a portion of this increase, 97 percent of the growth in the WUI was attributable to homebuilding in areas that were once sparsely settled. This is the first study to establish the primary cause behind increases in the WUI in the United States.

The increase in the WUI also affects the spread of invasive species, pollution, and the spread of disease between pets and wildlife, scientists say. Denser housing is also associated with more human ignition of wildfires.

The study is published March 12 in the Proceedings of the National Academy of Sciences. Volker Radeloff, a professor of forest and wildlife ecology at UW–Madison, led the work, along with colleagues in the U.S. Department of Agriculture, the U.S. Geological Survey, the University of California, Berkeley, the University of Haifa–Oranim in Israel and the Conservation Biology Institute in Oregon.

“We’ve seen that many wildfires are caused by people living in close proximity to forests and wildlands. And that when these fires are spreading, they are much harder to fight when people are living there, because lives are at risk, because properties have to be protected,” says Radeloff, who wanted to use the current study to understand how that risk developed over time. 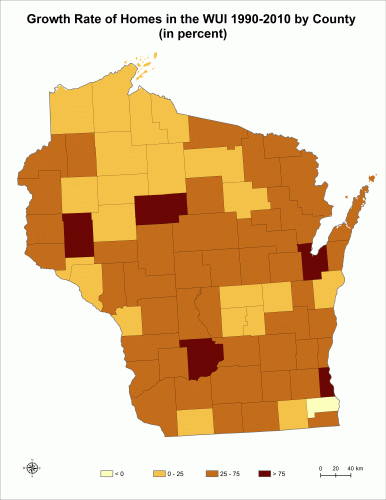 Overlaying information from the USGS’ National Land Cover Database on modified Census data, Radeloff’s group tracked the change in the WUI over the 20-year study period. They found that 9.5 percent, or 190 million acres, of the continental United States fell into the WUI in 2010, up from 7.2 percent 20 years prior. The number of houses within the WUI increased from 31 million to more than 43 million in the same time period.

Much of the growth in WUI occurred east of the Mississippi River in the densely populated eastern region of the country, as well as in Southern states like Oklahoma and Texas. Substantial increases in the WUI also occurred out West, where wildfires have attracted widespread attention. But Radeloff notes that a larger portion of public lands unavailable for development, mountainous areas and reduced access to water limit the maximum growth in WUI in that region. Wildfires occur across the country, but not all receive national media attention.

Combined with the increase in conditions favorable for wildfires to spread linked to climate change, the increase in the WUI — reflecting the growing number of homes susceptible to burning and their role in fire ignition — is expected to lead to more severe wildfire seasons. The researchers recommend a suite of land management practices to limit the negative effects of expanding WUI, such as vegetation management, use of appropriate building materials and zoning regulations informed by wildfire risk. 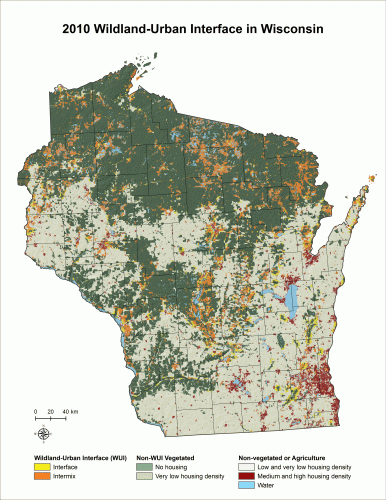 “So there’s a lot that can be done. And I think what our data shows on the development side, and others have shown on the climate change side, we better start doing it or otherwise we will have news like what we had last fall again and again,” says Radaloff, referencing the devastating wild fires that swept through densely populated regions of northern California.

Admitting that it might seem counterintuitive, Radeloff says he is glad that people want to live where development meets wild lands.

“I think it reflects that people love nature. That’s a very good thing. They’re making the biggest economic decision of their life and it reflects an affinity to be close to wild places,” he says. “That is great — it’s just that when millions of people do it at the same time that the effects are what I don’t think anyone wants to see. And dealing with that is what I hope our work will help do.”

This work was funded in part by the U.S. Forest Service Northern Research Station, the interagency Joint Fire Sciences program, the Land Change Science Program in the US Geological Survey Climate and Land Use Mission Area, the Fulbright Exchange program and the Foundation for Science and Technology of Portugal. 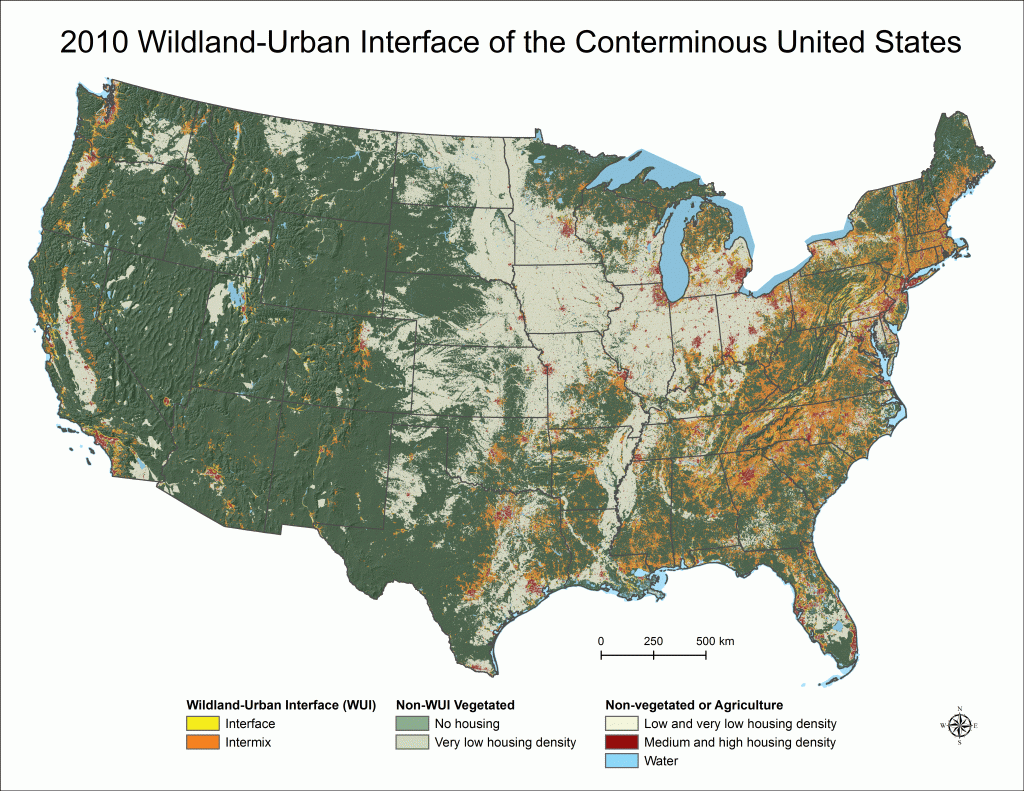