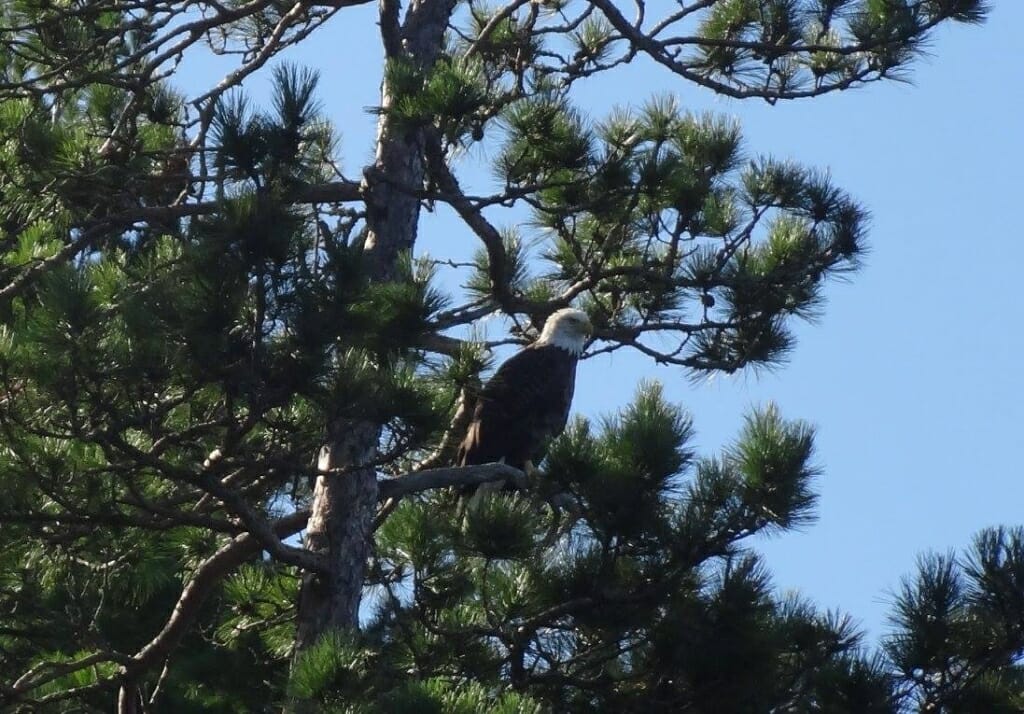 Bald eagles tend to nest along the many lakeshores in Voyageurs National Park, Minnesota. Jennyffer Cruz

Reproduction among bald eagles in a remote national park in Minnesota was aided when their nests were protected from human disturbance, according to a study published today (Jan. 9, 2018) in the Journal of Applied Ecology.

The study, by researchers at University of Wisconsin–Madison, the National Park Service and the U.S. Geological Survey, focused on a nest-protection program that was based on the logical assumption that endangered birds would reproduce and prosper if people are kept away from their nests.

The assumption was logical, but unproven, says study author Ben Zuckerberg, an associate professor of wildlife ecology at UW–Madison. By combining more than 40 years of data from Voyageurs National Park, along the Canadian border, he, post-doctoral researcher Jennyffer Cruz and colleagues found that the breeding population of bald eagles at Voyageurs rose from fewer than 10 pairs in the late 1970s to 48 pairs by 2016.

The study’s other authors were Steve Windels and Leland Grim from the National Park Service, Wayne Thogmartin from the U.S. Geological Survey, and Shawn Crimmins from UW-Stevens Point.

Those numbers, however welcome, did not prove whether nest protection played any role in the increase. 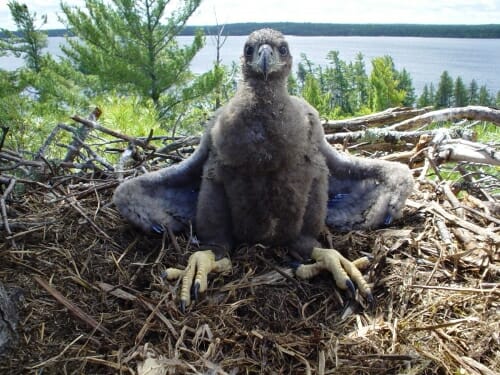 Starting in 1991, park staff began to sequester an average of nine eagle nests per year, using warning signs to deter boaters and campers.  When looking at nests rather than the overall population, protection significantly improved breeding activity, with annual increases of 8 percent in nesting success (meaning the breeding pair had at least one young) and 13 percent in the average number of young per occupied nest.

Overall the number of breeding pairs (whether successful or not) rose from 10 to 48 pairs between 1991 and 2016. To save time and reduce disturbance, the surveys were done from the air. 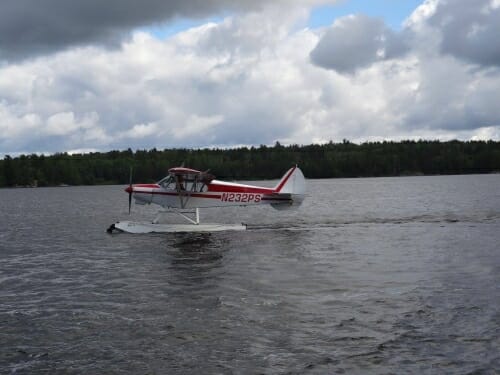 The question of how much of the increases were due to nest protection is more complex than it sounds, as documenting the impact of protection requires more than counting breeding pairs and their offspring. For example, other researchers have seen strong benefits for nests and birds protected from predators by fences, “but they did not necessarily account for predation of eggs in the unprotected nests,” says Cruz. “Overall, even if the protection registered as positive from looking only at the managed nests, it could be negative for the whole population.” 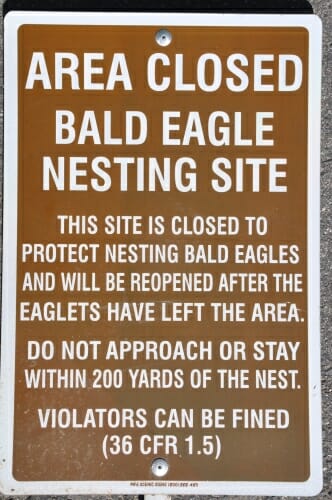 To straddle this hurdle, the researchers developed an analysis that looked at both nests and the overall eagle population. “Counting alone does not allow you to say that management is doing what it is supposed to be doing,” says Zuckerberg. “The model we developed opened the door to that.”

Bald eagles are still rebounding in the United States following the banning around 1970 of DDT, an insecticide that mimics hormones and caused a fatal weakening of eggshells. Bald eagles primarily eat fish, but also scavenge for carrion and occasionally eat waterbirds and their eggs. They prefer to nest in tall trees along river and lake shorelines.

In order to compare managed and unmanaged nests, and deduce what protection means for the entire population, the researchers integrated their data with a modeling framework that looks at:

“We asked a series of questions,” says Zuckerberg. “If the nest is occupied, what is the chance they will have young? If they do have young, what is the chance that they have more than one? How is that different in managed versus unmanaged nests? Given the level of management that happens year to year, how did the population grow and how would that compare to the situation in the absence of management?”

In a bottom-line result, the researchers concluded that protection increased the number of breeding pairs at Voyageurs by 37 percent; other factors accounted for the rest of the increase. 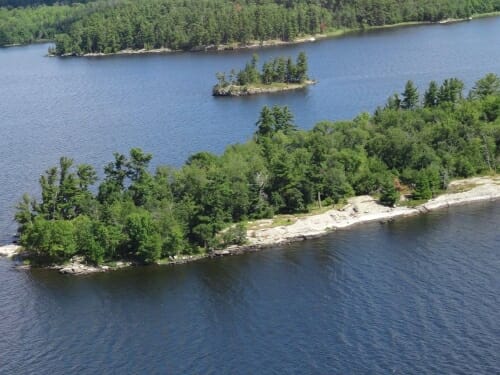 About one-third of the area in Voyageurs National Park is water. Jennyffer Cruz

Although the result is most relevant to large, undisturbed habitat like Voyageurs, “the model can be used for other raptors, in other places, regardless of the level of disturbance,” says Zuckerberg. “Long-term monitoring data is really hard to fund, but it’s critical for conservation. This is a perfect example of the benefits of collecting data in a standardized way over a long period of time.”

The benefit of protection may seem logical, but getting the science straight is vital, since protecting nests and counting eagles carries costs. “There are very few studies of birds, mammals or reptiles that quantify the benefits to the population of protecting individuals or nests,” says Cruz. “Nest protection is widely used for other raptors, including many hawks and falcons, to quarantine them from human disturbance, even from activities that we don’t think would be all that disturbing, like camping, hiking or boating. But nobody has come along and asked, does protecting individual nests have a broader effect on the population? We know that habitat preservation is not always enough. When we talk about protecting areas, it’s important to think about managing the species as well.”

Funding was provided jointly by the U.S. Geological Survey and the National Park Service through the USGS-NPS Natural Resource Preservation Program. Federal grant number is G16AC00175.