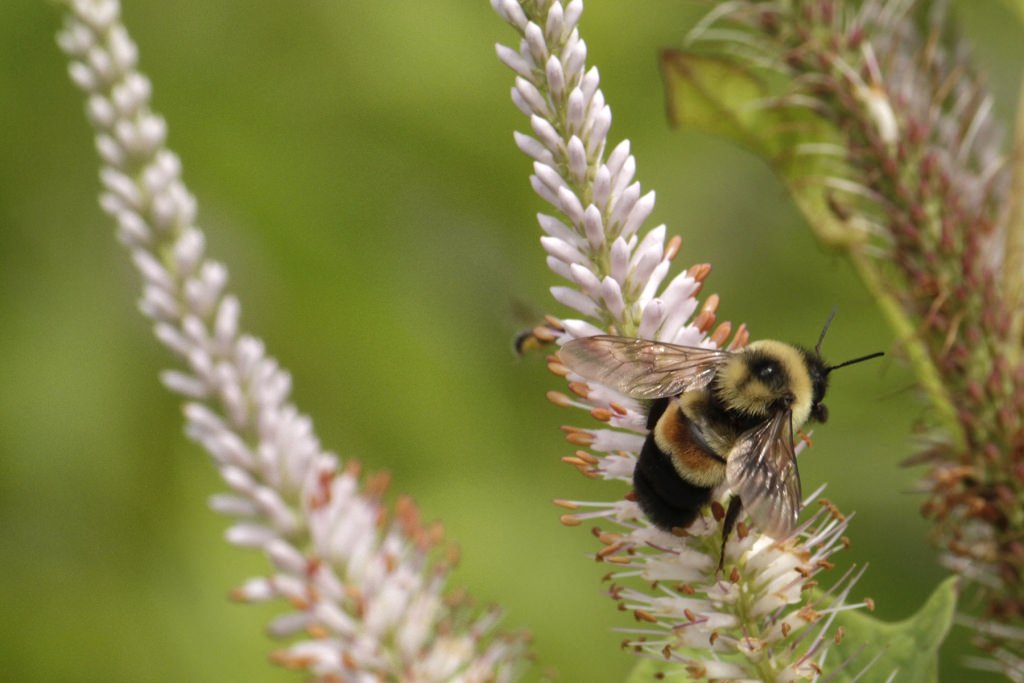 A proposal by the U.S. Fish and Wildlife Service to seek endangered status for the rusty-patched bumblebee has focused renewed attention on bumblebees living at the University of Wisconsin–Madison Arboretum. This 1,200-acre natural area in Madison still has wild populations of the rare insect, which was fairly common until about 20 years ago.

The proposal cited habitat loss, insecticide use and climate change as the primary causes of the bee’s decline. 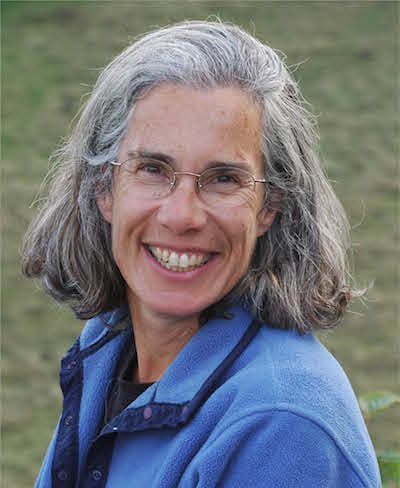 The reason was their seasonal cycle: This year’s colonies are no longer living and the queens for next season are already overwintering underground.

Unlike the better-known honeybees, bumblebees live in small colonies and store little nectar, so they must nest within flying distance of flowers. The Arboretum’s insecticide-free prairies, woodlands and gardens — with varied, abundant flowers that bloom from spring until fall — are a paradise for the rusty-patched and at least a dozen other bumblebee species.

Bumblebees nest in hollow logs, root cavities or underground. After they emerge from nests, generally in April, they immediately need to find nectar from flowering trees and woodland wildflowers. The procession of flowers concludes in October with the goldenrods and asters.

After discovering the rusty-patched bumblebee in 2010, the Arboretum initiated a pollinator monitoring project, now affiliated with the Wisconsin Citizen-based Monitoring Network.

Arboretum data were used in the Xerces Society’s 2013 petition for endangered status, and in the recent Fish and Wildlife Service species status assessment. The society promotes the study and conservation of invertebrate species and their habitats.

The rarity of the rusty-patched bumblebee was emphasized in 2014 when a conservation photographer set out to make a documentary about its decline. After visiting locations around the country and talking to several bumblebee experts, he and the filmmakers finally found and filmed the bee in Madison at the UW Arboretum.

The Arboretum is a research and teaching center devoted to restoring landscapes of Southern Wisconsin. Pollinator protection is one benefit of its habitat restoration efforts, which date to the 1930s. The center also promotes native habitat on public and private land.

Dozens of crops, including important ones like tomatoes, cranberries, apples and cherries, rely on pollinators — including domesticated honeybees, wild bees and other wild insects. For some of these crops, bumblebees are unique in their ability to use wing buzzing to release pollen from the flower. A 2012 study found that the total value of pollinators to farmers was $29 billion in 2010.

We know very little about most wild bees, but I think we need to be paying more attention.

More broadly, the disappearance of the rusty-patched is part of a larger picture of pollinator decline that has ecological, aesthetic and economic impacts.