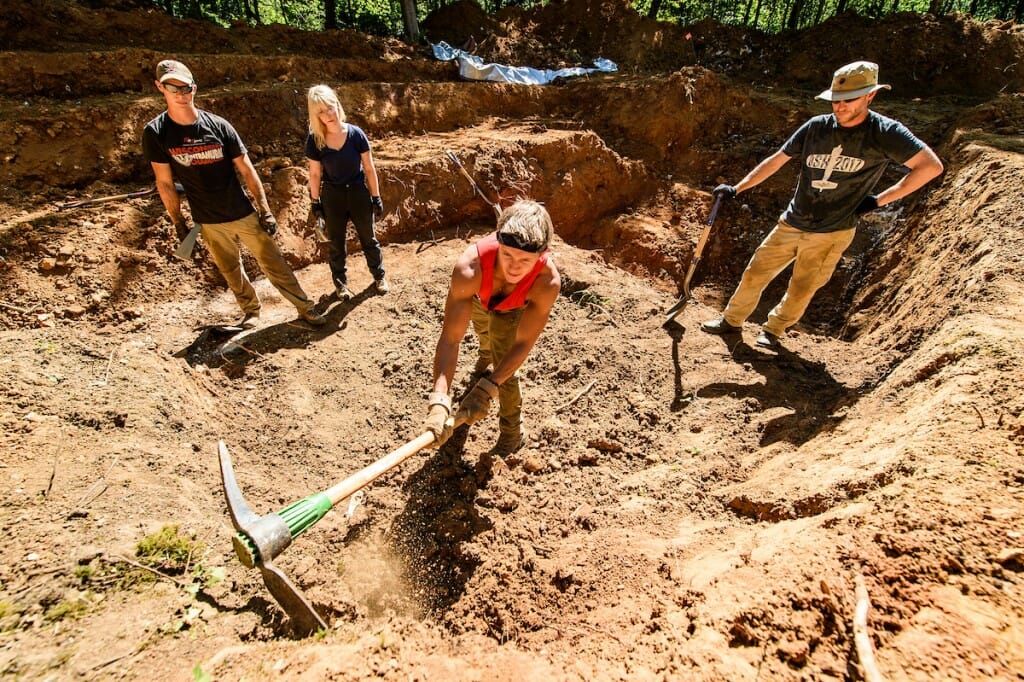 On Aug. 3, 2018, UW–Madison student Torrey Tiedeman (center) uses a pickaxe to remove soil from a dig site in northern France during a World War II M.I.A. soldier recovery mission that was a joint effort between the University of Wisconsin–Madison’s MIA Recovery and Identification Project and the U.S. Defense POW/MIA Accounting Agency. Photo: Bryce Richter

The University of Wisconsin–Madison team that recovered the remains of three American servicemen missing since World War II is putting the university’s expertise in DNA sequencing to work to guide searches for more missing, and will return this summer to a recovery site in Belgium they began excavating in 2019.

The COVID-19 pandemic kept the UW MIA Recovery and Identification Project from the second of two planned trips to an area near Bastogne where they hope to find a crew member missing since a World War II plane crash.

“I’m sure the site is overgrown, and we’ll have to go back almost to square one to clear it all again before we can pick up where we left off,” says Charles Konsitzke, associate director of the UW Biotechnology Center and team lead for the MIA Project. “But we’re all looking forward to the opportunity to complete this project and give another family closure.” 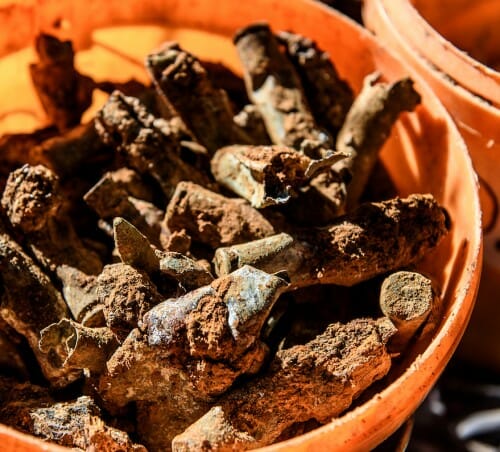 Since 2014 the UW–Madison group has had a hand in returning the remains of U.S. Army Air Force pilots 1st Lt. Frank Fazekas and 2nd Lt. Walter B. “Buster” Stone and Army soldier Pfc. Lawrence S. Gordon, and they’re at work preparing for another case in partnership with the Department of Defense POW/MIA Accounting Agency.

DPAA funding supports much of the work done on cases chosen by the agency, though the UW MIA Project must raise a significant portion of costs associated with preliminary work on cases involving Wisconsin soldiers.

The MIA Project will host COMING HOME, a live, online concert at 2 p.m. on Sunday, March 27, as part of its fundraising efforts. The concert, which includes local bluegrass bands Armchair Boogie and Horseshoes and Hand Grenades as well as Six Mile Grove, veteran Theresa Bowman (known in the music industry as Filitaliana) and more, will be streamed on the MIA Project’s website. While there is no charge for access, there is a suggested donation of $25 per household.

About 14 staff and volunteers will travel to Belgium in June, but the MIA Project has already made its first forays into the field this year, taking samples of water and sediment from the underwater site of a plane crash close to Saipan, an island and American commonwealth near Guam in the western Pacific Ocean.

“What we do here at the Biotechnology Center is then extract all the DNA from those samples to see if there are high levels of human DNA,” says Konsitzke. “If that’s the case, there are likely human remains at that site, and our results can help plot the best places to begin searching.”

The Saipan site is in about 65 feet of water, but collaborators from the University of California, San Diego’s Scripps Institution of Oceanography have taken samples from another site nearly 1,000 feet deep. 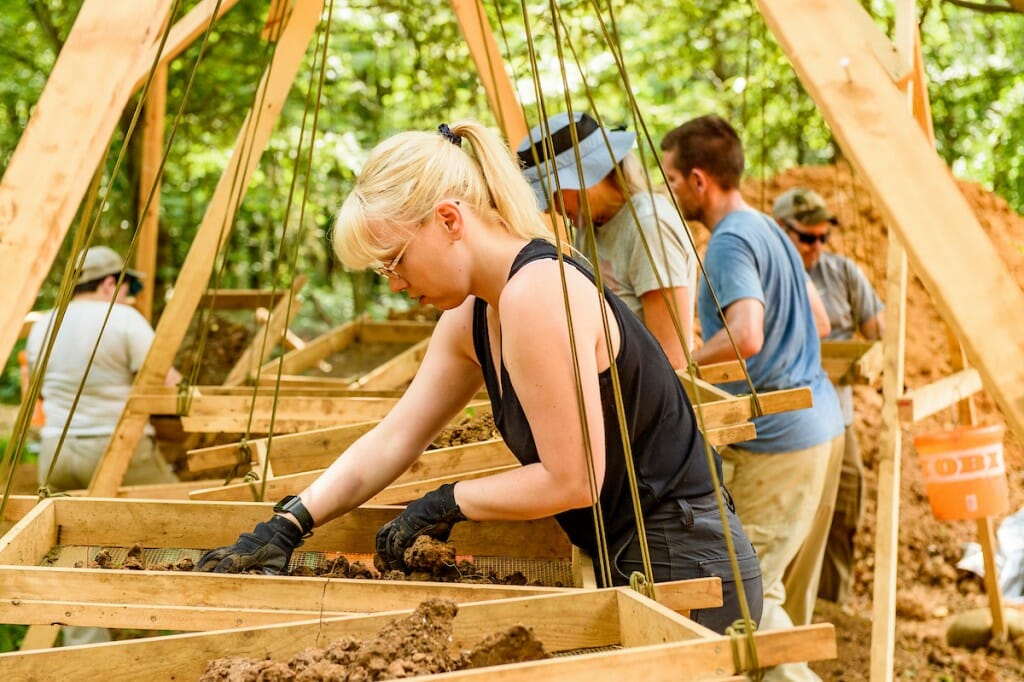 The DNA processing work, led by Biotechnology Center researcher Bridget Ladell, is just one of many contributions to the search for those missing from past wars that make the MIA Project unique. As the first academic partner the Department of Defense took on to try to recover missing remains, UW–Madison stands out even after more than 60 colleges, universities and other organizations have worked with DPAA.

“Many of them specialize in a small part of the whole process,” says Konsitzke. “At UW–Madison, we can cover the spectrum of expertise you need for a recovery — from historical analysis and geophysical science to anthropology and archaeology to biological testing and forensics.”

Staff and student volunteers, including students in the History Department’s Missing in Action Seminar — taught by Vaneesa Cook, lead historian for the UW MIA Project — are investigating several dozen Wisconsin cases. Konsitzke hopes to find funding enough that the MIA Project can carry out a recovery mission for one of the many cases of missing Wisconsinites the students have compiled.

“Every case we can help close is important to many people and rewarding, but to be able to use all our experience and expertise to return someone from Wisconsin to their family would be special,” Konsitzke says.

Related from On Wisconsin magazine: A Hero Comes Home