But it has been more than 70 years since Fazekas’ P-47 Thunderbolt crashed in northern France, just over a week before the D-Day invasion in 1944. For nearly all that time those facts were in question, and Fazekas was listed among the missing from World War II. 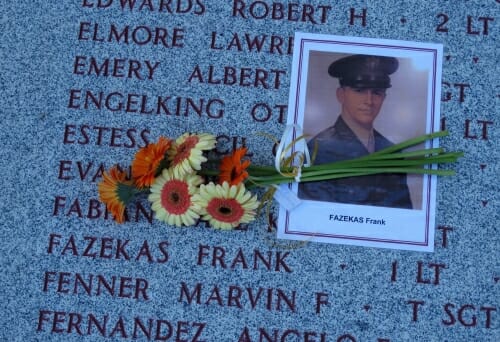 1st Lt. Frank Fazekas’ name remains on the wall of the missing at the Ardennes American Cemetery in Belgium, but a rosette will be placed next to it to show he has been found. Courtesy of Danielle Roubroeks

That’s not the case anymore. With help from the University of Wisconsin–Madison’s Missing in Action (MIA) Recovery and Identification Project, the U.S. Department of Defense POW/MIA Accounting Agency (DPAA) has officially changed Fazekas’ status to accounted for.

“We would certainly love to be there when he gets his military honors at Arlington,” says Ryan Wubben, medical director of UW Med Flight and a member of the UW–Madison team. “That, I think, is what we’d see as the culmination of our work. That closes these two years that we really put in for Lt. Fazekas — and for his son, Frank.”

This summer was the second in which members of UW–Madison’s MIA Project spent weeks carefully excavating the crash site in a farm field near the French village of Buysscheure. 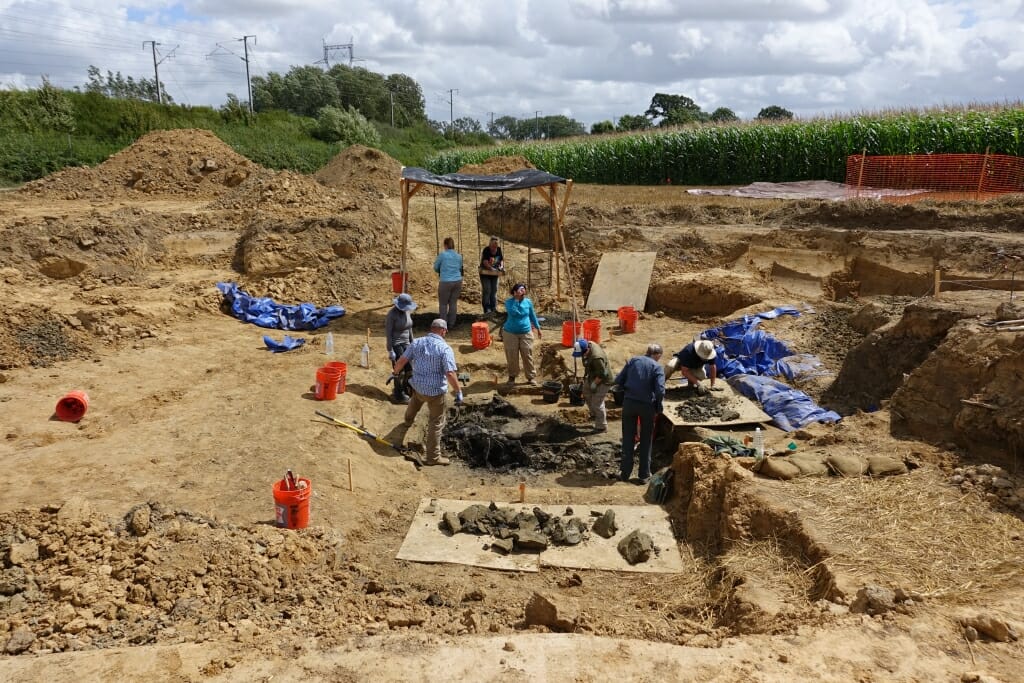 UW–Madison investigators work in August more than 5 meters beneath the surface of a farm field to carefully excavate the burned debris from the cockpit of 1st Lt. Frank Fazekas’ World War II fighter plane. Courtesy of Diane France 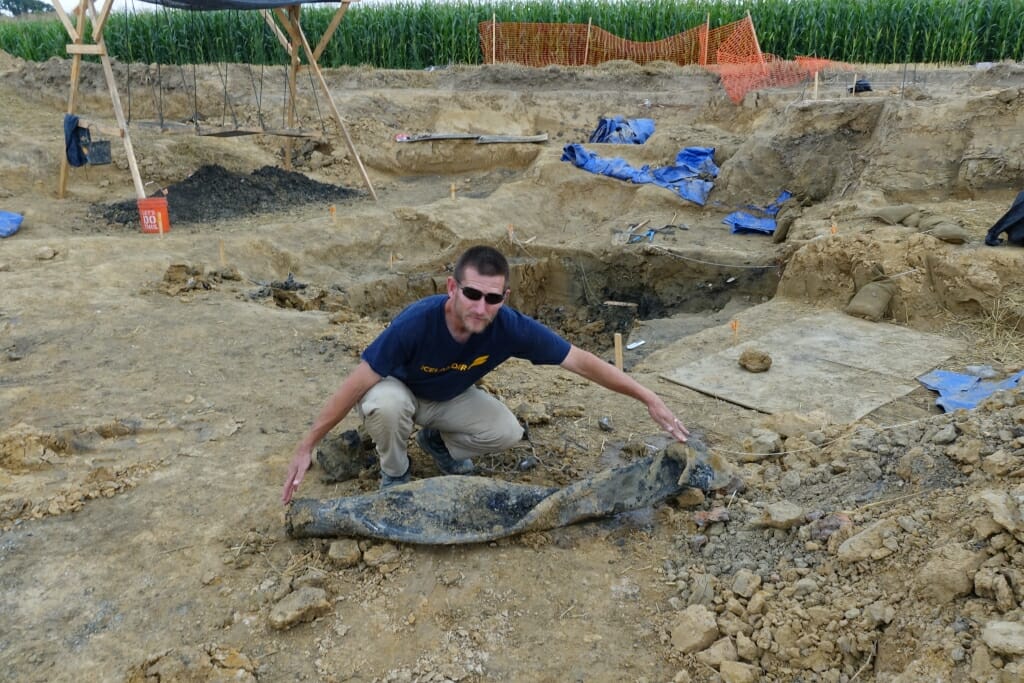 Ryan Wubben poses in August with a propeller blade from 1st Lt. Frank Fazekas’ P-47 Thunderbolt, freshly excavated from the site of the 1944 crash. Courtesy of Diane France 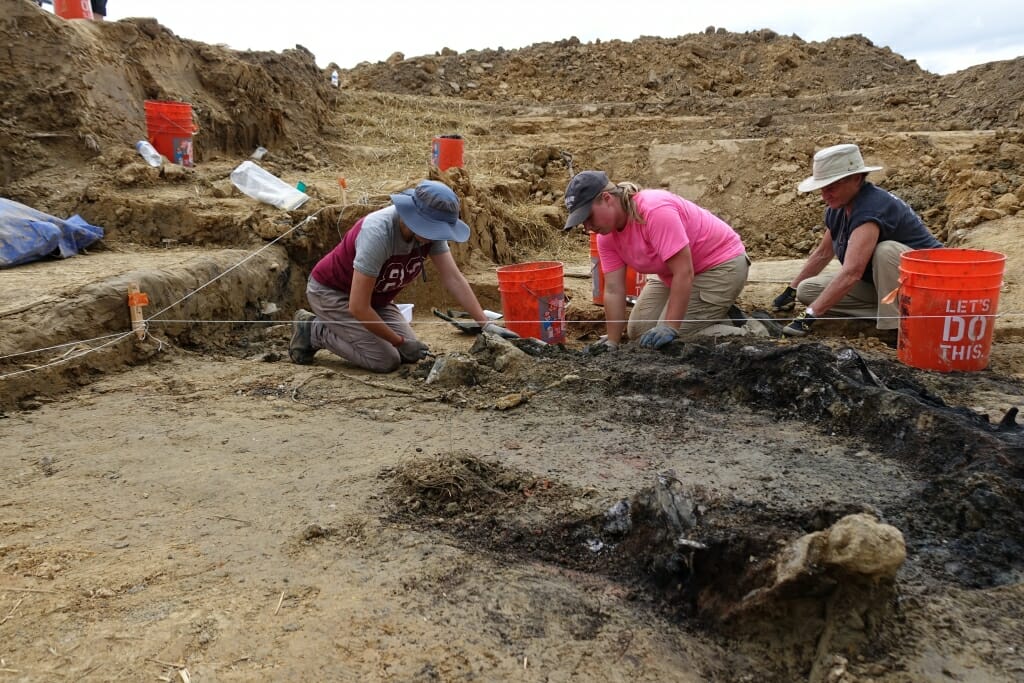 Excavators (from left) Sarah Clayton, Claire Steffan and Diane France work meticulously in August to recover the remains of 1st Lt. Frank Fazekas from among airplane debris and personal items — such as silk maps and English coins — in the cockpit when the plane crashed in a French farm field in 1944. Courtesy of Diane France 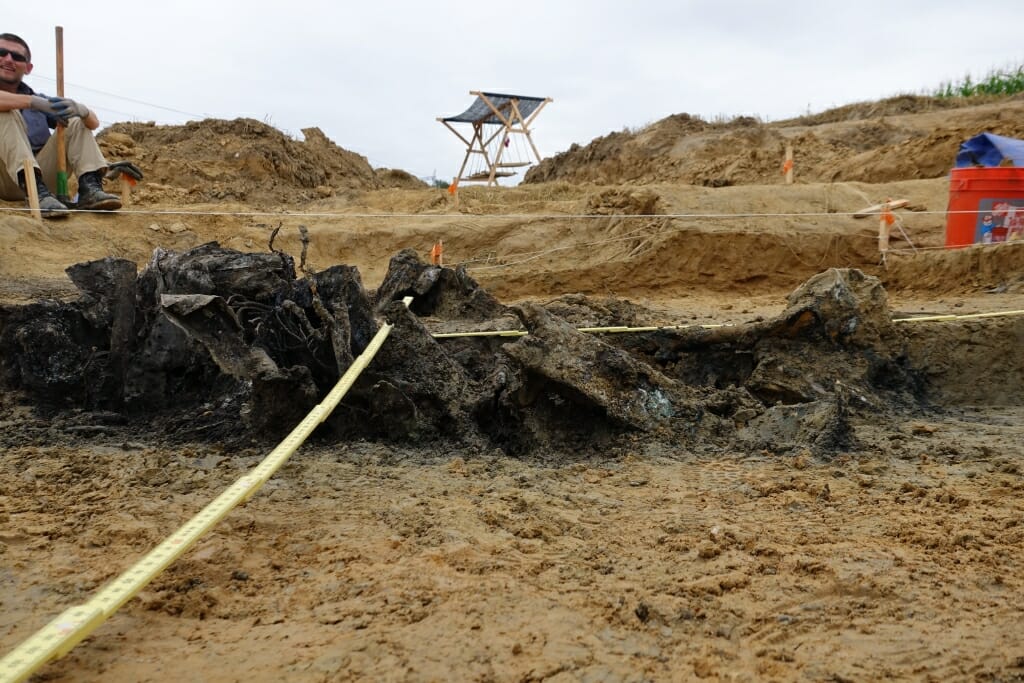 The bulk of the burned cockpit and engine debris from the crash of 1st Lt. Frank Fazekas’ World War II fighter plane was buried more than 5 meters deep beneath a farm field in northern France. Courtesy of Diane France

In 2016, they found the likely wreck location through historical detective work, and that excavation recovered the P-47’s heavy .50-caliber machine guns — with serial numbers that confirmed they’d found the right plane — and possible human remains. The Wisconsin crew worked closely with DPAA lead forensic anthropologist William Belcher, Belgian interpreter and WWI and WWII historian Danielle Roubroeks, and the pilot’s son (also named Frank Fazekas), who made the trip to France to shovel and sift with the excavators.

In July and August of 2017, the group — at the request of DPAA, and with continued support from Belcher and Roubroeks — returned to the French field, clearing hay from the crash site and reopening the excavation.

“Going back was based on a lot of factors,” says Charles Konsitzke, associate director of the UW Biotechnology Center and facilitator for the MIA Project. “DPAA certainly considered the wishes of the survivors, and what the family members felt best for their loved ones. We were happy to return.” 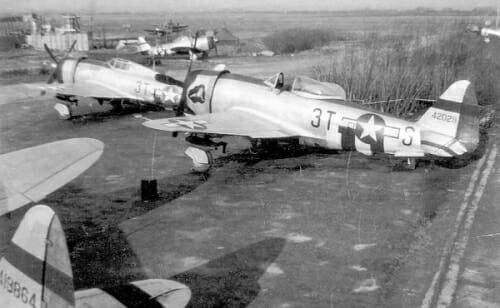 This P-47 Thunderbolt was flown by the 22nd Fighter Squadron — the squadron of 1st Lt. Frank Fazekas. Courtesy of Ryan Wubben

Archaeologist and forensic anthropologist Leslie Eisenberg, an honorary fellow in the UW–Madison anthropology department, guided Konsitzke, Wubben, anthropology faculty and students, and DPAA representatives in a careful excavation. Using a backhoe and filling and painstakingly screening buckets of dirt, they dug through more than five meters of soil and clay to reach the base of the crash site.

“We didn’t find many of the kind of large, recognizable pieces of the plane I expected, and that speaks to the nature of the crash,” Eisenberg says. “But every piece of metal we took out this summer was carefully cleaned and examined.”

In the end, Eisenberg says, the excavation yielded the remains that were turned over to the local French police, who maintained an evidentiary chain of custody until U.S. military personnel could take possession of the remains and return them to the United States.

“Analysis of those remains was conducted by Defense Department experts in the United States, and that’s how they make a DNA match and definitively determine it was Lt. Fazekas who died in his plane,” Eisenberg says. 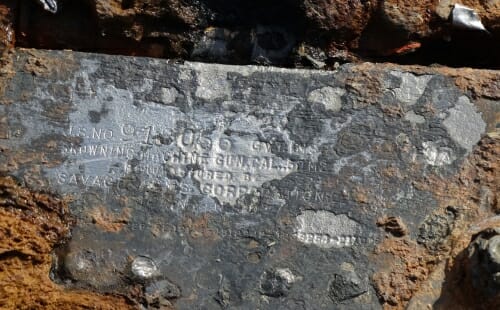 Serial numbers on the machine guns recovered from the excavation in 2016 matched records from the plane flown by 1st Lt. Frank Fazekas. Courtesy of Danielle Roubroeks

The successful collaboration between UW–Madison and the military in 2016 and 2017 was one of the first of its kind.

“As a pilot project, it helped pave the way for additional partnerships and other novel arrangements between DPAA and academic institutions like ours,” Konsitzke says.

“We learned so much over the course of two years,” says Konsitzke. “We all feel that this is a worthy cause, and that we have experience and expertise to do it well.”

Fazekas’ name remains on the wall of the missing at the Ardennes American Cemetery in Belgium, but a rosette will be placed next to it to show he has been found.

“It’s surprising to go to these cemeteries in Europe and see just how many of those guys are still unaccounted for,” Wubben says. “To see the way the community in France responded and the way Frank Fazekas, the son, responded to this, you can’t help but think about looking for the next case.”