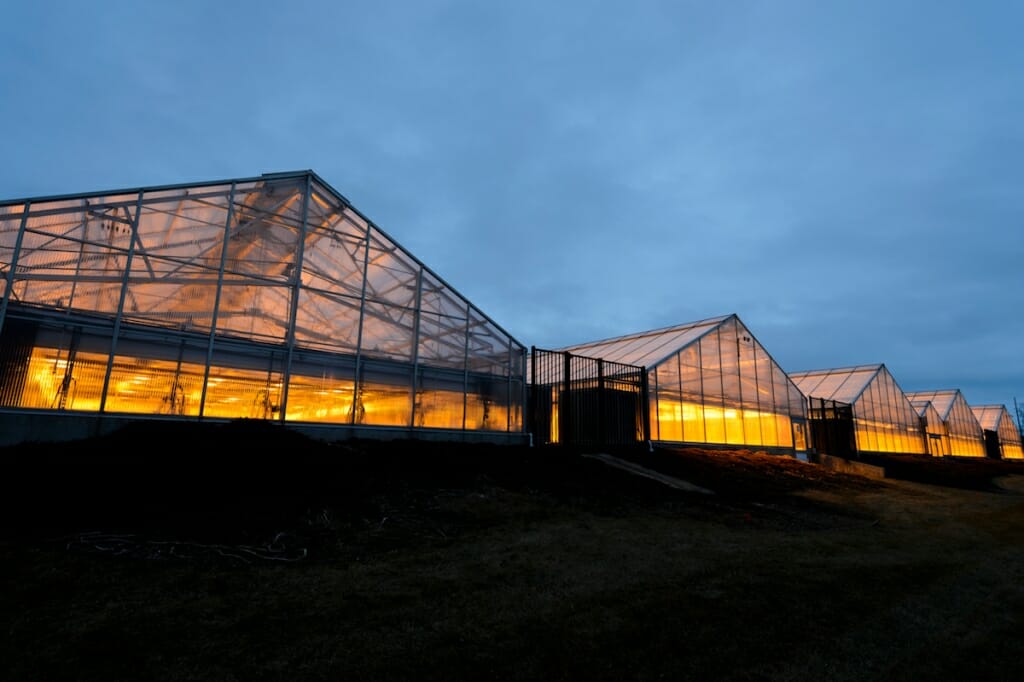 When Kit Carlson read that Monsanto was donating its Middleton research center to the University of Wisconsin–Madison in 2017, she knew it meant new opportunities for her students at Madison College.

“So about 3 o’clock in the morning, I emailed Shawn Kaeppler and asked, ‘How can I be involved?’” remembers Carlson, a botany instructor at the school formally known as Madison Area Technical College. “And I was literally visiting them the next day.”

Kaeppler, a UW–Madison professor of agronomy, is now the director of the Wisconsin Crop Innovation Center, the agricultural biotechnology research outpost that grew out of the donated facility. Carlson and Kaeppler quickly started sketching out ways for Madison College students to get involved at the new center. WCIC hired several former students in its first couple years as summer interns and staff members.

This summer, Carlson secured a National Science Foundation grant to support a three-year-long internship program at the center. The program offers the college’s liberal arts students, who typically aim to transfer to four-year schools, the laboratory experience that will help them succeed as they explore scientific career paths.

Student seems ‘quite at home’

More than 40 students applied for seven available slots. The selected interns were assigned to departments around the facility that work together to test and implement new gene editing technologies for improving crops. Students are developing new technologies to shuffle genes around, transferring traits into crops and maintaining plants in the facility’s 26,000 square feet of greenhouses.

Ava Dresen learned about the program while taking one of Carlson’s courses.

“She was super excited about it, and I’m going into the plant sciences, so I thought this would be a great opportunity to spend my summer getting a lot of experience in the lab,” says Dresen. “This is the first internship I’ve had, first time I’ve worked in a lab.” 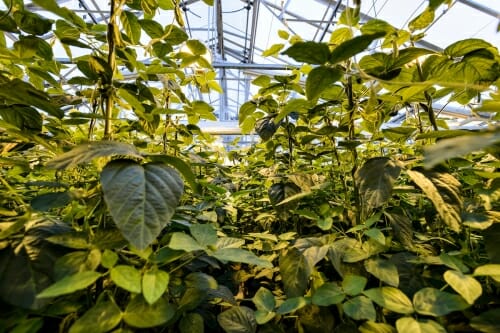 Working with UW’s Ed Williams and Brian Martinell, Dresen is testing out improved methods for delivering genes into corn, sorghum and soybean plants. The work requires meticulous cleanliness to protect plants from infection during handling and careful project management to identify the most efficient way to add new genes.

“I’m surprised to hear you haven’t had a lab job and this is your first because you’ve been quite at home,” Williams tells Dresen as she sits by her lab bench strewn with plant samples and notes.

Dresen is enrolling at the University of Minnesota Twin Cities in the fall, where she plans to continue pursuing plant science.

A need for these skills

“The internship helps us educate the public and students about plant genetics and biotechnology and to share what we do,” says Heidi Kaeppler, the transformation technology director at WCIC who co-leads the program with Carlson. “And it gives us an additional stream of potential applicants for our positions. There’s a need for people with these skills. We’re being contacted by industry and other universities, and so it gives us some names to share with those places too.”

The paid internship provides students with experience interviewing and assessing their progress toward written goals. Heidi Kappeler is planning to present lectures on plant biotechnology at Madison College this fall to introduce more students to the field and cement the relationship between the college and WCIC.

Parimah Yarahmadi moved to Madison from Iran two years ago to pursue college, drawn by the educational opportunities in the area. She spent two semesters at the technical college as a lab assistant for Tiny Earth, a worldwide antibiotic discovery project based at UW–Madison. This summer, she’s branching out to the plant world.

“This internship gives me the opportunity to become familiar with the University of Wisconsin,” says Yarahmadi. “Mostly I’m interested in the lab skills. We’re learning different methods here for transferring genes. The skills we learn here will transfer to other science programs.”

She is planning to transfer in the spring to UW–Madison, where she intends to delve into the health sciences. Her goal is to eventually attend a dental school and serve as a dentist to low-income populations.

The program will continue for at least two more years and might be extended beyond that. Carlson hopes it’s just the start of new opportunities for her students and others at Madison College.

“The challenge we have is our liberal arts students don’t get exposed to the same career and research opportunities as students who are starting at a four-year college already have, so they could be at a disadvantage,” says Carlson, who envisions building on the success at WCIC to extend the program to other institutions.

“One of our goals is a cultural shift so it becomes the norm for our transfer students to have internships and research experiences and begin exploring what careers are available,” Carlson says.