In a busy and productive 2021 for UW–Madison research, these stories stood out

The year 2021 began with hope, as we watched millions of vaccines make their way across the country and into eager arms. While we are still not where we’d like to be — vaccination has stalled across the country and new variants have changed the rules — we are also a far cry from where we were in 2020, especially at UW–Madison, which boasts a vaccination rate of more than 95 percent. And among those who are vaccinated, COVID-19 has largely been reduced to a nuisance.

Students have returned to campus, labs are back to work once again on critical projects to advance our understanding of the world (and beyond!), in-person talks and events have resumed, and we’re beginning to pick up where we left off — albeit much changed. This year, we covered a range of insightful, fun and important stories, and kept an eye on things that matter most, like saving lives, addressing racial disparities and probing the universe for the answers to fundamental questions.

Here is our list of the stories that stood out most. 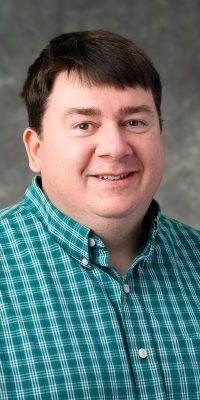 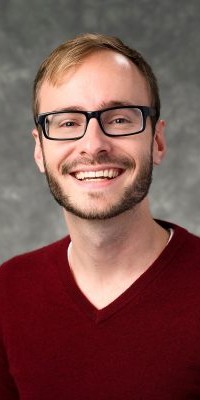 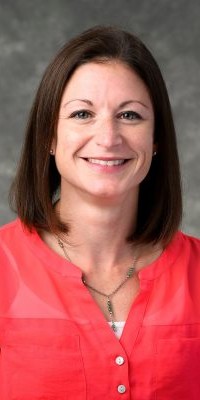 Daddy longlegs might be a common sight on walls and sidewalks, but there’s nothing common about those legs. From specimens collected outside Birge Hall, UW–Madison researchers became the first to assemble the daddy longlegs genome. By manipulating daddy longlegs’ eggs, the scientists identified genes that give rise to both the lengthy appendages and the many bendy sections that make them uniquely perfect for exploring, grabbing and climbing.

Tom Brock, who laid foundations for PCR, passes away

The university — and the world — lost a giant this year with the passing of Tom Brock. As a young professor, Brock discovered microbial life growing in the boiling-hot pools of Yellowstone National Park. Years later, those heat-loving microbes formed the basis of polymerase chain reaction, which amplifies DNA so it can be studied. PCR became the foundation for all modern biology, driving the sequencing of the human genome and countless new therapies. During the pandemic, PCR became part of our daily lexicon since it underpins our best COVID-19 tests. As if that’s not enough, Brock and his wife Kathie also founded their own publishing company and spent decades restoring land in Wisconsin’s Driftless Region. Watch video.

Researchers at UW–Madison are working on improvements to the performance of our communications technologies. This year, they took a major step by generating the smallest ribbons of graphene ever produced. A so-called “wonder material,” graphene is an ultra-thin single layer of carbon that is inexpensive, easy to work with and offers a range of useful properties for everything from telecommunications to solar cells. To maximize its performance, researchers need to make it incredibly small — we’re talking nanometers, about 100,000 times smaller than the width of a human hair — and so they did. Teams in Physics and Engineering got within a couple nanometers of their goal and continue to work toward even smaller structures. Plus, an image of these ribbons took home a prize in the 2021 Cool Science Image contest.

Thousands of years ago, as humans developed agriculture around the world, one band of farmers in the Hindu Kush mountains gifted the world with a brand-new veggie: turnips. That’s the finding of a new analysis of the jumbled genomes of turnips and their closest kin by botanists Eve Emshwiller and Alex McAlvay. Until now, the family history of these humble mainstays had been impossible to untangle. As the original turnip spread east toward East Asia and west toward Europe, other farmers selected for the bigger leaves of bok choy or broccoli rabe, ultimately developing many different veggies from a single species. The information could help protect these crops from pests. Plus, as McAlvay says, “it’s fun to know where your crops are from.”

We can now see around corners in real time

As if from the pages of science fiction and the imaginations of children, UW–Madison researchers are developing technology that lets us see around corners. Andreas Velten and his lab have been working to make this technique a reality for a decade. In fact, this isn’t the first time this work has made our round-up. But, this year, they reported a big leap: real-time video of hidden scenes, rather than static images. Although the lab used custom equipment to accomplish this feat, the basic components are widespread and affordable, even finding their way into the latest iPhones. With a little more refinement, the technology could be widely deployed to help in search-and-rescue, medical imaging and other applications. Watch video.

In March 2020, as campus shut down and emptied, many employees stayed behind to make sure buildings were tended to, students were supported and critical research carried on. When University Health Services received its first batch of vaccines in January 2021, health care workers and others on the frontlines became the first to get jabbed. As more people met federal and state eligibility criteria, UHS held special clinic hours to help vaccinate second and third shift workers, assisted by the dedicated staff of Cultural Linguistic Services. The clinics were intended to reduce barriers to vaccination, address racial and ethnic disparities in the impacts of COVID-19, and boost vaccination rates on campus. By December 2021, nearly 96 percent of UW–Madison staff would be vaccinated.

Why do we call it herd immunity?

Would you believe it was a herd of mice? One of the biggest buzz-phrases of the pandemic — describing the point at which immunity from a circulating pathogen for some begins to protect even those who aren’t immunized — reaches back nearly a century to a study of bacteria and rodents.

Drugs for Parkinson’s disease work well for many patients, but their effectiveness wanes as the disease progresses, damaging brain cells and worsening truly debilitating symptoms. Scientists have tried implanting new brain cells but struggled to produce enough cells and to keep the body from rejecting them. This year, UW–Madison researchers revealed they’ve grafted neurons grown from monkeys’ own cells into the animals’ brains. The cells successfully integrated with surrounding brain tissue and relieved the tremors and depression associated with Parkinson’s. The next stop may be human clinical trials.

The earliest reports of a cluster of pneumonia-like cases in Wuhan, China, reached infectious disease specialists around the world on Dec. 30, 2019, via ProMED, created in 1994 as the first outbreak news service. UW–Madison alum Stephen Morse, a virologist and epidemiologist, envisioned it as a globe-spanning network of early warning systems for new communicable diseases. Morse organized an important scientific conference in 1989 that built momentum for pandemic planning and put a name to the sparks that ignite pandemics: emerging viruses. On Wisconsin magazine’s profile of Morse is full of fascinating surprises, like where the word “influenza” comes from, which Wisconsin city has its own viral namesake, and what it’s like to pick up a library book and see that the last person to check it out won a Nobel Prize.

Understanding some of Earth’s most destructive storms

Have you ever noticed that when you turn on your faucet and allow the water to hit the basin, it forms a ring-like shape where the water appears to rise up and churn? That’s a phenomenon called hydraulic flow, and researchers relying on high-resolution supercomputer simulations developed at UW–Madison found that it contributes to the formation of above anvil cirrus plumes, another natural phenomenon behind some of Earth’s most destructive tornadoes. Work into what drives these plumes could help forecasters better understand when a thunderstorm could become especially dangerous, and, says study co-author Leigh Orf, it may help researchers better understand the implications of a changing climate.