Why do we call it herd immunity? 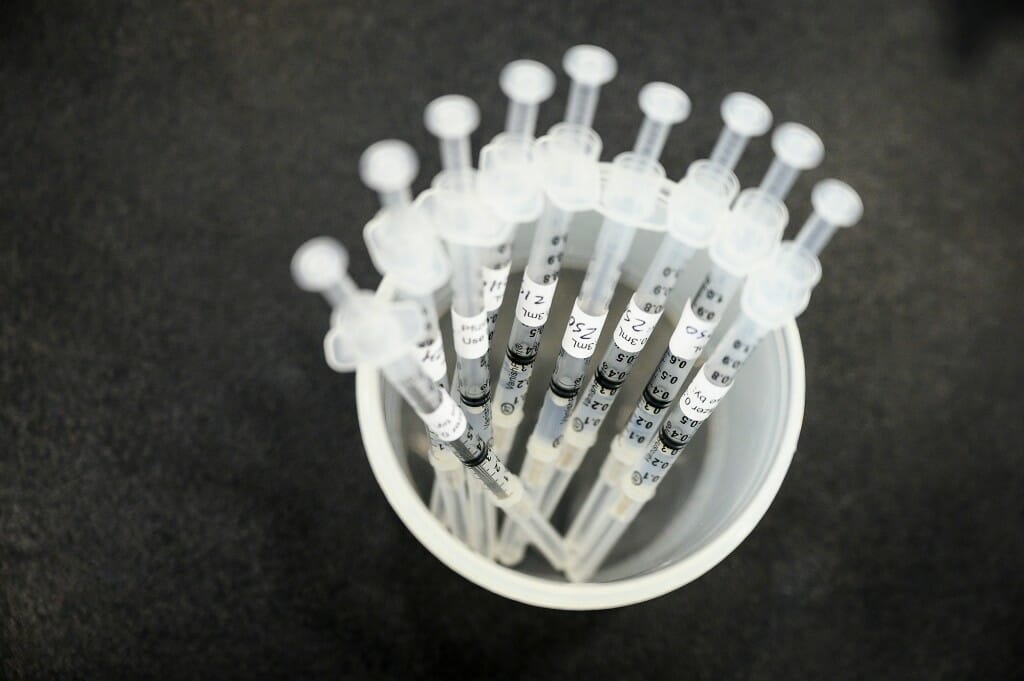 Syringes with the Pfizer-BioNTech vaccine await use a University Health Service vaccination clinic. The idea of herd immunity — brought about my mass vaccination — has evolved in the past century. Photo: Jeff Miller

As the world begins vaccinating more and more people against COVID-19, we’ve all heard about herd immunity in the news — the idea that if enough people receive the vaccination, even if it’s not the entire population, the virus won’t be able to find enough infectable people to sustain its spread.

But where did the term “herd immunity” come from, and how has its meaning changed over the years? 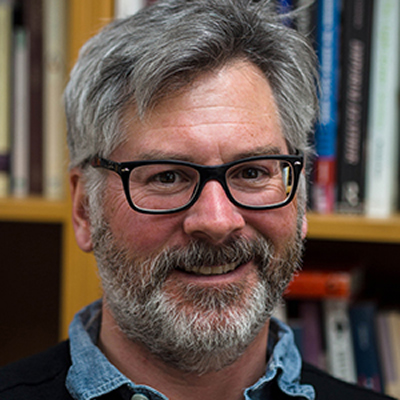 Surprisingly enough, it doesn’t have to do with any sort of agricultural herd. According to Richard Keller, University of Wisconsin–Madison history of medicine professor, the term first appeared in a British public health journal in 1923 in reference to bacterial transmission in mice. This study looked at vaccines, and how vaccinating some mice out of a group — or a “herd” — might begin to prevent bacterial transmission between them.

“The author’s talking about colonies of mice that they’re keeping in a lab, and they refer to that group as a herd,” Keller says. “So they’re not talking about cattle or deer or anything like that, anything that we would normally consider a herd.”

Despite this first appearance, the term wasn’t widely used, Keller says, until the World Health Organization’s campaign to eradicate smallpox.

Edward Jenner invented the smallpox vaccine in 1798, and up until smallpox was eradicated in the late 20th century, it’s estimated that billions of people received a vaccine against the disease. Smallpox had a far higher mortality rate than COVID-19, and could kill one in seven people infected — or as many as one in three in a population that’d never had a prior outbreak — Keller says.

When the WHO embarked on their eradication journey in the 1960s, the vaccine had already halted virus transmission in many parts of the world. But some small pockets, usually in isolated villages in places like Africa and Southeast Asia, still had transmission. The WHO called their eradication strategy “ring immunity,” meaning they’d attempt to vaccinate everyone in and around the pocket of transmission — making a “ring” of immunity around the virus that it couldn’t escape. This idea, Keller says, evolved into the modern-day concept of “herd immunity.”

“You draw a ring around a disease case and if you immunize everyone [in that ring], to the extent possible, you’ll get 80 to 90% of the population,” Keller said. “If you achieve that 80 to 90%, then you’ve just dramatically minimized the possibility of the disease spreading beyond that ring. So, this was WHO’s official policy in the early 1970s.”

But even today, the term herd immunity is still often used in multiple ways, Keller says. There’s the idea of herd immunity from vaccination campaigns, but also this concept of “wild” herd immunity.

At the beginning of the COVID-19 pandemic, Keller says many people promoted wild herd immunity as a solution. If enough people got the virus and survived, transmission would stop because a proportion of the population would have natural antibodies against the virus from fighting it the first time.

But that idea is flawed, Keller says, because infecting enough people to reach that herd immunity threshold — usually 80-90% of the population — would kill millions. Not to mention that new people are constantly being born without natural immunity.

“There was a lot of talk, especially in the beginning of the pandemic, about, ‘Well, let’s just let it run wild and we’ll reach herd immunity.’ And that’s a really flawed understanding of what herd immunity means,” Keller says. “If you think about it that way, absent any intervention, then eventually any disease would reach a level of herd immunity. But there are always new people being born who will be susceptible to the disease.”

From its first appearance in 1923 to the WHO’s smallpox eradication campaign in the ’70s, to its variety of understandings today, “herd immunity” has evolved like a virus might. But its most common usage, as a measure of a population’s ability to stop viral transmission, is most relevant in conversations about vaccination, Keller says.

“As people get more and more complacent about vaccination, then herd immunity starts to fall apart,” Keller says.

It’s up to everyone to do their part to get vaccinated and contribute to this immunity, as there’s inevitably a proportion of any population that can’t get vaccinated, for health, access or legal reasons, Keller says. Plus, no vaccine is ever completely perfect. Even if 100% of a population gets vaccinated, statistically, there could be a few individuals in whom the vaccine doesn’t work, so it’s herd immunity that will protect those people.

“If you get that general immunity up to about 90%, then that means nine out of 10 people we bump into are going to be immune,” Keller says. “And that really dramatically cuts the chain of transmission. It’s like there is less fuel in a forest to burn.”