In the moments leading up to assault by a short, peculiar peptide, the bacteria are happily growing, their DNA jiggling around the cell in the semi-random motions characteristic of life.

Seconds later, the jiggling stops. Life grinds to a halt.

Some 100 million peptides — short chunks of amino acids, the basic units of proteins — by the name of LL-37 have invaded the cell, where, with strong electric charges, they’ve bound tightly to the machinery driving the cell, immobilizing and killing it.

“The DNA seems to freeze within seconds,” says James Weisshaar, a professor of chemistry at the University of Wisconsin­–Madison. “That’s the weird event that got us going.”

New work from Weisshaar’s lab suggests a previously unknown mechanism behind the function of LL-37 and similar peptides, which are being tested in early-stage clinical trials for treating infections resistant to classical antibiotics. A better understanding of how antimicrobial peptides work could help researchers develop them into therapies.

A movie showing the jiggling motion of DNA within a dividing bacterial cell. DNA, labeled in green in the center image, jiggles in place until LL-37 enters the cell, as shown by a burst of orange in the right image. At that point, the DNA quickly stops moving, which helps kills the cell. Video courtesy of James Weisshaar

Using advanced microscopic techniques, Weisshaar and his graduate students Yanyu Zhu and Soni Mohapatra have documented the stopping power of LL-37, an antimicrobial peptide made by the human immune system as a first-line defense against pathogens. LL-37 belongs to a class of ancient peptides that fight bacteria in a different way than most other antibiotics, one that is difficult for bacteria to resist. But the mechanism behind the action of LL-37 and its kin has been hard to pin down. 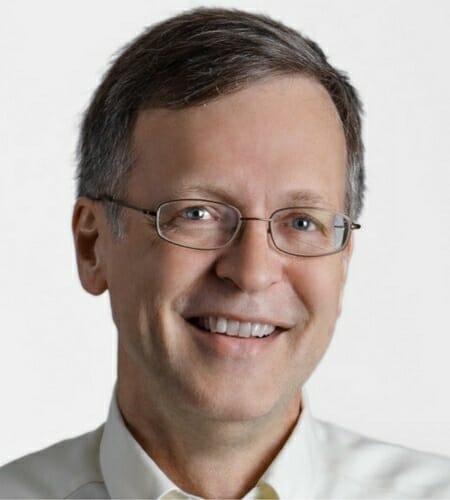 Writing in the Proceedings of the National Academy of Sciences in January, Weisshaar’s group reveals that once LL-37 gains entry to a bacterial cell, it rapidly impairs the freedom of movement needed for DNA and proteins to work. The researchers speculate that LL-37’s large positive electric charge helps it bind to the overwhelmingly negatively charged molecules within the cell, making the damage permanent.

Most antibiotics are small-molecule chemicals that work by interfering with a single protein, which disrupts the pathogen’s metabolism. But LL-37 and related antimicrobials are different. They’re made of amino acids and are much bigger than other antibiotics. And previous research has suggested they assault the integrity of the whole cell, in part by punching holes in the cell membrane, effectively eviscerating the pathogens.

Recently, Weisshaar’s team was studying LL-37’s effects on cells using a Nobel Prize-winning technique known as superresolution microscopy, which can track individual molecules in a cell. They noticed that not only did the protein cause the cell’s contents to leak out, but it halted the normally busy movement of molecules within the cell as well.

The researchers tracked the motion of the cells’ DNA and ribosomes, molecular machines that translate the instructions of DNA into the proteins that run the cell. Both froze moments after LL-37 entered the cell. Gummed up by LL-37, the bacteria resembled cells fixed with formaldehyde, a powerful and permanent cellular freezing chemical. 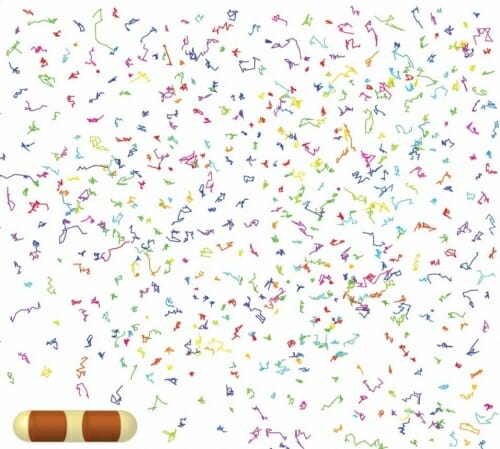 The tracks of dozens of individual ribosomes, which build proteins in cells, that were identified from a single bacterial cell using a microscopic technique that can follow the movement of individual molecules in living cells. This technique showed that the antimicrobial peptide LL-37 stops the movement of ribosomes when it enters cells. Courtesy of James Weisshaar

The clues to LL-37’s stopping power came from the electric charges carried by most cellular molecules. DNA, ribosomes and many proteins have large negative charges.

“All these negative proteins and DNA can slide past each other, and when they get too close they repel and keep going,” says Weisshaar. It’s a kind of electric charge lubrication.

In contrast, LL-37 is strongly positive. Weisshaar and his team believe that these opposite charges powerfully attract one another inside the cell. With about 100 million copies of LL-37 making it into each cell, it’s like throwing millions of wrenches into the machinery of life. Everything stops.

Moving forward, Weisshaar plans to test this electric charge idea by changing the charge on LL-37. His group will also see if other antimicrobial peptides, which are found across the tree of life, similarly freeze cells in their tracks. That knowledge might help scientists in their search for alternatives to classical antibiotics as pathogens evolve resistance to them.

“Let’s learn how nature does this, and maybe that will help inform how to design something useful in the hospital,” says Weisshaar.

This work was supported by National Institutes of Health grant NIGMS R01-GM094510 and by National Science Foundation grant MCB-1512946.