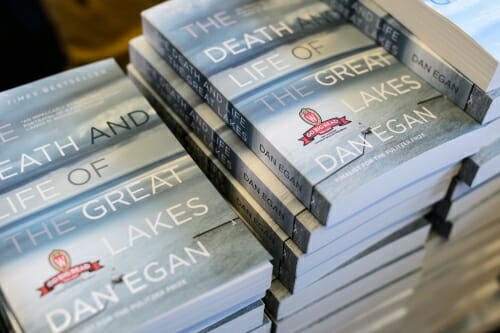 The book “The Death and Life of the Great Lakes” by Dan Egan is the 2018-19 selection for Go Big Read, UW–Madison’s common-reading program. Photo: Jeff Miller

“The Death and Life of the Great Lakes” is not just a book. It’s a call to action.

The two-time Pulitzer Prize finalist and Milwaukee Journal Sentinel journalist will give a talk about his book at 7 p.m. Tuesday, Oct. 16, at UW–Madison’s Wisconsin Union Theater (located in the Memorial Union) in Shannon Hall. The book is the 2018-19 Go Big Read selection for the common reading program’s 10th year. No tickets are required for this free event.

In the book, Egan paints a portrait of an ecological catastrophe happening right before our eyes, blending the epic story of the lakes with an examination of the perils they face and the ways we can restore and preserve them for generations to come. 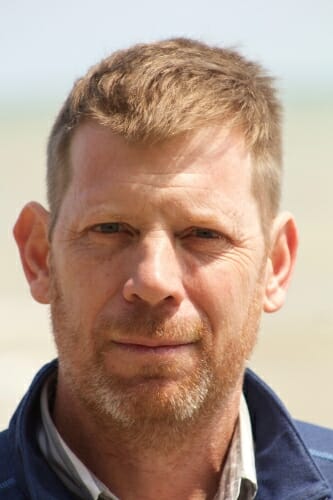 Egan, a senior water policy fellow at the University of Wisconsin–Milwaukee’s School of Freshwater Sciences, has covered the Great Lakes since 2003. A native of Green Bay, Wisconsin, he grew to love Lake Michigan by spending summer weekends and vacations on the Door County peninsula.

Egan won an AAAS Kavli Science Journalism Award in 2013 and the Oakes Award for environmental journalism in 2006, and has received four National Headliner Awards for environmental and science reporting. He investigated threats to the Great Lakes and the effectiveness of government efforts to protect them during a nine-month O’Brien Fellowship in Public Service Journalism through the Diederich College of Communication at Marquette University.

His book has received numerous accolades and was named the April pick for the PBS NewsHour-New York Times book club. In August, The National Academies of Sciences, Engineering, and Medicine announced that Egan’s book won its top award in the book category.

Egan’s talk will be livestreamed at gobigread.wisc.edu. 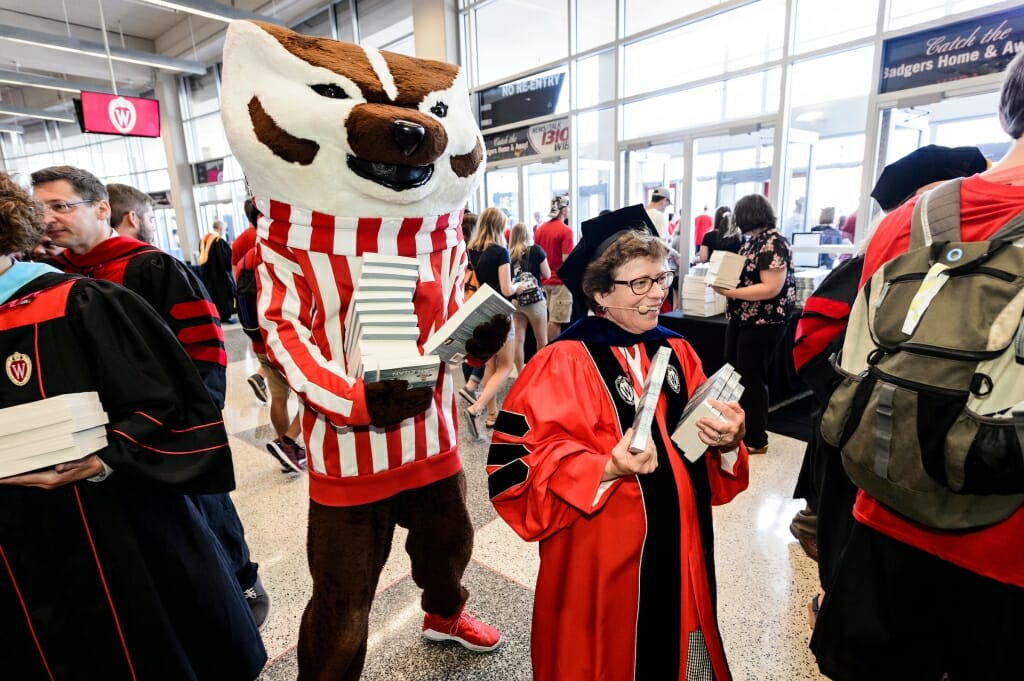 Chancellor Rebecca Blank distributes complimentary copies of “The Death and Life of the Great Lakes” following the Chancellor’s Convocation for New Students at the Kohl Center on Sept. 4. Photo: Jeff Miller