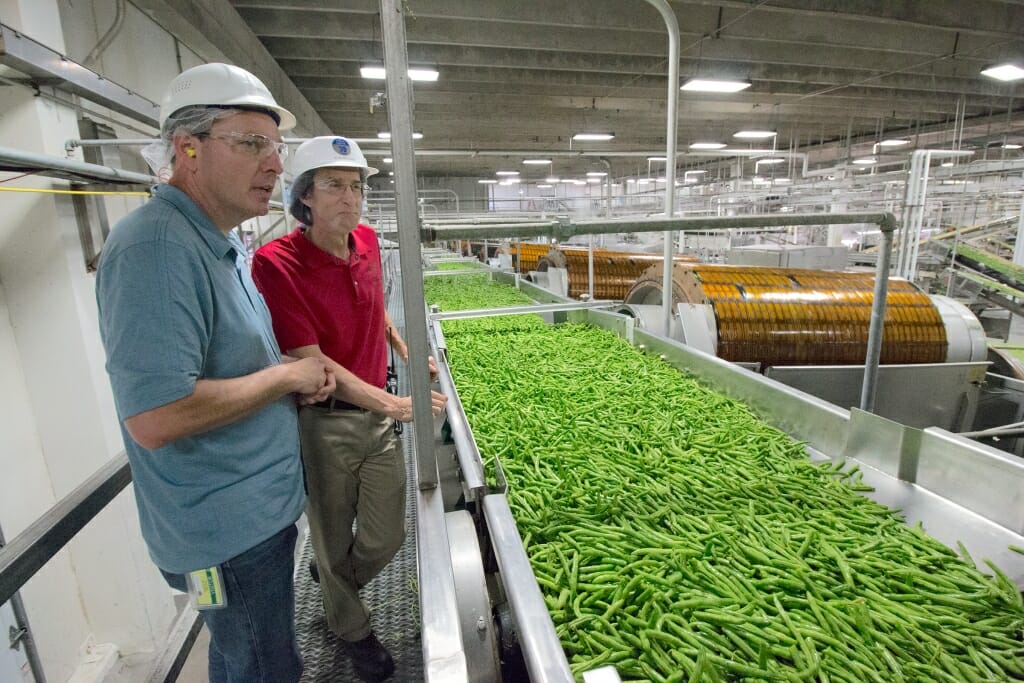 For more than a century, cheesemakers and vegetable processors have applied water remaining after production to open fields and farmland. The wastewater was used to wash vegetables, or contains whey left over after milk was processed into cheese.

Over the years, producers have removed most impurities from this wastewater. But there was no definitive answer on whether the remaining nitrogen (in the form of nitrate) was polluting groundwater and residential water wells.

Excess nitrate in drinking water can cause blue baby syndrome, which interferes with the blood’s ability to carry oxygen. Just this month, high levels of nitrate caused by large animal operations have raised concerns in La Crosse County.

The report of a three-year study, jointly funded by industry and the Wisconsin Department of Natural Resources, was released today at a meeting in Stevens Point. The results offer some support for the long-held belief that much of the nitrogen in the wastewater leaves the soil and harmlessly enters the atmosphere. 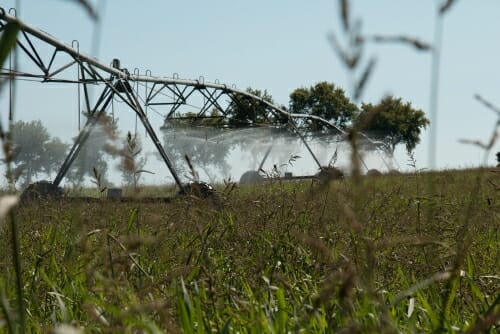 Because the atmosphere contains about 78 percent nitrogen, measuring transfers from the soil is extremely difficult, says study leader Francisco Arriaga, a professor of soil science. The automated technology developed in his lab captures and measures nitrogen as it escapes to the atmosphere. Efforts by Ph.D. candidate Clay Vanderleest were instrumental in developing this technology for the study.

“We expected to be surprised, as this important measurement has never, to our knowledge, been possible in real time,” said Siemering, who works with Arriaga. “What we found was reassuring, on the whole, but also suggests that better system management could improve how the water is treated and further reduce the possibility of nitrogen entering groundwater.”

The results offer some support for the long-held belief that much of the nitrogen in the wastewater from cheese-making and vegetable processing leaves the soil and harmlessly enters the atmosphere.

“Wisconsin (Administrative) Code is written really well from a scientific point of view,” says Siemering. “It says you can apply as much nitrogen as is taken up by the cover crop plus how much is denitrified in the soil, but there was no way to quantify the denitrification. That’s what we have tried to do: to give a number and say this is how much we think is being released to the atmosphere as nitrogen gas.”

The study made repeated measurements of nitrogen release at disposal systems used by three cheesemakers and three vegetable processors in Wisconsin. Data were gathered from probes buried in the soil. Gas was collected from the soil surface during several one-week periods at different times of the year.

Technology developed in the lab of soil scientist Francisco Arriaga at the University of Wisconsin–Madison measures elusive nitrogen gas released from soil. The new measurements will help refine regulations on disposal of wastewater that is an unavoidable byproduct of food processing. Video from Arriaga Lab / UW–Madison

The heart of the system was a series of automated sampling chambers connected to a photoacoustic analyzer. The analyzer, based on an 1880s invention by Alexander Graham Bell, identifies elements by exposing samples to specific wavelengths of light, and then measuring the sound waves that are generated. This system measured nitrogen gas exiting the soil every few minutes.

Wastewater disposal is a daily need at Del Monte’s canning factory in Cambria, says facility manager Al Bodden. The cannery processes green beans, peas and sweet corn for about five months every year, employing about 260 people. Del Monte has similar needs at its operations at Plover, Wisconsin, and Mendota, Illinois. 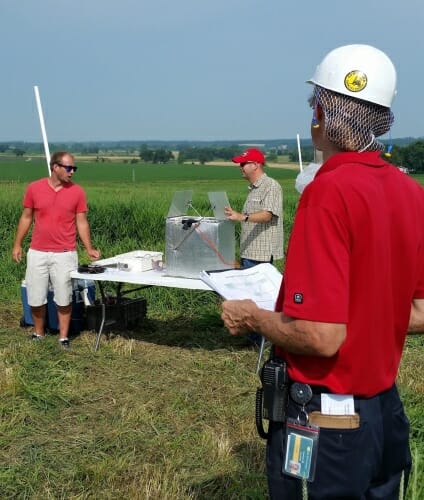 Al Bodden (foreground) listens as Clay Vanderleest and Francisco Arriaga explain the instrument they used to measure movement of nitrogen from the soil. Courtesy of Arriaga Lab / UW–Madison

Each day, the Cambria plant pumps about 300,000 gallons of wastewater, mainly from washing, blanching and cleaning, to a nearby hayfield, where a center-pivot irrigator quietly drips it onto the soil.

The stakes in the study are high, as vegetable and cheese production are significant industries in Wisconsin, with thousands of jobs in growing and processing. According to the UW–Madison researchers, “In 2017, the Wisconsin vegetable processing industry ranked second nationally, behind only California, in total production.” In 2017, Wisconsin ranked first in snap beans production and third in sweet corn and green peas. These crops resulted in between 2.4 and 5.5 billion gallons of wastewater.

Producing 3.3 billion pounds of cheese in America’s Dairyland creates about 5.6 billion gallons of an effluent that carries a higher concentration of nitrogen than cannery wastewater, and is typically disposed of in furrows. Although some large cheese facilities use in-plant wastewater treatment systems, that solution is exorbitantly expensive for vegetable processors who operate seasonally and for small and mid-size cheese plants.

In both industries, the study results could affect the cost of disposal, by raising or lowering the need for land and equipment.

The new results should help the DNR refine disposal permits so vegetable processors and cheesemakers can maximize the amount of wastewater disposal while still protecting the environment, says Siemering.