Decoding how bacteria talk with each other

Bacteria, the smallest living organisms in the world, form communities where unified bodies of individuals live together, contribute a share of the property and share common interests.

The soil around a plant’s roots contains millions of organisms interacting constantly — too many busy players to study at once, despite the importance of understanding how microbes mingle.

In a study published in the journal mBio, researchers at the University of Wisconsin–Madison learned that a drastically scaled-down model of a microbial community makes it possible to observe some of the complex interactions. In doing so, they discovered a key player in microbial communication: the presence or absence of an antibiotic compound produced by one of the community members affected the behavior of the other two members.

Little is understood about how individual microbes interact with each other in communities, but that knowledge holds incredible promise.

For example, the bacteria Bacillus cereus can protect plants by producing an antibiotic that deters the pathogen that causes “damping off,” a disease that kills seedlings and is costly to farmers. But biocontrol agents like B. cereus are not always effective. Sometimes plants treated with B. cereus flourish, sometimes they don’t — and researchers are trying to understand why. 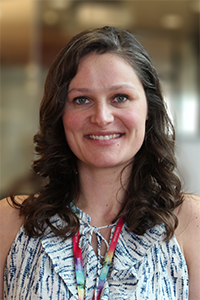 “Bacteria do not live in isolation,” says Amanda Hurley, lead author of the new study; AAAS Science and Technology Policy Fellow; and former postdoc in the lab of UW–Madison professor Jo Handelsman, director of the Wisconsin Institute for Discovery. “If we could figure out how interactions between species change in the presence of multiple species, we can start to understand communication trends of whole microbial communities. Using chemistry or genetics, we could interrupt certain conversations and amplify others, leading to microbiomes that interact with their environments more positively and predictably, whether it be humans, crops or the soil itself.”

Deciphering the interactions between microorganisms could help in engineering an environment more favorable to Bacillus cereus. Hurley and co-authors Marc Chevrette, former postdoc in the Handelsman lab and currently assistant professor at the University of Florida, and Natalia Rosario-Melendez, graduate student in the Handelsman lab, set out to decode and translate the chemical conversations. The group created a model system composed of three species — Flavobacterium johnsoniae and Pseudomonas koreensis were isolated with B. cereus from field-grown soybean roots — which they dubbed “The Hitchhikers of the Rhizosphere” or THOR. 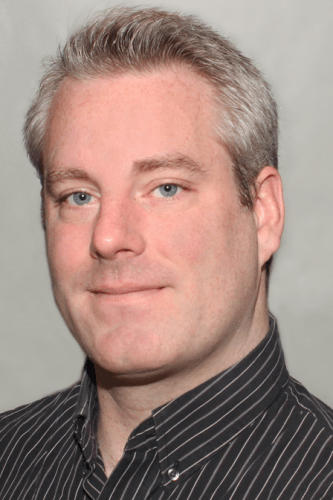 Bacteria often communicate through the language of chemistry. Manipulating that chemistry using genes and chemicals could change the conversation and make Bacillus cereus feel welcome on plant roots.

The researchers built profiles of the THOR organisms using their mRNA, molecules produced when a gene is expressed. In each combination of THOR bacteria, the researchers looked for differences in gene expression. The THOR organisms responded to each other differently in every combination, and when all three species were together, new things started to happen that did not happen in any of the pairs or single conditions.

In the THOR community, gene expression was dominated by interactions with one member, P. koreensis. The results were mediated by the presence of the antibiotic koreenceine — the metaphorical hammer of THOR. This single molecule appears to affect the expression and interaction of thousands of genes across community networks. Determining how koreenceine regulates the community’s genes will be a fruitful avenue for further investigation, according to the researchers.

The study validates Handelsman’s early idea that communities are worth investigating, because the activity within the community is not just the sum of the members but reflects community properties.

“Traditionally, people only look at a single organism. What makes our study different is that we looked at the community,” says Chevrette. “Communities are different. There is something inherently unique to a community that makes it different than the sum of its parts. Utilizing the simplicity of model microbiomes may help us with the challenge of understanding microbes in complex communities, and how they can be altered to improve human, environmental, and agricultural health.”