Botulinum toxin may travel further than expected in nerve cells

The botulinum toxins are among the deadliest substances on Earth, and two specific toxins — including the popular drug Botox — have multiple uses for treating many neuromuscular conditions, including frown lines, disabling muscle spasms and migraine headaches.

The botulinum toxins cancel nerve signals to the muscles, creating paralysis that can last for months. Given its extraordinary toxicity, doses are typically measured in trillionths of a gram, and targets are carefully chosen to silence only the desired motor nerves.

When Botox and related botulinum drugs entered the market, “the idea was that they are safe to use, they stay where they are injected, and you don’t have to worry about toxin going to the central nervous system and causing weird effects,” says Edwin Chapman, an investigator at the Howard Hughes Medical Institute and professor of neuroscience at the University of Wisconsin–Madison. 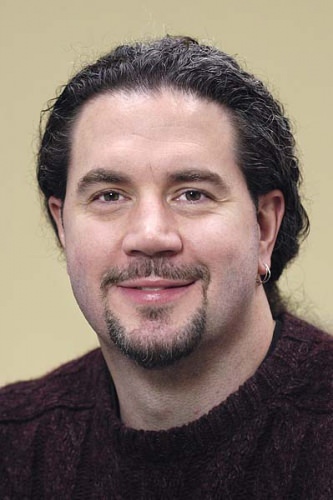 The concern that this powerful toxin can move beyond the injection site was reinforced in 2009, when the Food and Drug Administration added a prominent warning to prescribing information “to highlight that botulinum toxin may spread from the area of injection to produce symptoms consistent with botulism,” including “unexpected loss of strength or muscle weakness. … Understand that swallowing and breathing difficulties can be life-threatening and there have been reports of deaths related to the effects of spread of botulinum toxin.”

Additionally, physicians have seen puzzling results from treatment, adds Ewa Bomba-Warczak, a doctoral candidate in neuroscience. “In many cases, after an injection for a disabling spasm of neck muscles called cervical dystonia, there is no change in muscle tone but the patient finds relief and is perfectly happy. That result can’t be explained by the local effects.”

In a study published today (Aug. 4, 2016) in Cell Reports, senior author Chapman, first author Bomba-Warczak and colleagues present clear evidence that toxin is moving between neurons in a lab dish.

The study looked at mouse neurons in wells connected by tiny channels that allow growth of axons — the long fibers that neurons use to communicate.

Once inside a neuron, botulinum toxin cleaves proteins responsible for fusion of chemical containers, known as vesicles, with the plasma membrane. This fusion event releases chemical signals that underlie communication with muscles, and the inability to fuse leads to the temporary paralysis caused by botulinum toxin.

Using antibodies to identify fragments of the damaged proteins, Chapman’s group showed that toxin molecules were moving to nerve cells in wells that had not initially received the harmful molecules. “Every time one fraction of the toxin acts locally (on the first nerve cell it contacts), another fraction acts at a distance,” says Chapman. “It’s unknown how far they travel, which likely depends on the dose of toxin and other factors.”

Botulinum toxins were first described in the 1800s, and have long been a subject of research at UW–Madison. Allergan PLC, which markets four versions of botulinum toxin, reported global Botox sales of nearly $2 billion in 2015.

Injected botulinum toxin is taken up in axons and reaches the cell body, shown in green, before being transported into different neurons, shown in red. Diagram: Ewa Bomba-Warczak

By finding that toxin molecules don’t always stay where they are injected, Chapman says the Wisconsin study answers a long-standing question about mobility, but raises several more. “We have seen that these toxins enter neurons at the injection site, causing the desired local paralysis, but Ewa and Jason have shown unambiguously the existence of a second entry pathway that takes some of the toxin molecules to other neurons.”

The research, done in a lab dish, removes variables that have plagued similar studies performed in animals, Chapman says. “We wanted to see if we could build an in vitro (in a dish) system that allows direct visualization of this putative movement, in a way that’s simple, easy to interpret, and unambiguous. Do they move, or do they not?”

Chapman wonders about the effects of extraordinarily powerful toxin molecules that travel the neural networks. Local effects have, until now, been deemed the sole effects. But could part of its effects be due to the transported toxin?

“It’s an exciting prospect, supplanting a $2 billion drug with a safer drug.”

These questions could be answered by genetically engineering the Clostridium bacteria that make botulinum toxin to alter the toxin’s structure, Chapman says. “We may be in a position to mutate the part of the toxin that attaches to a receptor on the neuron so it can only enter the local pathway, not this new pathway we have described.”

If only the local effects matter for medicine, tomorrow’s versions of this ancient toxin molecule may be able to alleviate symptoms from wrinkles to severe muscle spasms without moving beyond the target neurons.

“I have a hard time imagining that any physician is going to want to inject something they know can move about when they have an option to use something that stays put,” Chapman says. “It’s an exciting prospect, supplanting a $2 billion drug with a safer drug.”