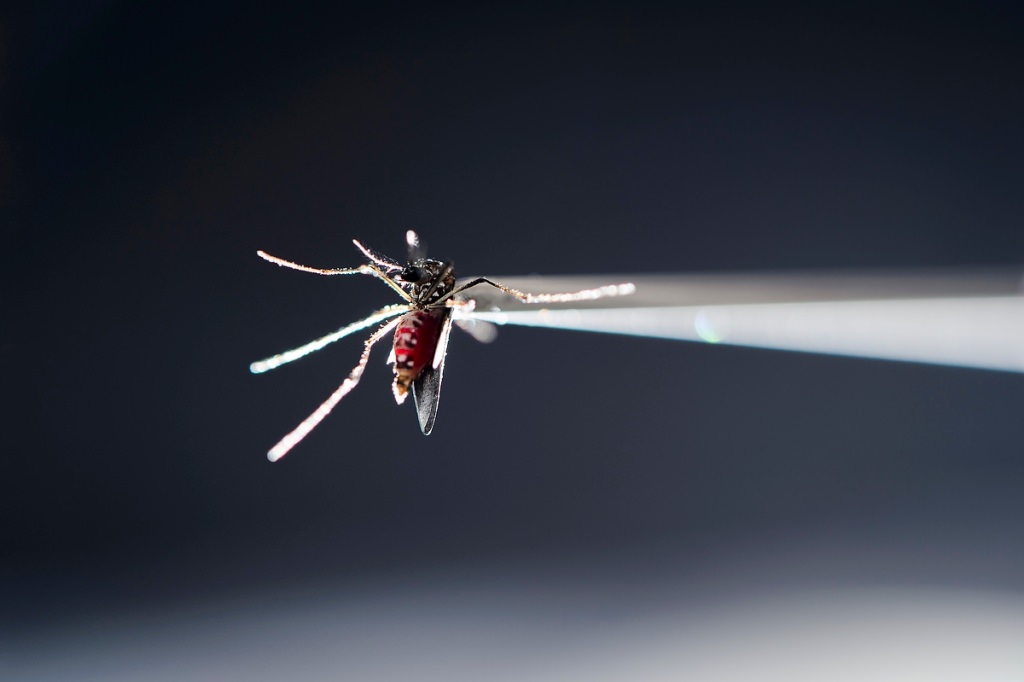 A vacuum tube holds a blood-fed strain of Aedes aegypti —the mosquito that carries the Zika virus — in place under a microscope in a research lab insectary in the Hanson Biomedical Sciences Building at UW–Madison. Photo: Jeff Miller

University of Wisconsin–Madison researchers studying monkeys have shown that one infection with Zika virus protects against future infection, though pregnancy may drastically prolong the time the virus stays in the body. 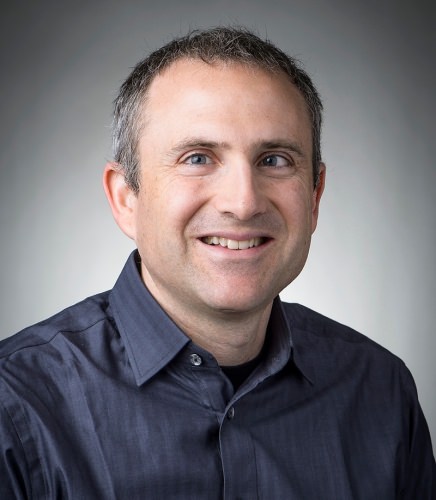 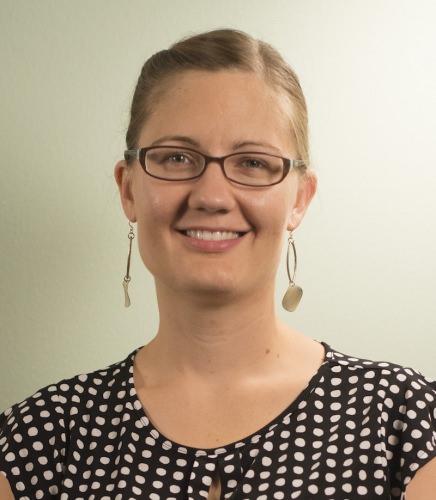 The team of UW and Duke University scientists — which includes specialists in emergent and insect-borne diseases, genetics and immunology, pediatrics and pregnancy — have been working with infected monkeys for months.

“What we’ve shown in the monkey model matches a lot of what people have observed in epidemiological studies of humans,” says Emma Mohr, a pediatric infectious disease fellow at UW–Madison and first author on the study with Matthew Aliota and Dawn Dudley, research scientists in UW–Madison’s schools of Veterinary Medicine and Medicine and Public Health, respectively.

“It’s important for us to show in a lab setting what people have expected in humans — that you clear viremia (infection by the Zika virus) within a week, and you are protected from future infections by the same virus.” 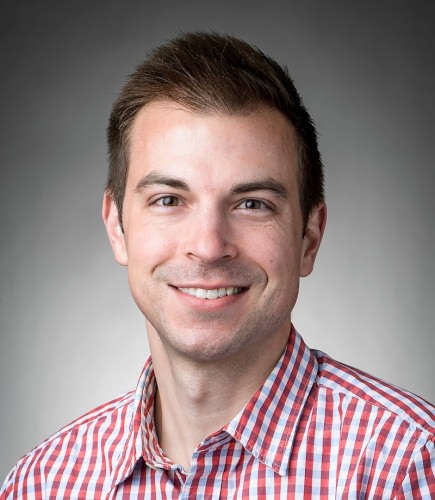 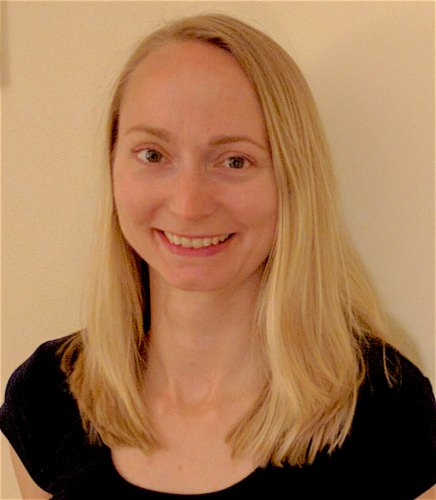 The researchers infected monkeys with the type of Zika virus causing an epidemic that first became apparent in South America in 2015, and found that those monkeys resisted infection by the same Zika strain 10 weeks later.

“This is good news for vaccine design,” says O’Connor, whose work is funded by the National Institutes of Health. “It suggests the sort of immunity that occurs naturally is sufficient. If you can mimic that in a vaccine, you’ll likely have a very successful vaccine.”

“This is good news for vaccine design. It suggests the sort of immunity that occurs naturally is sufficient. If you can mimic that in a vaccine, you’ll likely have a very successful vaccine.”

The prolonged infection has implications for the severe impacts of Zika virus during pregnancy. Zika has been tied to neurological problems in babies such as microcephaly, a particularly grim birth defect that results in underdeveloped brains and small heads.

“We have good news for most people: If you are not pregnant and not at risk of becoming pregnant, you probably don’t need to be worried about Zika,” O’Connor says. “But my concern for Zika virus in pregnancy is much higher now than it was six months ago.”

One possible explanation for the persistence of the virus in pregnancy is that the immune systems of mothers-to-be are too compromised, and they simply aren’t able to clear the virus as fast. 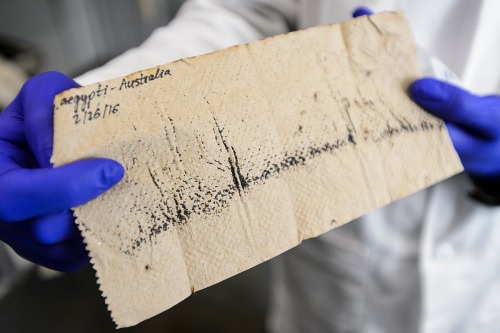 A paper towel containing an estimated 10,000 dried eggs for a strain of Aedes aegypti mosquito is pictured in the insectary. Photo: Jeff Miller

If the mother-fetus infection loop — first proposed earlier this year by Johns Hopkins University obstetrician Rita W. Driggers in an analysis of Zika infection in a pregnant woman — proves true, it could provide an opportunity to track the risks to a developing fetus without resorting to invasive (and also inherently risky) tests.

“If you are not pregnant and not at risk of becoming pregnant, you probably don’t need to be worried about Zika. But my concern for Zika virus in pregnancy is much higher now than it was six months ago.”

“If this is the case, measuring the viral load on a Zika-infected pregnant woman on a weekly or biweekly basis could provide an indication for the likely degree of damage to the fetus,” O’Connor says. “If a pregnant woman comes into a clinic with Zika virus, but a week later shows no more evidence of infection, that could be a good indication that the fetus is unlikely to be affected.”

Using the amount of virus in the blood of pregnant monkeys or women as a proxy for fetal infection might also provide researchers working on treatments to protect babies from neurological damage a way to assess their progress.

However, nobody really understands the range of outcomes for children that are affected by Zika virus infections during pregnancy. 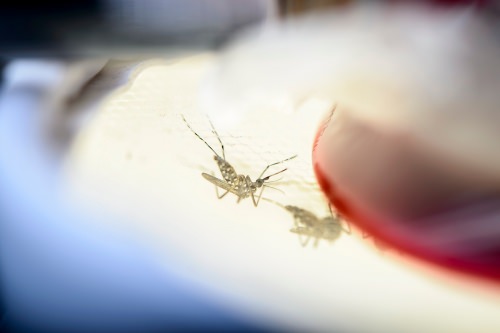 A strain of Aedes aegypti mosquitos feed from a membrane of blood. Photo: Jeff Miller

“In Brazil, where the oldest children born to women who were infected with Zika are only about one year old right now, we don’t have any idea whether some of the children who are apparently normal are going to have issues that only manifest later in life,” O’Connor says.

According to the researchers, rhesus monkeys are often employed in brain research as models for humans.

“You may have to follow children for five years or longer to tell whether there is cognitive impairment in their development,” says Aliota, whose research has focused on Zika’s spread in Colombia. “But it’s something you can answer with macaques relatively quickly, and that speed is very important in the context of an epidemic.”

UW-Madison scientists talk about the importance of cross-disciplinary Zika research.

Though the researchers have been performing ultrasounds on Zika-infected pregnant monkeys and collecting fluid from their wombs, they can’t yet say whether the still-growing fetuses themselves are infected or whether any of them are developing microcephaly.

“For human pregnancies, we have very refined growth charts, lots of historical information, lots of high-end diagnostic technologies that can be used to ask what’s happening,” O’Connor says. “While some of those things are in development in macaques, they are far less mature and far less detailed. So we can’t draw conclusions yet.”

But their results showing that one infection primes the immune system to protect against future infection could provide some peace of mind for millions left in the wake of the Zika epidemic.

“In Africa, where the virus has been circulating for an extended period of time, they haven’t seen these adverse outcomes in pregnancy,” Aliota says. “That seems to be because people are primarily exposed early in life, develop immunity, and then are protected later in life when they have children.”