Researchers at the University of Wisconsin–Madison have confirmed that a benign bacterium called Wolbachia pipientis can completely block transmission of Zika virus in Aedes aegypti, the mosquito species responsible for passing the virus to humans.

Matthew Aliota, a scientist at the UW–Madison School of Veterinary Medicine (SVM) and first author of the paper — published today (July 1, 2016) in the journal Scientific Reports — says the bacteria could present a “novel biological control mechanism,” aiding efforts to stop the spread of Zika virus. 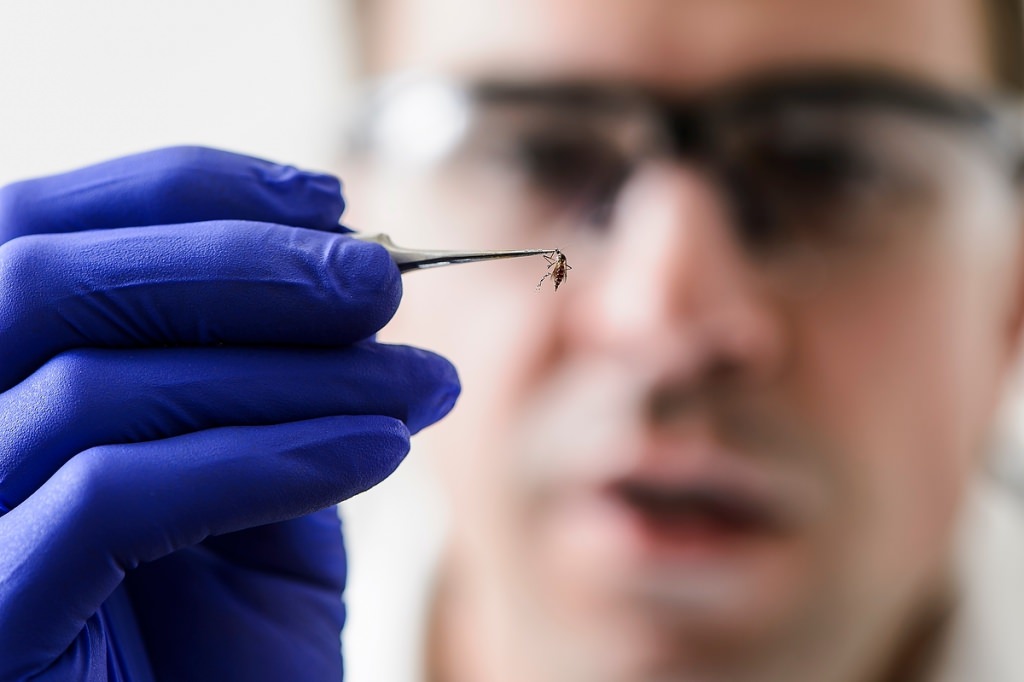 Matthew Aliota, assistant scientist in the Department of Pathobiological Sciences in the School of Veterinary Medicine, works with a strain of Aedes aegypti mosquito in a research lab insectary in the Hanson Biomedical Sciences Building. Photo: Jeff Miller

Thirty-nine countries and territories in the Americas have been affected by the Zika epidemic, and it is expected that at least 4 million people will be infected by the end of the year. Scientists believe the virus is responsible for a host of brain defects in developing fetuses, including microcephaly, and has contributed to an uptick in cases of a neurological disorder called Guillain-Barre syndrome. There are not yet any approved Zika virus vaccines or antiviral medications, and ongoing mosquito control strategies have not been adequate to contain the spread of the virus.

Researchers led by Jorge Osorio, a UW–Madison professor of pathobiological sciences, and Scott O’Neill of the the Eliminate Dengue Program (EDP) and Monash University in Melbourne, Australia, are already releasing mosquitoes harboring the Wolbachia bacterium in pilot studies in Colombia, Brazil, Australia, Vietnam and Indonesia to help control the spread of dengue virus. Their work is supported by the Bill and Melinda Gates Foundation.

An important feature of Wolbachia is that it is self-sustainable, making it a very low-cost approach for controlling mosquito-borne viral diseases that are affecting many tropical countries around the world. 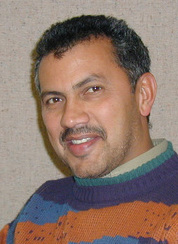 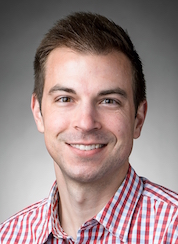 “In two of our initial study sites in Australia, approximately 90 percent of the mosquitoes continue to be infected with Wolbachia after initial release more than six years ago” says O’Neill.

Wolbachia can be found in up to 60 percent of insects around the world, including butterflies and bees. While not typically found in the Aedes aegypti mosquito — the species that also transmits dengue, chikungunya and yellow fever viruses — O’Neill discovered in the early 1990s that Wolbachia could be introduced to the mosquito in the lab and would prevent the mosquitoes from transmitting dengue virus.

Zika virus belongs to the same family as dengue virus and Aliota and Osorio — with co-authors Stephen Penaido at SVM and Ivan Dario Velez, at the Universidad de Antioquia in Medellin, Colombia — asked whether Wolbachia-harboring Aedes aegypti may also be effective against Zika virus. They were also interested in studying the mechanisms behind Zika virus infection and transmission in mosquitoes.

In the study, the team infected mice with Zika virus originally isolated from a human patient and allowed mosquitoes from Medellin to feed on the mice either two or three days after they were infected. The mosquitoes were either harboring the same strain of the Wolbachia bacteria (called wMel) used in field studies or were Wolbachia-free and the mice had levels of virus in their blood similar to humans infected with Zika virus.

An additional group of mosquitoes, both wild-type and Wolbachia-infected, was allowed to feed instead from a membrane containing sheep’s blood spiked with a high concentration of Zika virus, per other standard laboratory studies. 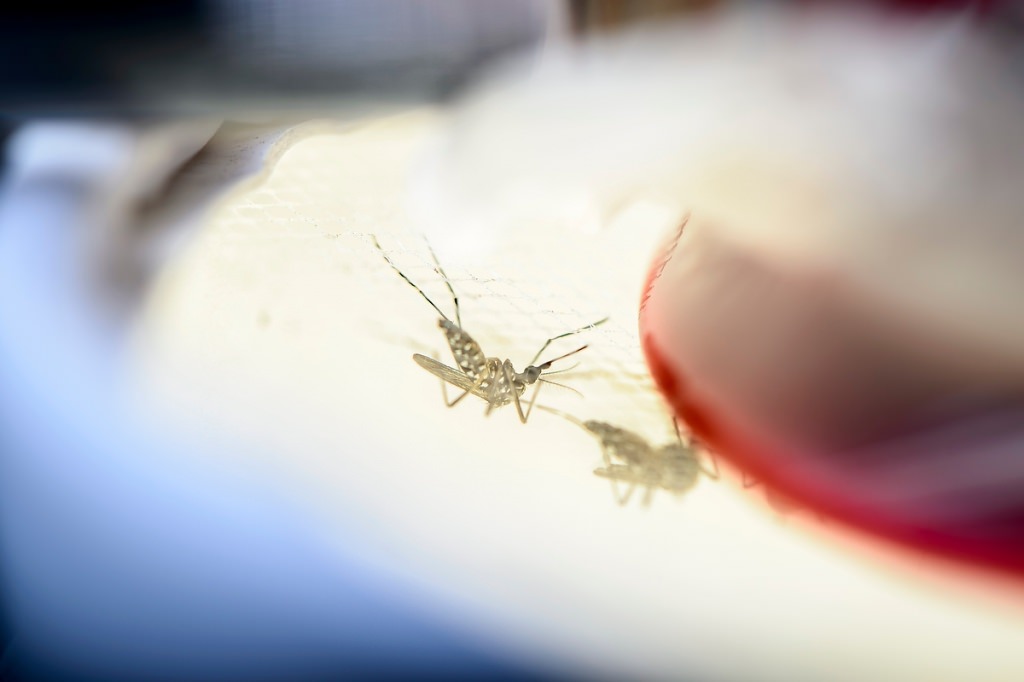 “The first site of replication for arboviruses is the mosquito midgut,” says Aliota. “It eventually leaves the midgut and is swept in their blood to secondary tissues and eventually to the salivary glands, where it replicates more and is eventually spit out.”

They found that mosquitoes carrying Wolbachia were less likely to become infected with Zika virus after feeding on viral blood, and those that were infected were not capable of transmitting the virus in their saliva.

“We saw reduced vector competence in Aedes aegypti with Wolbachia,” says Osorio, defined as the intrinsic ability of an insect to support the development or replication of a pathogen like a virus and then transmit it. “Mosquitoes with Wolbachia were less capable of harboring Zika virus, and though they do get infected with Zika, it is to a lesser extent than wild-type mosquitoes.”

They also found that where mosquitoes got their blood meal — whether from mice or the membrane — impacted their infection and transmission status. This has implications for other laboratory-based Zika virus studies, Aliota says.

The bacteria could present a “novel biological control mechanism,” aiding efforts to stop the spread of Zika virus.

Though mice had a lower concentration of virus in their blood than the blood contained in the membrane, mosquitoes that fed on the mice were infected at higher rates than those that were membrane-fed. The levels of virus found in the mice were also more similar to those seen in human infections.

Non-Wolbachia-containing mosquitoes that acquired Zika virus from mice were also capable of transmitting the virus in a shorter number of days, and in less time than other studies have shown. Additionally, the researchers learned that a relatively low percentage of Zika-virus-transmitting mosquitoes may be sufficient to sustain an outbreak.

“A surprisingly low percentage of mosquitoes are actually capable of transmitting the virus,” Aliota says, “but given the size of the outbreak, and that we think mosquitoes are the driver of the outbreak, the results were somewhat unexpected. It just goes to show you how much we still need to understand about the basic biology of this virus.”

The study is one of the first to study Zika virus transmission dynamics using a living host, says Aliota.

Importantly, the team also confirmed that the strain of Wolbachia used does not impact the Aedes aegypti mosquito, which is important to the success of field studies.

Once inside a mosquito, Wolbachia is passed from mother to offspring, so newborn mosquitoes will contain the bacteria and incorporate it into the wild population. EDP hopes to see greater than 80 percent of Aedes aegypti mosquitoes in study areas harboring Wolbachia. According to Osorio, mosquitoes carrying Wolbachia in the study site in Medellin are close to reaching that number.

“The results were somewhat unexpected. It just goes to show you how much we still need to understand about the basic biology of this virus.”

Other studies show Wolbachia prevents mosquito transmission of yellow fever virus — which is causing an outbreak in Africa — and, in another study published in late April in PLOS Neglected Tropical Diseases, Aliota, Osorio and their UW–Madison and Universidad de Antioquia colleagues showed that Wolbachia prevents Colombian Aedes aegypti from transmitting chikungunya virus.

Like Zika virus, chikungunya emerged out of Africa and spread to the Americas. It is now transmitted by mosquitoes on every inhabited continent around the globe, says Aliota. The virus can cause fever, chronic joint pain, fatigue, nausea and a rash. There is no cure or specific treatment.

Aliota and Osorio continue to study Wolbachia in mosquitoes in relation to these viruses, monitoring for changes or developments that could affect ongoing field releases. So far the findings have been encouraging, Aliota says.

“Our findings are complementary to results described earlier in the month in Cell Host & Microbe by our colleagues with EDP-Brazil, which is really exciting and really promising,” he says.

The Zika virus study was funded in part by the National Institutes of Health.