Last fall, while discussing inventions awaiting commercialization at the Wisconsin Alumni Research Foundation, Tobias Zutz stumbled across one with an uncanny match to his resume. Zutz was an early employee at Exact Sciences, a Madison firm that has developed a screening test for colon cancer based on colon cells excreted in the stool.

The experience made him appreciate the benefits of novel ways to obtain samples from cancer-prone tissues.

The discovery in question described a new way to identify cancerous prostate cells. The inventor, David Jarrard, a professor of urology at the UW–Madison School of Medicine and Public Health, had found eight telltale molecular structures on genes during a decades-long quest to detect prostate cancer in men while it was still treatable. 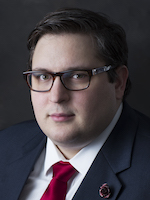 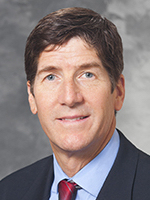 The prostate-specific antigen screening test for prostate cancer, which was introduced with great fanfare in 1994, identified many slow-growing cancers that were unlikely to cause harm. The result — unnecessary surgeries — led to a reduction in its use for screening; about 30 percent of men aged 50 to 69 now get the PSA for screening. The PSA is also used to track the effects of prostate cancer treatment.

Zutz, a Manitowoc, Wisconsin, native with a bachelor’s degree in genetics and biochemistry and a master’s in biotechnology, both from UW–Madison, says he helped develop Exact’s Cologuard product “from an idea through FDA approval.”

The experience sharpened his interest in Jarrard’s biomarker discovery. In discussions with Jarrard, they concluded that it would be logical to look for the suspicious genes in seminal fluid — 30 percent of which is made by the prostate. “I saw a big need for a new screening test for prostate cancer, and I had this experience using a sample source that had been neglected but gave a real biological advantage in its excellent access to the organ that concerns you.”

In February 2016, Zutz formed Gregor Diagnostics to bring a prostate cancer screening test to market. The company obtained an option to license some of Jarrard’s patent-pending biomarkers from WARF for detecting cancer in seminal fluid. 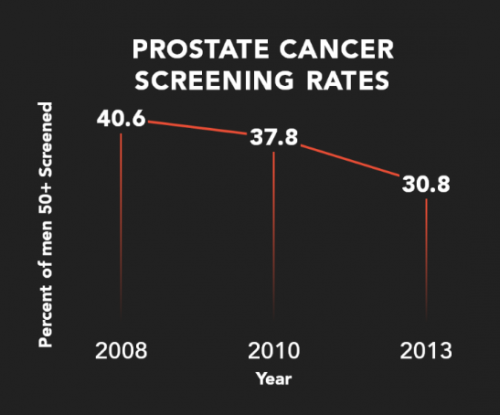 Due to over-diagnosis and unnecessary surgeries, prostate cancer screening with the PSA has been declining for almost a decade, Zutz says. Courtesy of Gregor Diagnostics

Jarrard, who is a consultant to Gregor, has also started BiopsyAssure, to commercialize other uses for the eight telltale markers for prostate cancer.

Success will take years, but if the noninvasive screening test works, it could aid in early detection of a cancer that kills about 26,000 American men every year. That makes it the second deadliest cancer for men.

Jarrard and his collaborators identified the genes in question through a quest for a reliable marker to distinguish healthy cells from cancerous ones.  The search focused on markers attached to genes that change their structure and perhaps affect their activity, Jarrard says. “These markers amount to a ‘fingerprint’ for prostate cancer, and are present in prostate tissue, and are even found in normal looking tissue distant from the cancer. If, as we expect, they are present in seminal fluid, the same advantage of improved sensitivity should apply.”

The once-promising PSA test is the backdrop for interest in a better prostate cancer screening technique, Jarrard says. “I coined the term ‘post-PSA era’ to focus attention on this question: Can we come up with a better approach to screening?”

Zutz has just finished the gBETA accelerator program in Madison. “We concentrated on early stage development, working to define the product more clearly and put out a roadmap for development and financing,” he says.

Success will take years, but if the noninvasive screening test works, it could aid in early detection of a cancer that kills about 26,000 American men every year.

The first priority now is to raise money to fund research to prove if Jarrard’s biomarkers are present in semen only in men who have current or developing prostate cancer. However, demonstrating that biomarkers herald prostate cancer is only half the battle. To really supplant the PSA, and reduce the over-diagnosis problem, the incipient test must distinguish inactive cancers from aggressive ones. The potential is there, Zutz says, noting that Jarrard’s experiments have shown an association between certain markers and aggressive cancers.

Another hurdle concerns sample collection. “Males in general don’t like going to the doctor, and it would be awkward to go into a doctor’s office and collect the sample,” Jarrard says. “In the privacy of your own home, it’s perhaps easier.”

The test that Gregor Diagnostics envisions “could be a way for a man to take control of his health care. The physician could order the test and the patient would get the results at home, and only return to the doctor if necessary,” Jarrard says. “Ideally, the results could help reassure him that he has a very low risk of prostate cancer.”

Due to over-diagnosis and unnecessary surgeries, prostate cancer screening with the PSA has been declining for almost a decade, Zutz says. “But cancer is not going away just because we are not looking for it. Let’s not abandon cancer screening, let’s develop a better screening test.”

Hurdles remain, and obtaining FDA approval is never simple or cheap, Zutz says. “My background in research and development shows that a lot of experiments fail. You get used to that, but you overcome the little setbacks and keep working until you cross the finish line.”