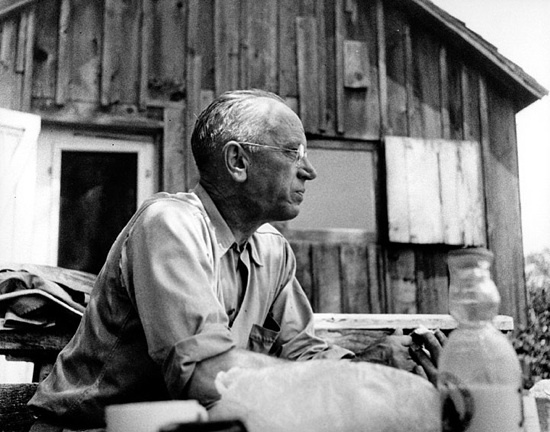 Aldo Leopold, a 20th-century conservationist and former UW–Madison faculty member, is shown at his Sauk County shack in about 1940. UW-Madison archives

As environmental concerns grow more urgent, the work of Aldo Leopold remains a vital touchstone. The University of Wisconsin–Madison professor was a pioneering conservationist and the author of A Sand County Almanac, the seminal 1949 book about people’s relationship to nature.

UW-Madison will honor Leopold’s legacy and connect it to our time with a wide-ranging series of seminars, lectures, and workshops.

Running from January to June, the series includes classes in visual art and writing inspired by Leopold’s thoughtful observation of nature, as well as humanities lectures that address his work and influence. The series will draw on a multitude of UW–Madison resources, with insightful perspectives from professors and staff, glimpses of rare historical books, and opportunities to experience the Arboretum, Lakeshore Path, and Allen Centennial Garden. 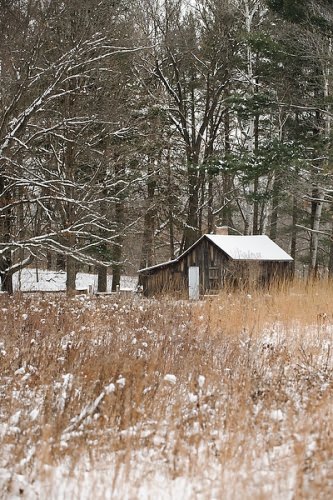 Snow-covered prairie and woods surround the historic Aldo Leopold shack in rural Baraboo, Wis. Now managed by the Aldo Leopold Foundation, the “shack” was a seasonal home and place of research for Leopold. Photo: Jeff Miller

Sponsored by the Division of Continuing Studies, these programs are open to the public and do not require admission as a traditional UW student.

“The Leopold series explores the contemporary relevance of one of Wisconsin’s greatest thinkers, capitalizing on the expertise of UW–Madison faculty and staff who are uniquely qualified to interpret his work,” says program director Jessica Courtier. “The accessible courses invite all community members to participate in the discussions and activities and to contemplate what it means to know nature.”

Here are some of the events:

“Participants in the Aldo Leopold series will come away with a new understanding of nature and their own place in it,” Courtier says.