Video and images of our solar system neighbors, such as this portrait of Saturn taken by NASA’s Cassini orbiter, will accompany the Madison Symphony Orchestra performance of Gustav Holst’s “The Planets.” Photo: Jet Propulsion Laboratory

There is a bit of music to the universe — and maybe vice versa, according to Sebastian Heinz.

“It’s not like you could play or listen to a piece of music and understand a black hole, which is my particular area of research,” says Heinz, professor and chair of the University of Wisconsin–Madison Department of Astronomy. “But many things are resonant and harmonious in the universe, and they certainly are in music.”

Support from friends of UW–Madison Astronomy the Madison Symphony Orchestra (MSO) will put that idea on the stage Sept. 23-25 at the Overture Center for the Arts, 201 State St. 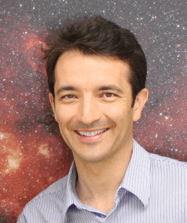 There is a bit of music to the universe — and maybe vice versa, according to Sebastian Heinz.

Thanks in part to donations from astronomy enthusiasts, department faculty and even students, MSO will perform “The Planets: An HD Odyssey” — Gustav Holst’s “The Planets” alongside images and video captured around our solar system by NASA probes and telescopes.

Holst finished composing the suite in 1917 and, according to J. Michael Alson’s MSO program notes, was thinking of astrological connotations when he wrote a movement for each of seven planets (in order of performance): Mars, Venus, Mercury, Jupiter, Saturn, Uranus and Neptune.

Holst hadn’t heard of Pluto yet. Nobody had. And the composer didn’t know the planets like we do, Heinz figures, or the Mars movement might not have its militant thunder and the Venus section might not be so placid and beautiful. Venus has a poisonous atmosphere, and it’s 400 degrees Celsius on the surface.

“It would kill you immediately,” Heinz says. “But Mars seems like the only planet in our solar system that humans could survive on. Holst might have just switched the names.”

The video and picture show was commissioned by the Houston Symphony, which performed it first in 2010, and directed by filmmaker (and astronomy Ph.D.) Duncan Copp with the help of NASA and the Jet Propulsion Laboratory. Viewers get to contemplate Holst’s interpretation of the planets while admiring high-definition images of the real deal, footage and frames from Mars landers, and artistically rendered video imagining close-up encounters with planetary surfaces. 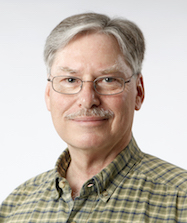 “So many people have an enthusiasm for astronomy, and we’re proud to be able to answer that,” says Jim Lattis. Photo: Michelle Stocker/The Capital Times

“It’s about these astronomical bodies in name, but the visuals give you an occasion to think about what planets mean to us in a modern context,” says Jim Lattis, director of UW Space Place.

Lattis and Heinz hosted music director John DeMain and MSO musicians and staff last week for a look at the heavens through the Washburn Observatory telescope on UW–Madison’s campus. A crowd of 50 or 60 MSO members picked out local highlights like Saturn low in the Madison sky, and then reached out to star clusters beyond our solar system.

“There’s just something about seeing the actual planets through the telescope,” Heinz says. “When you think about it, this light left the sun, and after about an hour it bounced off the actual surface of Saturn. And now it’s reaching your eye.”

It’s an awe-inspiring sight, even in pictures, and always a draw. The UW–Madison Department of Astronomy will lend staff and friends to a table in the lobby outside the MSO’s performances to give symphony-goers an idea of other stargazing opportunities the university provides.

“Since Washburn Observatory opened in 1881, astronomy and the university have always had an active and popular outreach mission with the community,” Lattis says. “So many people have an enthusiasm for astronomy, and we’re proud to be able to answer that.”