Well-traveled journalist to visit campus as Science Writer in Residence

She’s trekked through the jungles of Guatemala, confronted climate change at the North Pole, reported from a Chinese province shattered by an earthquake, and toured the site of a devastating 18th century volcanic eruption in Iceland — all in the name of communicating science. 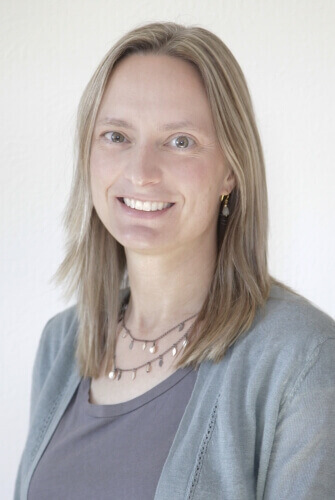 And now, the award-winning Alexandra “Alex” Witze will be in Madison as the University of Wisconsin–Madison’s spring 2016 Science Writer in Residence.

Witze — who will be joined by her science writer partner-in-crime and spouse, Jeff Kanipe ­— is a contributing correspondent for Nature and Science News magazines. She holds a bachelor’s degree in geology from MIT and science communication certification from the University of California, Santa Cruz.

With Kanipe, Witze published a book in 2015 called “Island on Fire.” It detailed the 1783 eruption of Laki, a volcano that decimated a remote Icelandic village, caused widespread and long-lasting damage and — thanks to the efforts of an unlikely volcanologist — led to some of the first efforts to understand and study volcanoes.

While Witze focuses her work primarily on the earth sciences, recent forays have also taken her (virtually) to the Milky Way and beyond, covering gravitational waves emanating from deep space, the nearly 26-year-old Hubble telescope and results from the path-breaking Pluto fly-by.

In 2015 she won a Kavli Science Journalism Award from the American Association for the Advancement of Science (AAAS) for a diverse set of stories ranging in topic from seismology to a sibling pair studying Pluto to the environmental impact of two dams in the Pacific Northwest. Witze has also received recognition from the American Geophysical Union, the American Institute of Physics and the National Association of Science Writers.

She previously served as an editor for Earth Magazine, based in Wisconsin; worked as a general science reporter for the Dallas Morning News; and from 2005 through 2010 was features editor, news editor and Washington bureau chief for Nature.

Witze will be on campus for a week beginning April 18, speaking to classes and meeting with faculty and students. On Tuesday, April 19 at 4 p.m. she will give a free, public talk in the Director’s Room, 4151 Grainger Hall, 975 University Ave., titled “Adventures in science journalism: A Nature correspondent on reporting from the North Pole to the Guatemalan jungle.”

The Science Writer in Residence program, co-sponsored by the School of Journalism and Mass Communication and University Communications, is now in its 30th year. The program brings renowned national science writers to campus with support from the UW Foundation, and formerly, from the Brittingham Trust. Anyone interested in the intersection of science and journalism is encouraged to attend Witze’s lecture.