You might think that having his first book, “I Contain Multitudes,” land on Mark Zuckerberg’s bedside table would be recognition enough for a career science writer, but impressing Facebook’s founder is just one of the many accomplishments celebrated by the University of Wisconsin–Madison fall 2017 Science Writer in Residence, Ed Yong. 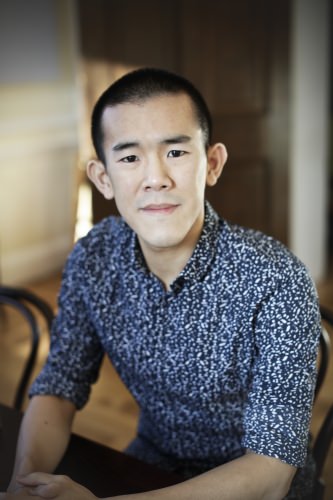 From Oct. 2 through 6, Yong, a staff writer for The Atlantic, will be on campus sharing his wisdom with students and meeting with faculty and staff. Yong will also deliver a public talk about the importance of storytelling in the communication of science.

Yong will deliver the talk with his partner Liz Neeley, executive director of the live science-storytelling show and podcast The Story Collider, at the Crossroads of Ideas community lecture on Tuesday, Oct. 3 beginning at 7 p.m.. The free talk, Nobody Has to Listen to This: Getting Honest About Science Writing and Storytelling, will take place in the H.F. DeLuca Forum of the Wisconsin Institutes of Discovery at 330 North Orchard Street, Madison.

Yong is known for his prolific stories from across the scientific spectrum, but especially about the weird world of animals (see his recent story on the surprising stability of dead flamingos, or his classic about the evolution of duck genitals), about the human side of science, and stories about the microbes teeming around and within us. In fact, his New York Times best-selling book (which also landed on Bill Gates’ blog and on Jeopardy) explores the relationship between animals and microbes.

Yong has a degree in biochemistry from University College London and a degree in zoology from Cambridge University. His work has appeared in National Geographic, the New Yorker, Wired, Nature, New Scientist, Scientific American, and many others. He has also won a multitude of awards, including the Michael E. DeBakey Journalism Award for biomedical reporting in 2016 and the National Academies Keck Science Communication Award in 2010.

Neeley trained as a marine biologist and built a teaching career at COMPASS, which helps scientists learn how to effectively communicate their work. Today, she specializes in the science of science communication, science journalism and social media. At The Story Collider, Neeley works with scientists to help them share the personal side of their professional endeavors. The Story Collider will host a live show, Risky Business, featuring UW–Madison scientists and entrepreneurs, on Wednesday, Oct. 4 at 8 p.m. at the High Noon Saloon in downtown Madison.

The Science Writer in Residence Program was established more than three decades ago with support from the Brittingham Trust, and today it continues with support from the University of Wisconsin Foundation. It has brought many of the nation’s leading science writers to campus, including Pulitzer Prize winners. The program is sponsored by the School of Journalism and Mass Communication and the office of University Communications.