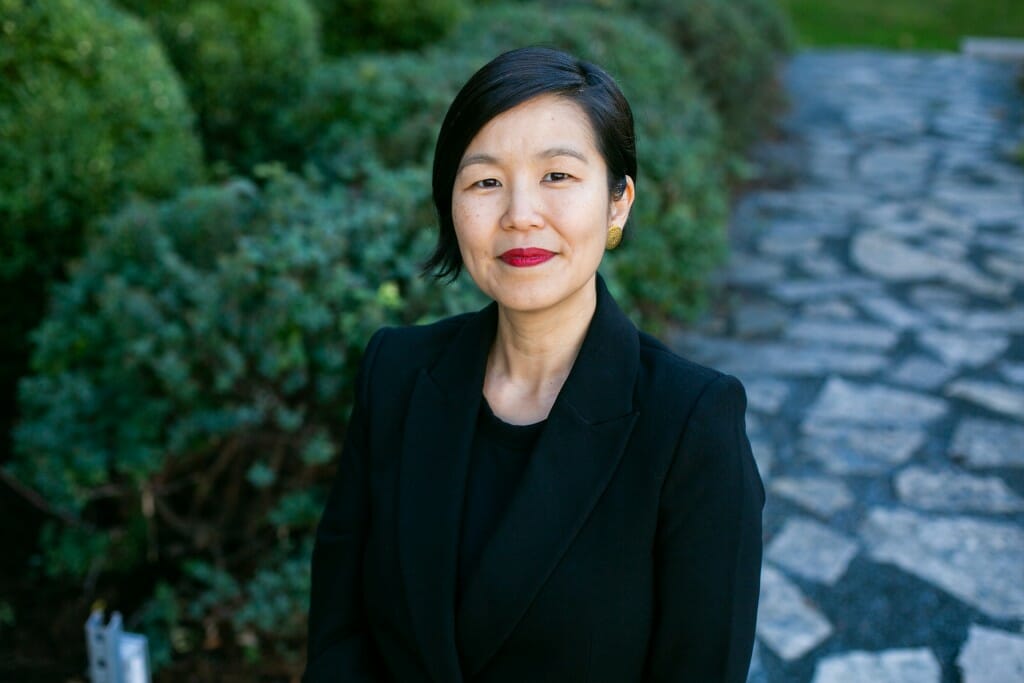 Monica Kim, a historian of the United States and international and diplomatic history, who examines the dynamics between U.S. empire, race and decolonization by tracking the changes in warfare over the course of the 20th century, has been awarded a 2022 MacArthur Fellowship.

The fellowship, also known as a “genius grant,” provides $800,000 stipends to be used as the fellows see fit. Fellows are selected by the John D. and Catherine T. MacArthur Foundation for their exceptional creativity, future promise and potential for the fellowship to advance their work.

Kim, who joined the UW–Madison faculty as the William Appleman Williams & David G. and Marion S. Meissner Chair in U.S. International and Diplomatic History in 2020, analyzes the “wars of intervention” undertaken by the U.S. during the Cold War – in particular, the Korean War. By examining the experiences of ordinary people caught in the machinery of war, Kim creates a stark new narrative that complicates official, top-down versions of the conflict, offers a compelling view of the changing nature of warfare after World War II and proposes fresh ways to consider the roots of longstanding conflicts simmering around the globe.

Kim became interested in analyzing the Korean conflict because her own childhood — her Korean parents immigrated to the U.S. due to the Korean War — raised questions for her.

“The war was really present in my family during my childhood,” she says. “Yet at school, growing up, it was completely absent from textbooks or discussions. I wanted to do a bottom-up history of the Korean War — not from the vantage points of heads of state and military leaders, but from those of ordinary people like soldiers or farmers, like my family members were.” 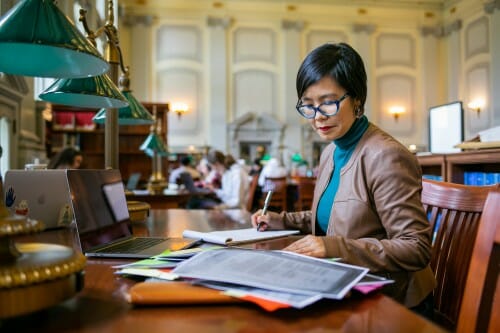 Kim thought interrogation reports would be a good place to begin. What she found startled her to the core. Many of the interrogators had Japanese American names. How many complicating layers, she wondered, were underlying each interrogation, on both sides? Korea had been colonized by Japan for decades, but in 1945 the country was divided into trusteeships overseen by the U.S. and the Soviet Union. Many of the Japanese American soldiers conducting the questioning had been held in internment camps in the U.S. as recently as five years prior and had been drafted into the Korean conflict. Kim realized that how the interrogators — and their captives — navigated and negotiated these realities was an important story.

“Those kinds of moments made me realize that turning to ordinary people’s experiences completely explodes our idea of where and when to start the story of this war,” she says. “Race and decolonization come to the fore.”

In her first award-winning book, “The Interrogation Rooms of the Korean War: The Untold Story,” Kim starts the story of the Korean war both on the Korean peninsula and in Japanese American concentration camps during World War II. By focusing on intimate encounters, she reveals a global history of decolonization and challenges the storytelling around warfare undertaken by nation states after World War II.

“Monica Kim sheds fresh light on established historical narratives, strengthening our already formidable depth of expertise in U.S. history, war and society, and East Asian history,” says Provost Karl Scholz. “I am enormously proud of Monica’s achievements and look forward to what she will accomplish as the recipient of this prestigious fellowship.”

Anne Hansen, chair of the Department of History, says Kim’s research is distinctive for the depth of its originality and humanity.

“She asks new and compelling questions about subjects we think we know, enabling us to understand international events at different scales and through the lenses of new archives and previously unheard voices,” says Hansen. “She is one of those rare people who is always fully present and fully engaged, and her classes speak to exactly the kinds of questions and concerns about global historical processes and social justice that our students most want to study.”

“Monica is a remarkable scholar whose work beautifully sheds light on our human experience. We are thrilled that the MacArthur Foundation has chosen to recognize Monica and proud to have her as a friend and colleague,” says College of Letters & Science Dean Eric Wilcots.

UW–Madison’s most recent faculty MacArthur winners came in 2019, when Lynda Barry, Chazen Family Distinguished Chair in Art and a professor of interdisciplinary creativity in the Art Department, and Andrea Dutton, professor of geology in the Department of Geoscience, were named fellows. In addition to faculty members, multiple UW alums have received the honor.

“I’m delighted for Professor Monica Kim, who exemplifies the excellence of our faculty and joins a proud tradition of UW winners of this storied award,” says Chancellor Jennifer L. Mnookin. “It’s so wonderful to see Kim’s groundbreaking, innovative scholarship recognized in this important way, and we’re proud to count her among the university’s brilliant and creative thinkers on topics across the spectrum of knowledge.”

When she received the call from the MacArthur Foundation, Kim says she was stunned. Her mind leapt to the ways she could use the funding. Her next book, tentatively titled “The World that Hunger Made: The Koreas, the United States, and Afro-Asia,” will explore the long history of sanctions, agricultural developmental policies and militarization, which are not often considered together. She’s interested in the kinds of political economies these forces create and how organizations and states have failed to solve, and instead have tried to regulate, hunger.

The funding might also help advance and sustain a hub or a lab where conversations between activists, scholars and critical journalists explore different ways of looking at geopolitics.

“The historian in me wants to build an extensive, multi-year potential project and create an archive of these alternative visions of what can be changed on the ground,” she says. “I am committed to trying to understand the different scales at which militarization affects societies.”