The fleet of Earth-observing satellites deployed by NASA and other government agencies is providing an unprecedented look at what’s in the air we breathe.

But the massive data sets generated by the satellites — capable of measuring everything from pollen and smoke from forest fires to industrial chemicals — can be daunting for the state and federal agencies that can actually use the information to help mitigate problems of human health and the environment.

To solve the problem, NASA established the Health and Air Quality Applied Sciences Team and this past week tapped Tracey Holloway, a professor in the University of Wisconsin–Madison’s Nelson Institute for Environmental Studies, to lead the multi-institutional effort to help make environmental satellite data more accessible and useful. 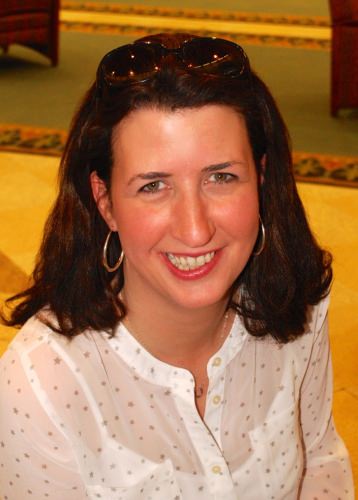 “The United States spends hundreds of millions of dollars to have these great systems in place,” says Holloway, an expert on air quality and satellite data. “The idea is to help users get a sense of what is in the air and how it is changing, and inform decision-making around the best quality data.”

New generations of Earth-observing satellites are capable of measuring the chemistry of the atmosphere in unprecedented ways. Such things as carbon monoxide, nitrogen dioxide, sulfur dioxide and formaldehyde are examples of chemicals in the air that can be measured from space. The satellites can also provide a global perspective, providing data on harmful pollutants in remote areas of the world where ground-based measurements are difficult or impossible to obtain.

“The idea that satellites can provide useful information to the public isn’t new, of course,” notes Holloway. “But just because there are lots of data out there doesn’t mean people are using it.”

Holloway will be aided by UW–Madison colleagues Jonathan Patz, an expert on global environmental change and human health, and Steve Ackerman, an expert on weather satellites and their development. Other team members include experts from Georgia Tech, Emory University, Princeton University, the University of Colorado, NASA’s Jet Propulsion Laboratory and Goddard Space Flight Center, Columbia University, and the University of Washington, among others.

Air pollution is considered a global health risk and is an important indicator of environmental quality. The ability to measure air chemistry from satellites in Earth orbit can be used by government agencies and leaders to inform policy, says Holloway. In addition to being useful for entities such as the Centers for Disease Control, the Environmental Protection Agency, the National Park Service and the National Institutes of Health, the information has significant policy implications for states as they seek to meet federal air quality standards.

“All of this information is in line with the agencies and programs that care about what is in the air, how it is changing, and human health,” Holloway says. “There is lots of infrastructure at NASA to back this up and we’ll be working to answer questions from the communities who want to use these data.”