Epicentre, a Madison firm that prospered by licensing a biological discovery from the University of Wisconsin–Madison, continues to grow here five years after being sold to Illumina Inc. of San Diego.

Illumina makes next-generation sequencing systems, which are revolutionizing biology with ultra-fast deciphering of the bases, or letters, in genes. In an hour, its machines can do what took months or years just 15 years ago.

The explosion in next-generation sequencing has opened windows throughout medicine and biology. It allows researchers to look at the genetic changes that help cancer spread during metastasis. It allows better understanding of antibiotic resistance, and the relationships among the vast and varied human family. And it’s key to the effort to adapt treatments to individuals — called personalized medicine. 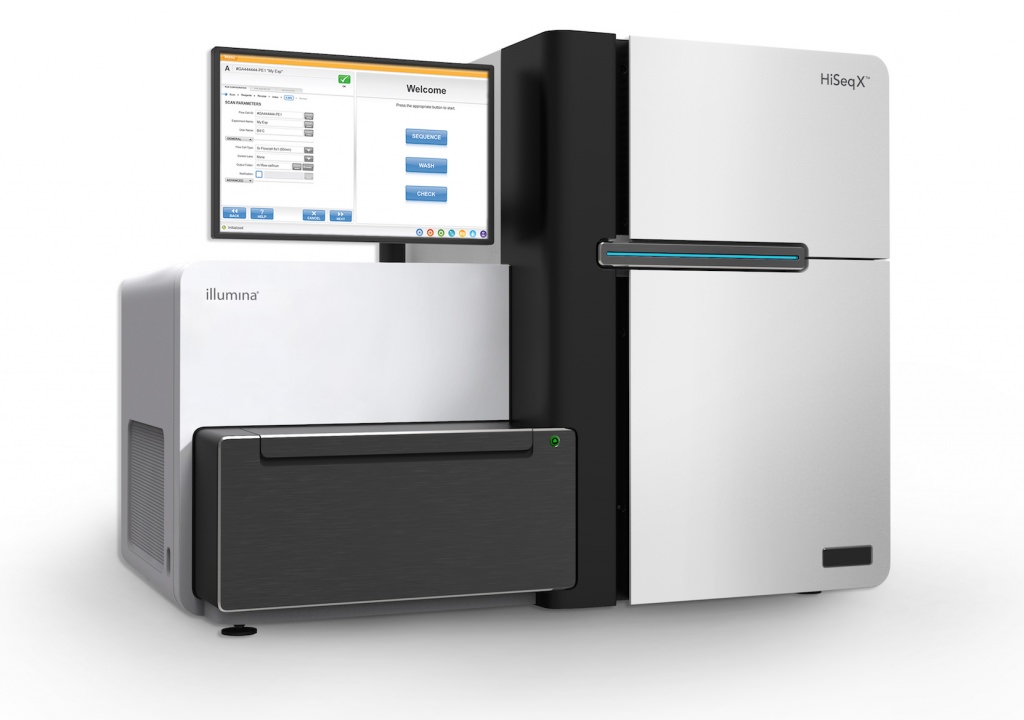 Machines like this “next-generation sequencer” have revolutionized biology by allowing genomes to be read at astonishing speeds. Photo: Illumina Inc.

Ironically, sample prep for this ultra-fast system was, well, not so fast, says Nick Caruccio, general manager of the Illumina-Madison site.

The Epicentre technology that interested Illumina, which accelerates the task of preparing samples for high-speed sequencing, is based on a discovery from the UW–Madison lab of Professor Emeritus William Reznikoff, who studied transposition — the natural movement of genes inside an organism.

Transposition, sometimes called “jumping genes,” occurs in virtually all organisms, says Reznikoff, who became fascinated with the phenomenon in the 1960s. In the 1990s, Reznikoff discovered and patented a “hyperactive” transposition enzyme called Tn5, which cuts DNA and joins the insertion. It is those patents, filed through the Wisconsin Alumni Research Foundation (WARF), that underlie Epicentre’s high-speed sample prep system. 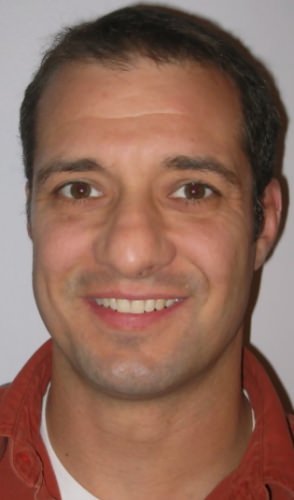 When Epicentre first began selling Tn5 for in vitro transposition, “it was a pretty niche, specialty market,” says Caruccio. “It wasn’t until about 2008 that we realized that if we modified the technology by using a different transposon design, we could profoundly change how sequencing libraries are made.” To a gene sequencer, a “library” is a sample of DNA ready to be read by the instrument.

The result was Epicentre’s “Nextera” sample-prep system, which attracted Illumina’s interest. “The Nextera kits that led to the acquisition were based on the UW–Madison technology licensed by WARF, pioneered in the lab of Bill Reznikoff,” Caruccio says.

In Illumina’s sequencing process, DNA or RNA is broken into small pieces that are “read,” and then virtually reassembled using a great deal of computing power. “Previously, you would shear the DNA, select the right size fragments, polish the ends, ligate (or attach) special adaptors, and then clean it up afterwards,” says Caruccio, who received a doctorate in cellular and molecular biology from UW–Madison in 1996. “It was a multistep, multiday process, and there were compounding losses at every step.”

With Nextera, the Tn5 fragments the DNA and attaches the adaptors in a single step, says Caruccio. “Nextera is a workflow improvement with one step instead of seven, and each time a step is removed, a chance for error and sample loss is also removed. This collapses the bulk of library prep into a single, five-minute reaction.”

Illumina’s Epicentre division has more than 100 employees in Madison and is growing, Caruccio says. The division has recently begun to manufacture enzymes for sample prep, and continues to sell a broad range of other biological reagents under the Epicentre brand.

Emphasizing the UW–Madison connection, Epicentre’s founders, Jerry Jendrisak and Gary Dahl, both obtained doctorates from the university during the 1970s.

The explosion in next-generation sequencing has opened windows throughout medicine and biology. It’s key to the effort to adapt treatments to individuals — called personalized medicine.

“It’s quite a story,” says Caruccio. “UW-Madison had a researcher who spent his career trying to understand this strange and unexpected phenomenon — DNA jumping from place to place inside a single cell. Eventually, Bill Reznikoff discovered the enzyme responsible for that, which would have been a landmark by itself. But then this small biotech company in Madison picked up on the enzyme, made an improvement, used it to speed up next-generation sequencing, and was sold to the maker of the fastest gene sequencers on the market. This technology led to the company’s sale, but the jobs, and the scientific prowess, remain in Madison.”

One perspective on how high-speed sequencing has changed biology comes from the scientist who contributed the fundamental advance behind the accelerated sample-prep system. In the mid 1970s, Reznikoff says, his lab devoted four person-years to sequencing 122 “letters” of DNA. Today, an Illumina machine would do that millions of times over in an afternoon.