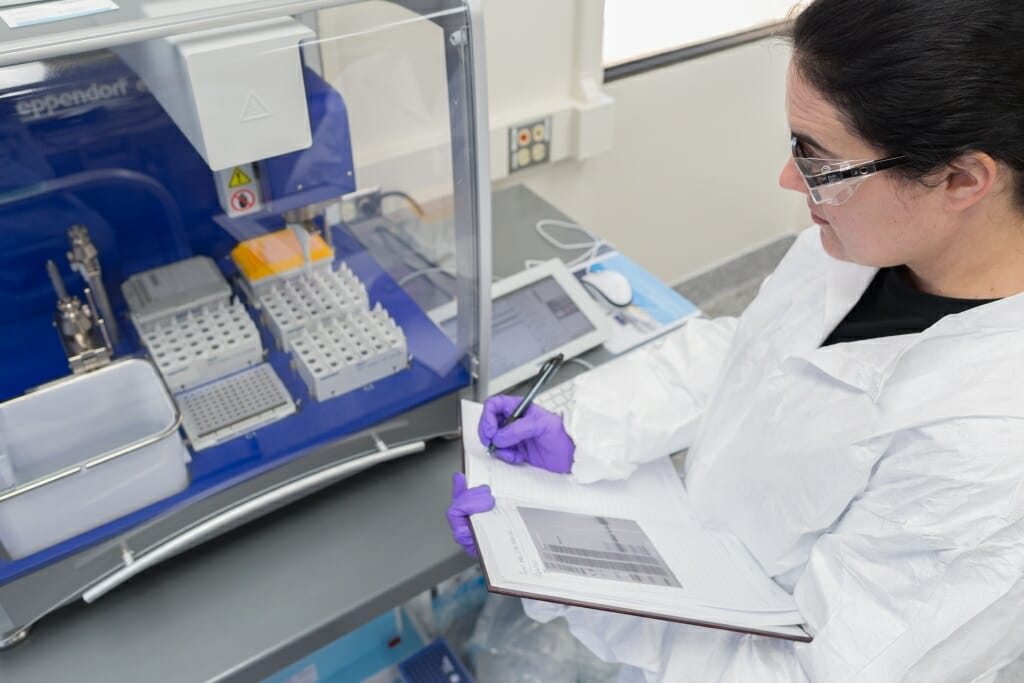 A UW–Madison lab that makes proteins, antibodies and viruses has begun manufacturing a virus critical to experimental treatments for many genetic conditions.

The AAV production reflects the Waisman lab’s growing importance in the biopharma business, as it’s the only facility on campus meeting FDA “good manufacturing practices” rules for large-scale manufacturing of biological therapies.

“Usually the researchers who are doing basic science have made the molecule in the lab on a small scale, but they don’t have the expertise, equipment and time to make it on the larger scale needed to treat patients in a clinical trial, and to make it in a way that the FDA considers suitable,” Ross says. 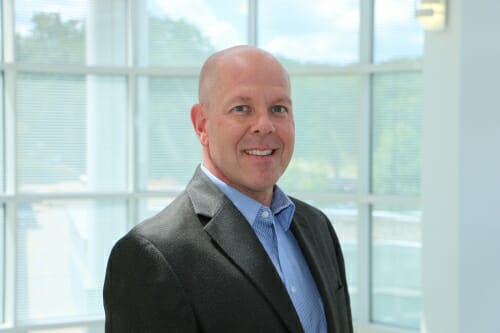 Ross will announce the AAV offering at the 2018 meeting of the American Society for Gene and Cell Therapy, May 16-19 in Chicago.

In December, the Food and Drug Administration gave its first approval to a gene therapy reliant on AAV, for a rare genetic blindness. The demand for AAV also reflects soaring interest in “gene editing” using a promising new technique called CRISPR-CAS9.

Different genetic strains of AAV are needed to deliver genes to different cell types, and Ross says some of the first products are specialized to neurons. He adds that AAV has been used in clinical trials to correct genetic defects in Alzheimer’s and Parkinson’s diseases.

The AAV bottleneck slows the growing field of “biopharmaceuticals,” which deals with treatments based on biology. As treatment and prevention shifts from medicines created in labs toward complicated structures like proteins and antibodies, the blessing of complexity can become a curse to fabricators. Biopharmaceuticals, by definition, are rooted in living organisms, so they can carry genes or viruses that can cause diseases like cancer.

Moving from a lab experiment in a dish or with a few mice to a clinical trial with dozens of people requires growing more organisms in larger vats of growth medium, and then purifying and concentrating the product. “The logistics are very different when you handle 100 liters of media, as opposed to 10 milliliters [thousandths of a liter],” Ross says. “When you grow something in the lab and test it in a mouse, purity is somewhat less of an issue than when you put it into a human being.”

The entire process is governed by what the FDA calls “good manufacturing practices,” or GMP. Satisfying that simple-sounding standard is anything but simple. The FDA is particular about the genetics of the host cell, which might cause a tumor, or proteins that could cause immune reactions.

Ross, who worked for 10 years in industry before coming to Waisman Biomanufacturing 19 years ago (“while the drywall was still being installed”) says the job requires attention to detail, but also flexibility. “We are constantly dealing with new things, so you are never the expert. You have to take in new information, distill and synthesize it and put it into practice, use all your experience to make the whole process go smoothly.”

The lab, housed in the Waisman Center, has 31 employees and up to 25 students. 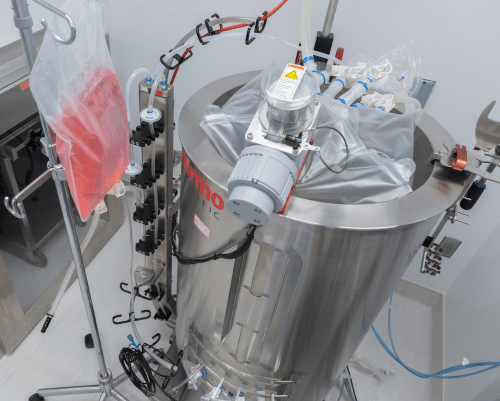 As gene therapies edge toward the clinic, Ross feels the pressure of getting treatments quickly to patients with a wide range of conditions with genetic roots. “The faster products get into clinical trials, the better progress we can make. In the older approach, when a professor had a promising idea, they would spin out a company and build all this infrastructure: people, equipment, facilities. If it did not work out or if progress was too slow, it would collapse. We’re different. We make the product, but if there’s a delay, we can change lanes and make something else until that issue has been worked out.

“Edison said ‘you have to fail faster,’” Ross continues. “He understood that failure helps you stay on track to find something that does work, so failing faster can be a sign of progress. Biological therapies are the wave of the future, but they are complex and demanding. We’re in a good position to help the field succeed faster, and we are ready to help with new ideas and projects from across campus and from the growing Wisconsin biomedical industry.”