Progress made toward treatment for rare, fatal neurological disease

After more than a decade of work, researchers at the University of Wisconsin–Madison’s Waisman Center reported promising results in the lab and in animal models that could set the stage for developing a treatment for Alexander disease, a rare and usually fatal neurological disease with no known cure.

“For the first time, we have a reasonable chance to develop an effective treatment for Alexander disease,” says Albee Messing, a study co-author, professor of comparative biosciences and director of the Waisman Center at the University of Wisconsin–Madison. 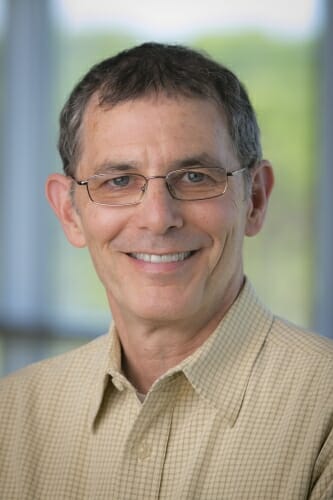 In the study, published this month in the Annals of Neurology, researchers introduced short, chemically modified fragments of DNA – called antisense oligonucleotides ­– into cells in laboratory dishes or directly into the brains of mice with Alexander disease to lower levels of a protein called GFAP, variants of which cause the symptoms of the disease.

They introduced antisense oligonucleotides – or oligos, for short –dramatically decreased the amount of GFAP protein in both cells in the lab and in mouse brains.

Levels of GFAP protein in the brains of mice with Alexander disease dropped within weeks to levels at or even below those in mice without the disease. As GFAP levels decreased, the mice also showed improvements in the molecular and physical symptoms of the disease.

“They started to put weight back on, and we found that there was less stress not only on their astrocytes – the kind of cell where GFAP accumulates in Alexander disease – but also on other cells in the nervous system,” says Tracy Hagemann, lead author of the study and a Waisman Center senior scientist.

These findings have been a long time coming, Hagemann says: “We started exploring ways to lower GFAP protein levels in the early 2000s. We had some success with pharmaceuticals, but their effectiveness would drop when tested in mice with Alexander disease, or their side-effects would be too damaging.”

The researchers persevered, helped by substantial support from private donations. Then, in 2012, Messing learned of a study in which single injections of oligos had long-lasting effects in mouse models of Huntington’s disease, another neurological disorder. 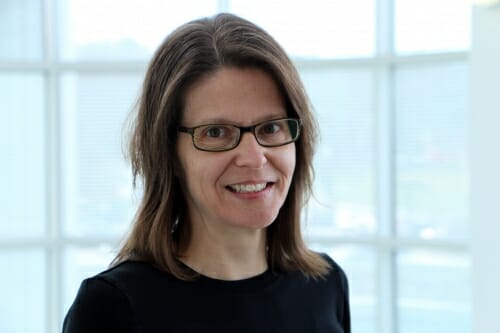 “That encouraged us to check if we could use similar oligos to lower GFAP levels in mice with Alexander disease,” says Messing.

These oligos are designed based on the DNA sequence of the GFAP gene. Once inside cells, the oligos target and bind to RNA molecules that the cells use as blueprints to make GFAP protein. A specific cellular machinery detects these DNA-RNA hybrids and annihilates them. Without the RNA blueprints, cells stop making GFAP protein.

However, there are some differences between the mouse model of the disease and how the disease manifests in people. “We are now testing the antisense oligos in a rat model of Alexander disease, which has more similarities to the human disease,” says Messing.

One potential boost on the road to developing a treatment for Alexander disease is that antisense therapies are already being used to treat other diseases. For example, the FDA recently approved a treatment for spinal muscular atrophy using antisense oligonucleotides.

“We are still some time away from clinical trials, but we are much closer than we were even two years ago,” says Hagemann.

The study might have ramifications beyond Alexander disease as well, says Messing. “This study is the most dramatic example yet showing that antisense therapy can affect astrocytes,” which have also been implicated in ALS, Parkinson’s disease, Alzheimer’s disease and many other conditions.

The study was conducted in collaboration with researchers at Ionis Pharmaceuticals Inc. in Carlsbad, California. Messing, Hagemann and co-author Steven Wheeler – also at the Waisman Center ­– have no conflicts of interest. The work was supported by the National Institutes of Health (HD076892, HD03352 and HD090256), the United Leukodystrophy Foundation and the Juanma Fund.

Messing is the author of a new book called Alexander Disease: A Guide for Patients and Families. All author royalties from sales of this book will be donated to Alexander disease research.