Stellar magnetism: What’s behind the most brilliant lights in the sky? 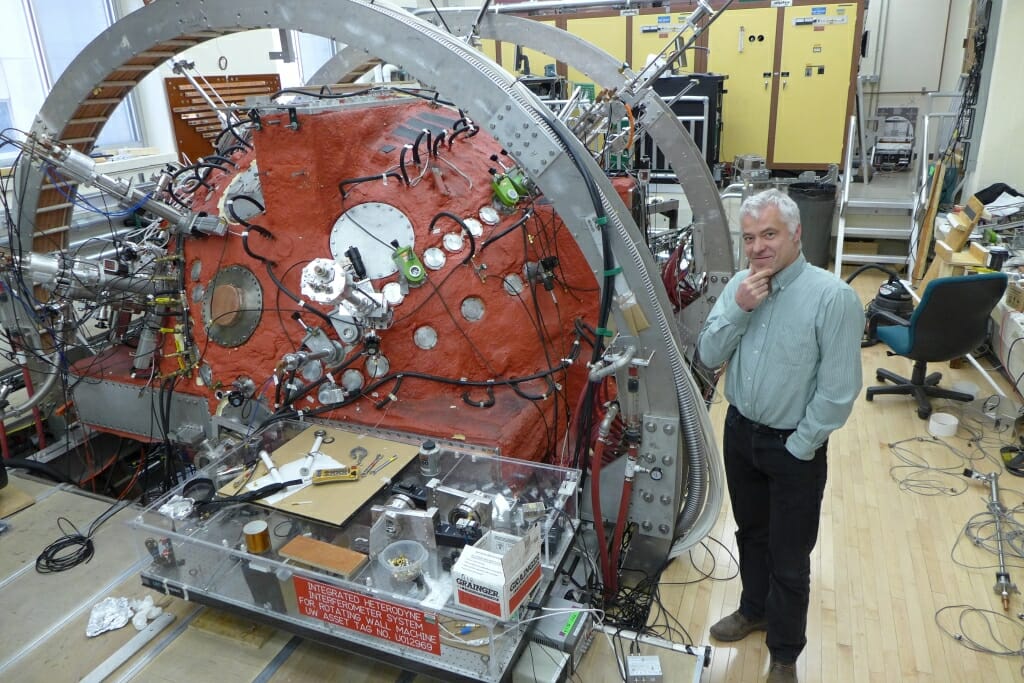 Jan Egedal, professor of physics at UW–Madison who lead an exploration of magnetic reconnection, stands beside a chamber used for experiments in that exotic phenomenon. David Tenenbaum 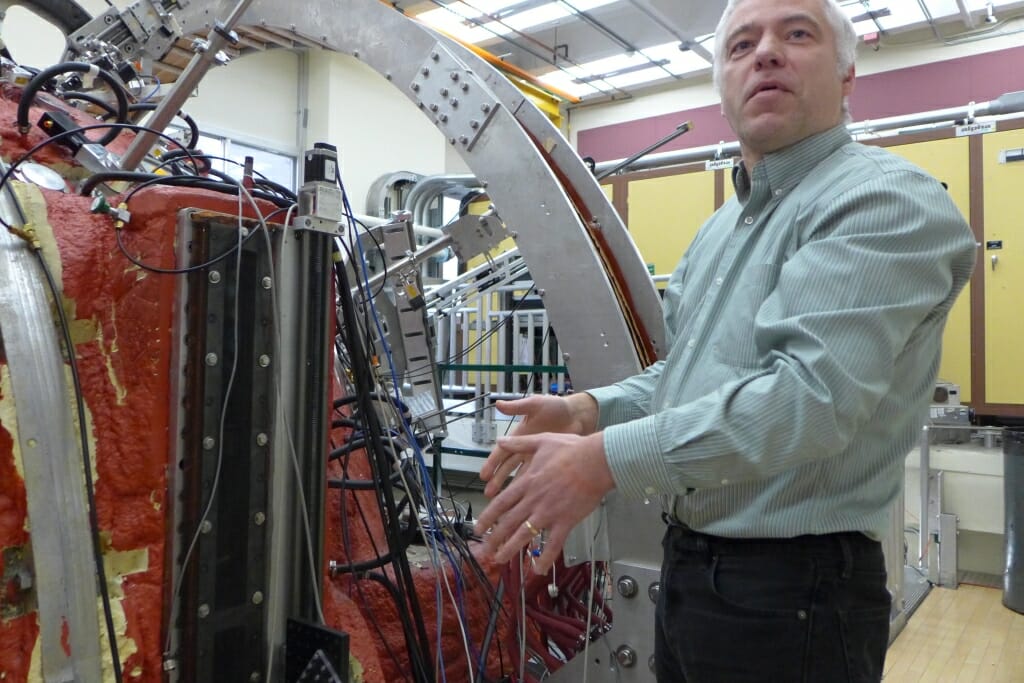 Space physicists at University of Wisconsin–Madison have just released unprecedented detail on a bizarre phenomenon that powers the northern lights, solar flares and coronal mass ejections (the biggest explosions in our solar system).

The data on so-called “magnetic reconnection” came from a quartet of new spacecraft that measure radiation and magnetic fields in high Earth orbit.

Egedal and colleagues studied recordings from Oct. 15, 2016, when the Magnetosphere Multiscale satellite passed through the point where the solar wind meets Earth’s magnetic field. “Our data clearly show that electrons suddenly cease to follow magnetic fields and zoom off in another direction, corkscrewing and turning. That begs for explanation,” Egedal says.

The activity confirmed the theoretical descriptions of magnetic reconnection. But it violated the standard law governing the behavior of plasmas – clouds of charged particles that comprise, for example, the solar wind. “The ‘plasma frozen-in law’ says electrons and magnetic fields have to move together always, and suddenly that does not apply here,” says Egedal. “It’s the clearest example ever to be measured in space, and it blew my mind.” 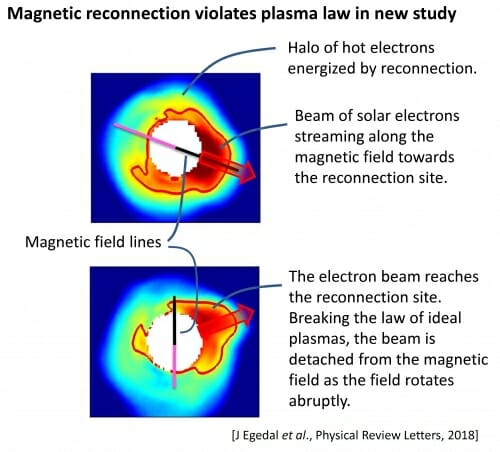 “Our equations tell you reconnection cannot happen, but it does,” Egedal says, “and our results show us which factors need to be added to the equations. When the law is violated, we can get an explosion. Even in Earth’s moderate magnetic field, reconnection from an area just 10 kilometers across can change the motion of plasma thousands of kilometers distant.”

In the 1970s, telescopes orbiting above earth’s sheltering magnetic field and atmosphere began returning data on X-rays and other non-visible types of radiation. Rather quickly, the age-old image of the sky as a quiet curtain of stars was yanked aside, revealing a zoo of weird objects, powerful beams and cataclysmic explosions.

“Almost everything we know about the universe comes from the light that reaches us,” says Cary Forest, also a professor of physics at UW–Madison. “When one of these fantastic space telescopes sees a massive burst of X-rays that lasts just tens of milliseconds coming from an object in a galaxy far away, this giant burst of energy at such a great distance may reflect a massive reconnection event.”

But there’s more, Forest adds. “When neutron stars merge and give off X-rays, that’s magnetic reconnection. With these advanced orbiting telescopes, just about everything that’s interesting, that goes off suddenly, probably has some major reconnection element at its root.”

Magnetic reconnection also underlies the auroras at both poles, Egedal says. When reconnection occurs on the sunward side of Earth, as was seen in the recent study, “it changes the magnetic energy in the system. This energy migrates to the night side, and the same thing happens there, accelerating particles to the poles, forming auroras.”

Beyond offering insight into the role of magnetic reconnection in celestial explosions, eruptions and extraordinary emissions of energy, the observations have a practical side in terms of space weather: explosions of charged matter from the sun can damage satellites and even electrical equipment on the ground. After a solar flare in 1989, for example, the entire power system in Quebec went dark after it picked up a pulse of energy from space. “Across the United States from coast to coast, over 200 power grid problems erupted within minutes of the start of the March 13 magnetic storm,” NASA wrote.

Today, Forest notes, modern utility systems contain switches to interrupt the loop of conductors that could become antennas that pick up a problematic pulse from the sun.

“If we understand reconnection better, perhaps we can improve space weather forecasts,” says Egedal. “We can look at the sun to predict what may happen in two to four days, which is how long the wind from the sun takes to reach Earth.”