T. Douglas Price, a University of Wisconsin–Madison emeritus professor of anthropology, an expert on prehistoric agriculture in Europe, and a pioneer in the use of chemical isotopes to assess mobility in ancient peoples was elected today (May 1) to membership in the National Academy of Sciences. 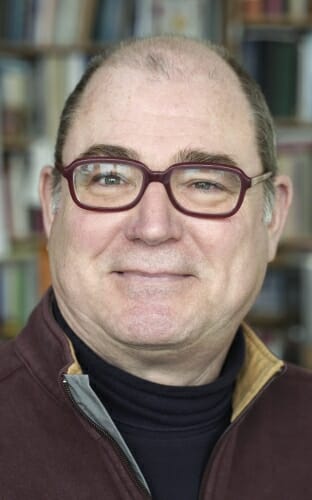 Election to NAS is considered one of the highest honors that can be conferred on an American scientist. Price is one of 84 members of the 2018 class, joining 21 foreign associates recognized “for their distinguished and continuing achievements in original research.”

Price served on the UW–Madison faculty for 37 years. His field work centered on the Danish island of Zealand and the coastal regions of Denmark, whose prehistoric, hunter-gatherer landscape, with a moderate climate and abundant natural resources, Price once described as “a superb place for people to live.”

His studies of Denmark’s archaeological treasures began shortly after he completed graduate studies at the University of Michigan. On Zealand and at other sites, Price and his colleagues uncovered a rare picture of everyday life in the Neolithic at a place where natural resources — deer, fowl, fish, seals, wild pig and nuts — were abundant. “Everything we find indicates it was a very rich environment,” he told an interviewer in 2006 when he became the first foreigner to receive the Westerby Prize, Denmark’s pre-eminent award for archaeology. “It was a very, very good place to be.”

In addition to his work in Denmark, Price pursued new chemical techniques, using strontium isotopes extracted from human and animal teeth to investigate mobility among not only prehistoric peoples, but relatively modern ones as well. In 2013 Price and his collaborators published isotopic data from the teeth of 153 Stone Age humans from burials near the Danube Gorges in modern Romania and Serbia to show that European hunter-gatherers were exposed to agriculture by migrants from the Near East who brought the technology with them.

Digging in Colonial Era graveyards in Mexico, Price helped identify the remains of some of the first African slaves brought to the New World in the decades just after the arrival of the first Europeans by identifying the indelible but distinctive chemical signatures set in teeth early in life. In 2009, Price applied his chemical techniques to help identify crew members Christopher Columbus left on the Caribbean island of Hispaniola after his second voyage to America in 1493–94.

A private organization founded through an act of Congress signed by President Abraham Lincoln, the 155-year-old academy now has 2,382 active members and 484 foreign associates.