UW lab gears up for another Antarctic drilling campaign

With news that the National Science Foundation (NSF) and international partners will support an upgrade to the IceCube neutrino detector at the South Pole, the UW–Madison lab that built the novel drill used to bore mile-deep holes in the Antarctic ice is gearing up for another drilling campaign.

The UW’s Physical Sciences Laboratory (PSL), which specializes in making customized equipment for UW–Madison researchers, will once again lead drilling operations. The $37 million upgrade announced this week (July 16, 2019) will expand the IceCube detector by adding seven new strings of 108 optical modules each to study the basic properties of neutrinos, phantom-like particles that emanate from black holes and exploding stars, but that also cascade through Earth’s atmosphere as a result of colliding subatomic particles. 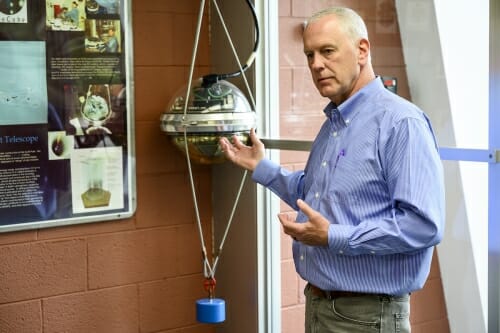 “It takes a crew of 30 people to run this 24/7. It’s the people that make it work,” says Bob Paulos, director of the Physical Sciences Lab. Photo: Bryce Richter

The IceCube detector now consists of 86 strings with a total of 5,160 sensors arrayed over a cubic kilometer in deep, crystal clear ice a mile beneath the geographic South Pole. Last year, the collaboration of scientists using the detector announced the discovery of a distant source of high-energy neutrinos and cosmic rays, laying to rest one of physics’ oldest mysteries.

“We are building on success with the upgrade of IceCube,” notes Francis Halzen, a UW–Madison professor of physics and the lead scientist for the IceCube collaboration. “PSL is a unique facility that allows UW–Madison to host projects like IceCube and participate in the construction of particle physics detectors at CERN, Fermilab and elsewhere. PSL is a resource that allows students and scientists at UW–Madison to be directly involved in big science.”

Anatomy of an Ice Drill 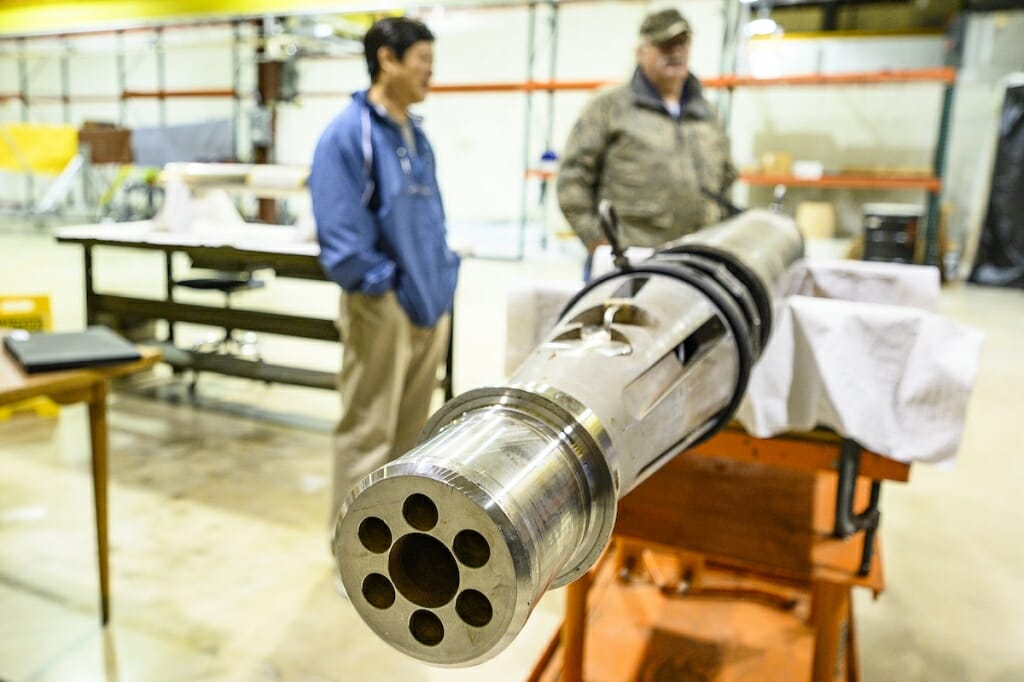 An ice drill used at the IceCube observatory in Antarctica is undergoing maintenance at the Physical Sciences Lab. Photo by: Bryce Richter 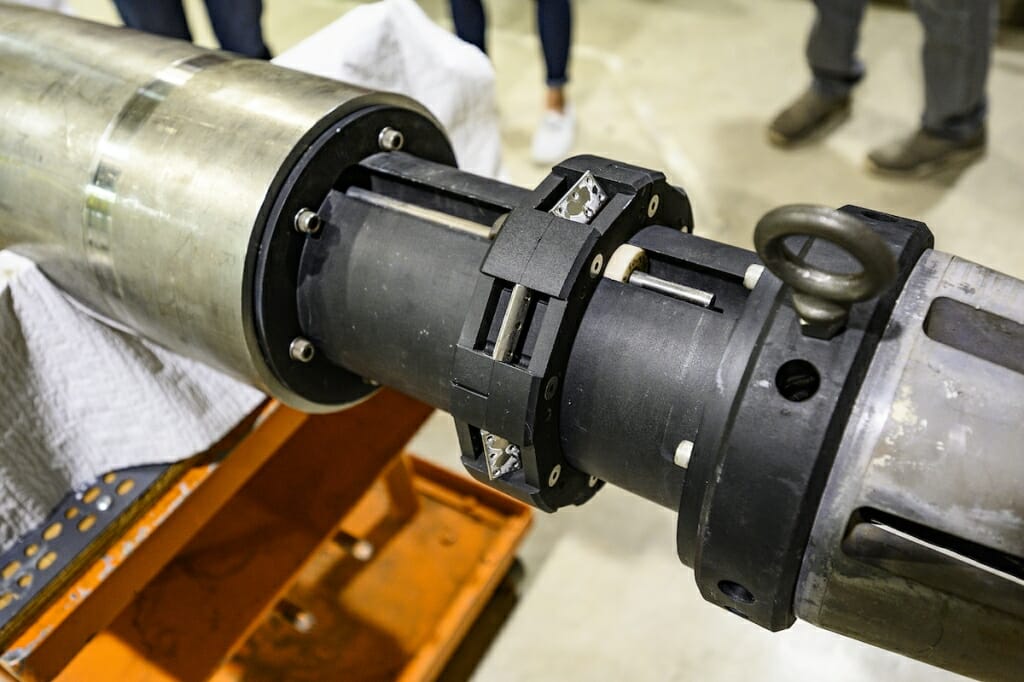 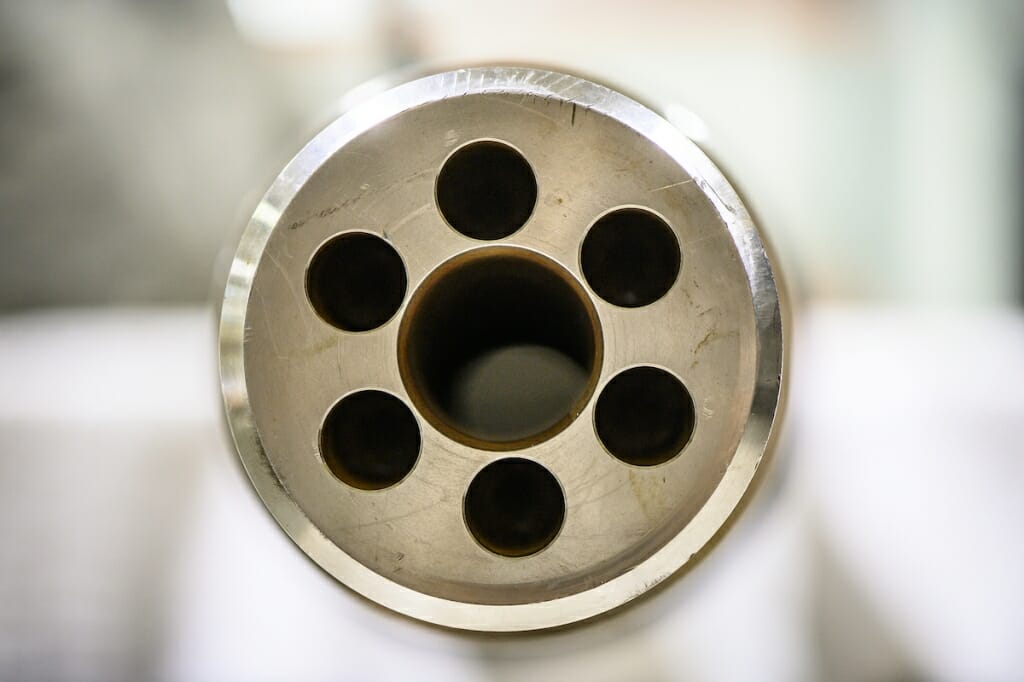 Much of the original equipment, which remains at the South Pole, will be reused for the detector upgrade. Photo by: Bryce Richter 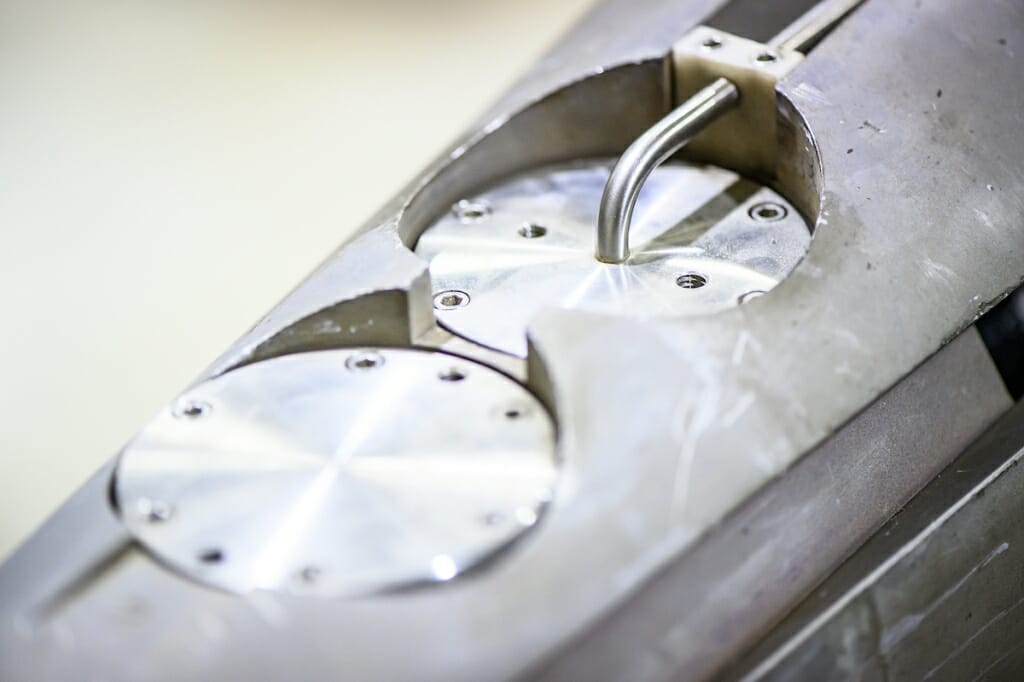 Some equipment will need to be rebuilt after it is dug out of snow drifts near the IceCube laboratory and returned to PSL. Photo by: Bryce Richter

IceCube is a large international consortium headquartered at UW–Madison. It involves hundreds of scientists, engineers and technicians.

PSL was responsible for designing, building and deploying the drilling equipment that made the original IceCube detector and its predecessor, AMANDA (Antarctic Muon and Neutrino Detector Array) possible beginning in the 1990s.

Much of the original equipment, which remains at the South Pole, will be reused for the detector upgrade, explains Paulos. Some equipment will need to be rebuilt after it is dug out of snow drifts near the IceCube laboratory and returned to PSL, located outside of Madison near Stoughton. He says about $12.5 million has been budgeted for the drilling.

“Another key is getting the right people back,” says Paulos. “It takes a crew of 30 people to run this 24/7. It’s the people that make it work.”

The first hole for the expanded detector is expected to be drilled in the Austral summer of 2022/2023 when seasonal temperatures at the South Pole permit extended periods of time when people can work outside.