More than 100 people recently gathered in a large tent surrounded by cornfields 10 miles south of Madison. The reason? To celebrate UW–Madison’s Physical Sciences Lab’s 50th anniversary — marking five decades of success in a wide range of research and development in areas such as high energy physics, biology, geology, limnology and plasma physics. 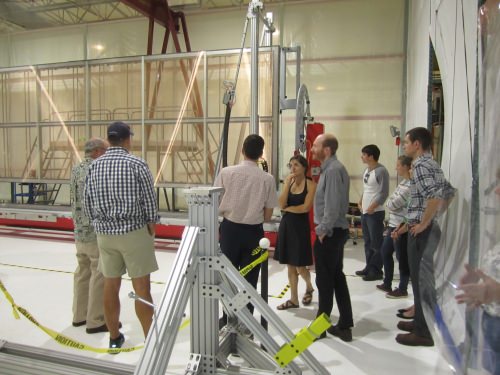 PSL, a center within the Office of the Vice Chancellor for Research and Graduate Education, has partnered with UW–Madison researchers since 1967, serving a broad client base that has included public institutions in Wisconsin and out of state, private industry and foreign customers. Retirees, current employees, UW–Madison staff and administrators, and project partners gathered at the rural Stoughton site to mark the milestone.

“PSL is where creativity and excellent craftsmanship culminate in the unique tools that researchers need to do their work — sometimes work that has never been done before,” says Marsha Mailick, UW–Madison vice chancellor for research and graduate education. “The scale and complexity of the projects that rely on PSL’s highly trained and experienced staff is one of the reasons that UW–Madison is a world-class research institution.”

Over 50 years, PSL has evolved to where it is able to facilitate large-scale design, engineering and fabrication projects essential to such projects as the IceCube Neutrino Observatory at the South Pole and the Large Hadron Collider at CERN in Switzerland, where an elementary particle called the Higgs boson was discovered.

PSL has played an important role in the IceCube Project, including building a Digital Optical Module (left). The modules are lowered deep into the polar ice at the neutrino observatory. Photos: Natasha Kassulke (left) and Mark Krasberg, IceCube/NSF

But PSL does not just support these very large international projects; many smaller projects undertaken by PSL also support research at UW–Madison related to medical, veterinary, geological and biological sciences, and more.  Some 6,000 projects, big and small, have been executed over the lab’s 50-year history.

“It’s interesting to walk around and see the work that has been done over the past 50 years, but more importantly to talk to the people who have been here and the research they have done while here,” says Steve Ackerman, UW–Madison associate vice chancellor for research in the physical sciences.

“Research centers like PSL are critical to campus in terms of having very successful research programs. To hit an anniversary like 50 is astounding — think back to 50 years ago and what the technologies were, what we were making, and what were our scientific challenges? Or think back just 10 years ago and the types of technologies that we had, versus what we have now. For a center to stay around for 50 years means they have had to take on those challenges and continually adapt themselves. I’m looking forward to what PSL will accomplish in its next 50 years.”

Some researchers contend that they owe their careers to PSL. 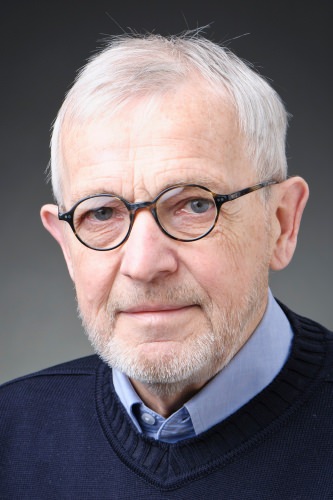 “Without PSL, I would be a lonely theorist writing papers,” said Francis Halzen, UW–Madison physics professor and longtime principal investigator for IceCube, addressing the anniversary celebrants. “I owe everything to PSL. And I think it is important to realize that you are standing at a historic site.”

Halzen notes that PSL’s history has its roots firmly grounded in the history of electron accelerators.

In September 1954, 14 universities formed the Midwest Universities Research Association with the purpose of designing a high-energy accelerator to be built in the Midwest. MURA started in a garage on University Avenue in Madison. When a larger facility was needed, the group found the Stoughton site where PSL sits today. The site was chosen because it was suitable for building an accelerator -– close to a university, flat, with no buildings and flat bedrock 3 feet deep. The MURA group did much of the preliminary design for the large accelerator later built at the Fermi National Accelerator Laboratory and built the Hydrogen Bubble Chamber, which was installed and used at the ZGS accelerator at the Argonne National Laboratory and later moved to Fermi.

“Without PSL, I would be a lonely theorist writing papers.”

On July 1, 1967, the MURA Laboratory officially became PSL. The charter creating the lab stated: “The Physical Sciences Laboratory will provide a higher level of technical support than is normally available in University Departments. Scientific, engineering, computing, technological, and administrative support are integrated into the research activities to facilitate the accomplishment of research goals.”

To this day, PSL has met the expectations set in the charter by designing equipment around experiments, instead of having to design experiments around the available equipment, making it truly unique in a university setting.

Halzen notes that there are only four universities left that have the capabilities that PSL has where one can build large detectors: Cornell, the University of Chicago, Columbia and UW–Madison. 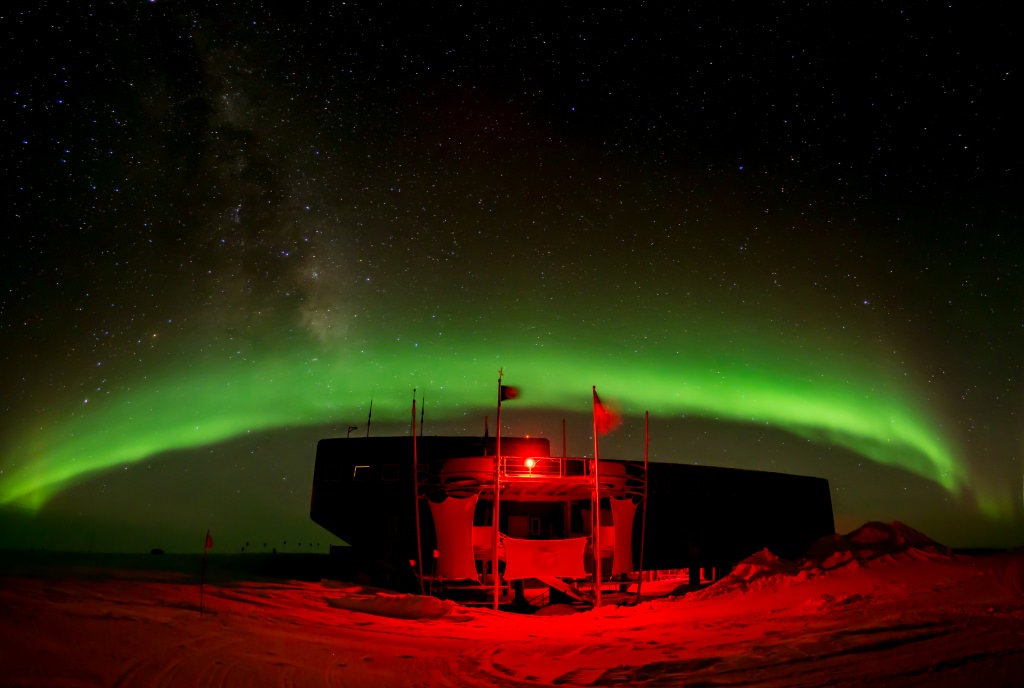 IceCube, the first detector of its kind, is designed to observe the cosmos from deep within the South Pole ice. PSL was the main design, construction, testing and staging facility for the project from the start, with many lab employees traveling to the South Pole. Photo: Stephan Richter, IceCube/NSF

The real contribution from people at UW–Madison’s Space Science and Engineering Center and PSL was to build the hot water drill needed for IceCube, Halzen says.

“We had no idea when the project started that you couldn’t just buy a drill like that,” Halzen recalls. “IceCube has been a success thanks to the talent of the people around here. PSL is the place where strings grow on trees and then they magically disappear in the ice at the South Pole.” 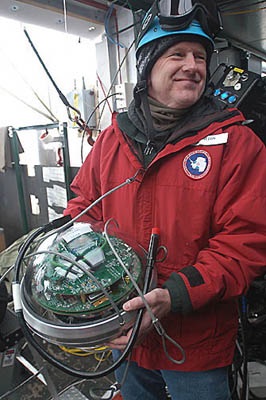 PSL director Bob Paulos says there are plans to expand IceCube — a next generation IceCube project — and he hopes PSL will be a part of it. In the meantime, he says PSL staff are working on some interesting projects, including building drill hardware needed for a large-scale radio detector (the Askaryan Radio Array) to be deployed at the South Pole this season.

PSL is integral in an international collaboration called the Deep Underground Neutrino Experiment, which celebrated its groundbreaking in July. DUNE will eventually send particles 800 miles through the Earth from a lab outside Chicago to a mile-deep detector in an inactive gold mine in the Black Hills of South Dakota. PSL is helping build a prototype detector for DUNE at CERN.

PSL is also integral in the LZ Project, a high-energy dark matter physics experiment that will be conducted in an abandoned gold mine in South Dakota.

PSL staff is working on a UW2020-funded project with the UW–Madison Center for Limnology to build a device to sample lake water very rapidly. Instead of having a stationary buoy, a researcher will use a device mounted to a boat to generate detailed, spatially explicit, real-time observations of surface lake water quality in just a couple hours, thereby increasing the amount of data that can be collected and shared with aquatic researchers at the UW and beyond.

Tweeting out after a recent visit to the lab, UW–Madison Chancellor Rebecca Blank wrote, “Loved visiting UW’s Physical Sciences Lab in Stoughton today. From @uw_icecube to small tools, it’s amazing to see what our engineers create.”