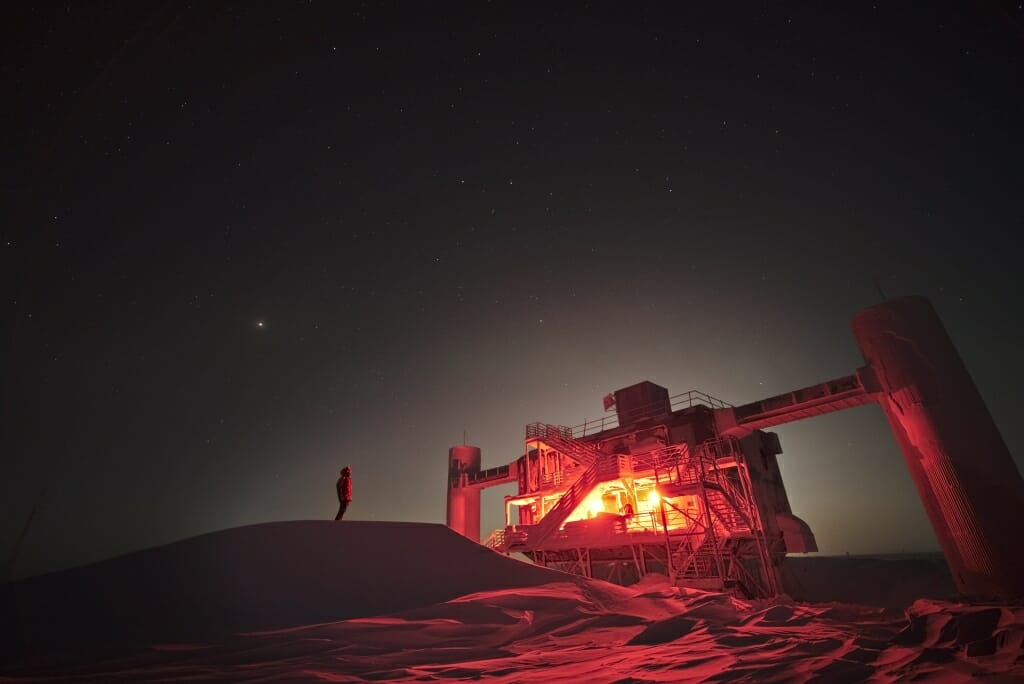 The IceCube Neutrino Observatory is located at NSF’s Amundsen-Scott South Pole Station. Management and operation of the observatory is through the Wisconsin IceCube Particle Astrophysics Center at UW–Madison. Raffaela Busse, IceCube / NSF

IceCube, the Antarctic neutrino detector that in July of 2018 helped unravel one of the oldest riddles in physics and astronomy — the origin of high-energy neutrinos and cosmic rays — is getting an upgrade.

This month, the National Science Foundation (NSF) approved $23 million in funding to expand the detector and its scientific capabilities. Seven new strings of optical modules will be added to the 86 existing strings, adding more than 700 new, enhanced optical modules to the 5,160 sensors already embedded in the ice beneath the geographic South Pole. 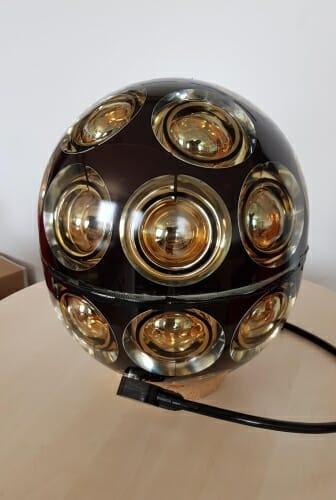 A prototype of one of the IceCube Upgrade project’s new sensor module designs, called the mDOM, which has multiple photomultiplier tubes arranged for uniform sensitivity. DESY, IceCube Collaboration

The upgrade, to be installed during the 2022–23 polar season, will receive additional support from international partners in Japan and Germany as well as from Michigan State University and the University of Wisconsin–Madison. Total new investment in the detector will be about $37 million.

“Neutrinos are the last unexplored corner of the Standard Model of physics,” explains Kael Hanson, director of the Wisconsin IceCube Particle Astrophysics Center, referencing the best available scientific model to explain the behavior of subatomic particles. “Neutrinos have properties the Standard Model can’t account for.”

The principal goal of the upgrade, explains Hanson, a UW–Madison professor of physics, is to expand the cubic-kilometer detector in a way that permits more precise studies of the oscillation properties of neutrinos, which as they interact with other particles and transit space can change or oscillate from one type of neutrino to another. 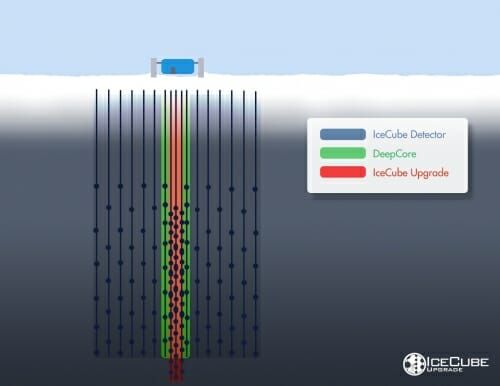 With the IceCube Upgrade, seven strings with over 700 new and enhanced optical modules will be added to the existing array. IceCube Collaboration

A second goal is to better characterize the ice around IceCube sensors and thereby obtain better performance with the existing detector, thus yielding more definitive reconstructions of high-energy neutrinos. In addition, a better understanding of the ice that surrounds the neutrino detector will help bring the neutrino sky into crisper focus, providing opportunities to discover additional sources of high-energy neutrinos and improving scientists’ ability to gather more insight into those sources. 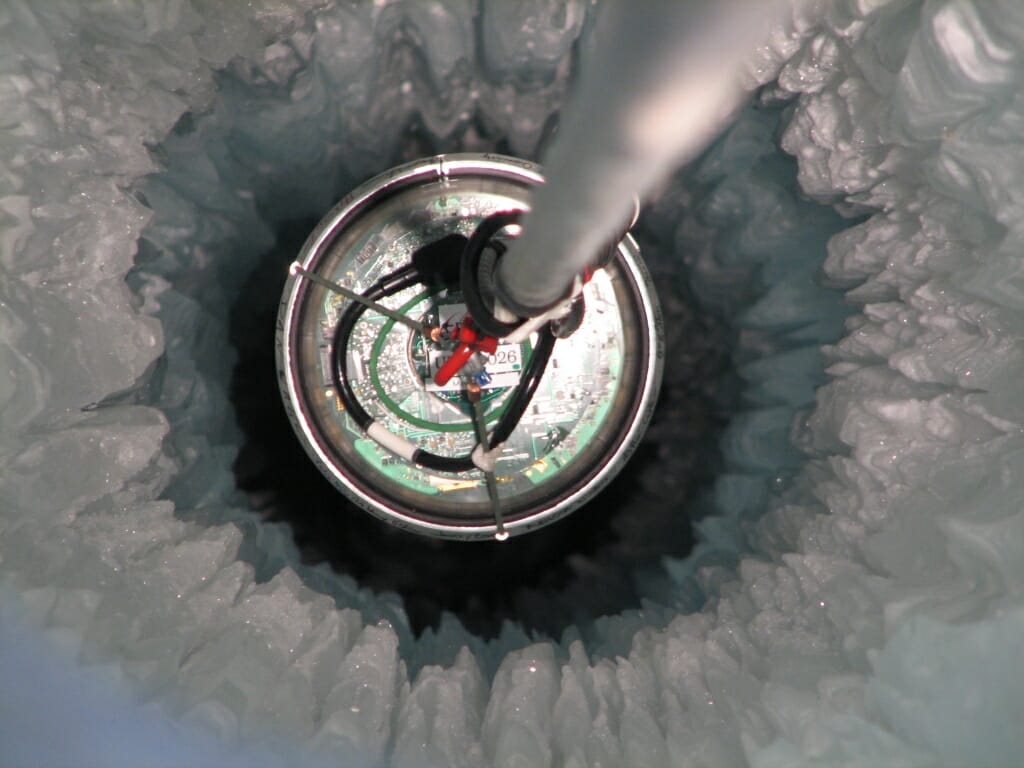 More than 5,000 sensors on 86 strings are already embedded in the ice beneath the geographic South Pole. IceCube / NSF

The new strings will be deployed below the center of the existing detector, a mile deep in the Antarctic ice. The deep ice in and around the detector is known to be some of the world’s clearest, which makes it a nearly ideal medium in which to study the properties of neutrinos, sometimes called “ghost particles” for their ability to breeze through planets and entire galaxies without missing a beat. When neutrinos interact with other particles in or near the detector, they transform into secondary particles such as muons, which give off light that can be sensed by the detector to trace the trajectories of the parent neutrino. 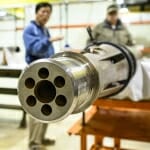 IceCube drill at the PSL

Related: The UW–Madison lab that built the novel drill used to bore mile-deep holes in the Antarctic ice — the Physical Sciences Laboratory (PSL) in Stoughton — will once again lead drilling operations. PSL was responsible for designing, building and deploying the drilling equipment that made the original IceCube detector possible.

Not only are there different kinds of neutrinos, but their energy levels vary by orders of magnitude. The very high-energy neutrino that was captured by IceCube in September 2017 was critical for resolving where cosmic neutrinos — those created in accelerators like massive black holes — come from. But other low-energy neutrinos such as those created when subatomic particles collide in Earth’s atmosphere likely hold clues to how the particles change from one kind to another, says Hanson, and the IceCube Upgrade is intended to capture that kind of physics.

Scientists know there are at least three kinds of neutrinos: tau, muon and electron. They can change from one to another and the changes have known patterns linked to the energy of the neutrinos, their masses, and how far they have traveled in space.

A “sweet spot” for observing neutrino oscillations, according to Hanson, is when muon neutrinos are created in the atmosphere by a cosmic ray interaction with the nucleus of an atom. As the muon neutrino travels through the Earth, it can oscillate into a tau neutrino.

“We can use neutrinos from the atmosphere,” he says. “They are almost perfect for understanding these changes. They change from one type of particle to another, but we don’t know enough about this morphing.” 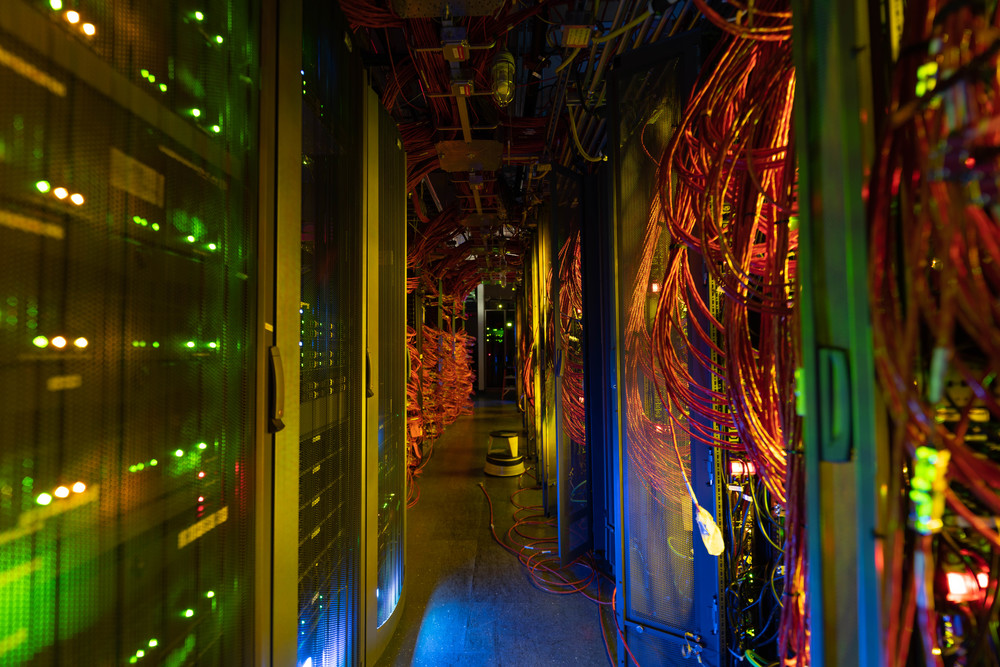 Understanding how neutrinos change from one to another will help refine the Standard Model, or show scientists why the model, which over time has withstood many experimental and observational tests, may need to be revised to account for new physics.

The planned additional IceCube arrays will have two different types of new sensor modules, which will be tested as candidates for an even larger future upgrade of IceCube known as IceCube-Gen2. “The modules to be deployed in the new upgrade will be two to three times more sensitive than the sensors that now make up the detector,” notes Hanson.

The IceCube Neutrino Observatory is located at NSF’s Amundsen-Scott South Pole Station. Management and operation of the observatory is through the Wisconsin IceCube Particle Astrophysics Center at UW–Madison.