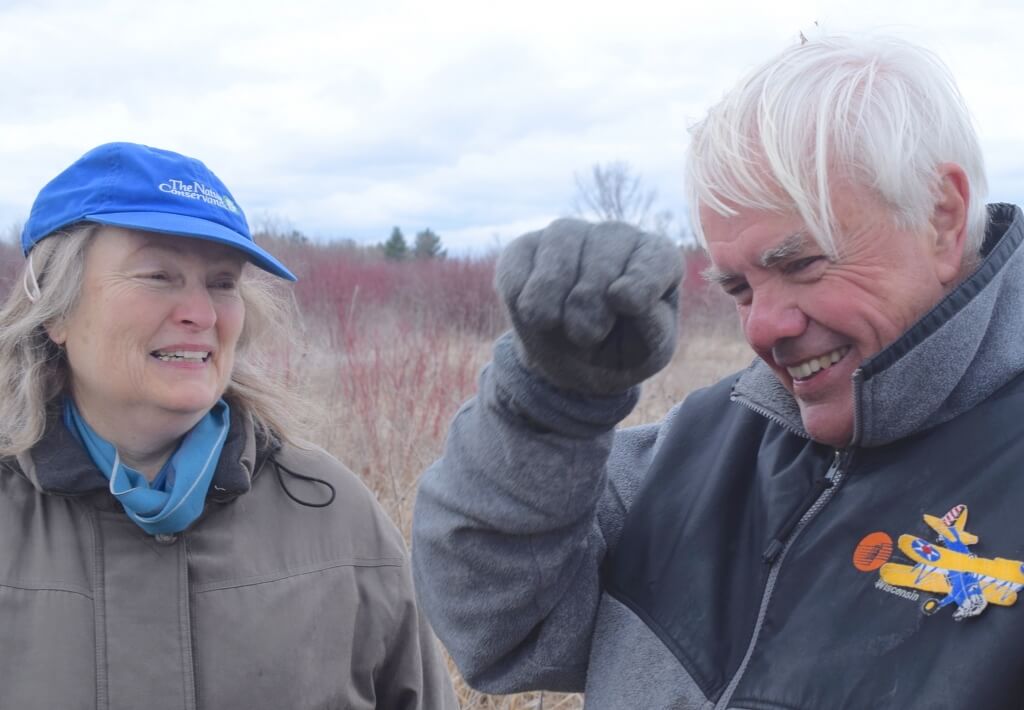 It’s suitable that a talk with two of Wisconsin’s most prominent wetland biologists should occur in a wetland located just south of Madison. On a raised path through Waubesa Wetland, Joy Zedler, who will receive the Town of Dunn’s Stewardship Award on April 30, is talking along with Cal DeWitt, who won the inaugural award in 1991.

DeWitt, an emeritus professor at UW–Madison’s Nelson Institute, spent decades studying and advocating for a wetland that is literally in his own backyard. Zedler, a UW–Madison professor of botany who lives nearby, has performed extensive wetland research in the UW Arboretum.

As we walk, the conversation stretches back 10,000 years, to the time when this area was a bay of nearby Lake Waubesa. The talk lurches forward to the 1970s, when DeWitt and his wife, Ruth, bought their house overlooking the marsh, and the new professor shifted focus from desert ecology to wetlands.

The appointment “was specifically to address the fragmentation of disciplines,” DeWitt says. “I selected wetlands as an area that would bring together the greatest number of disciplines: biological science, social science and land stewardship.” 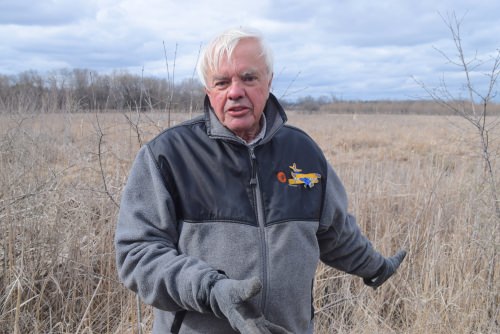 Cal DeWitt, emeritus professor at UW–Madison’s Nelson Institute, has been studying the Waubesa Wetland since he moved into a house bordering it in 1972. “If you think you know all there is to know about a wetland, you’re mistaken,” he says. David Tenenbaum

DeWitt used the backyard wetland as a natural laboratory for a course called Field Investigations in Wetland Ecology, which he taught for about 30 years. At each final session, he invited neighbors to hear what his students had learned.

The result was unexpected, but welcome, DeWitt says. “This mobilized my neighbors to delight in these wetlands and what we were discovering, and they began to propose donations of land and money.”

The enthusiasm eventually spread across the Town of Dunn, located a few miles south of the Beltline Highway in Dane County. As the “land ethic” of which Aldo Leopold had written so eloquently took hold, “the whole town of 4,000 fell in love with what we had, and they decided they had to protect it,” DeWitt says.

In 1967, the town adopted a voluntary, tax-funded purchase of development rights that resulted in a unique conservation easement to protect the significant features of the property, which benefits both sides, DeWitt says. “People saw how preserving agricultural and natural land could give a joyful, fruitful life. It did not make news, but we voted to raise our own taxes to support the purchase of development rights program. The vote was unanimous.” 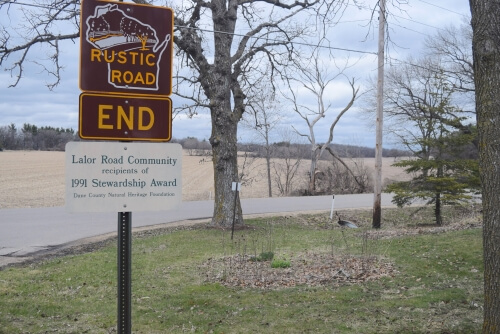 One of many awards for the Town of Dunn appears up the road from Cal DeWitt’s place on the edge of Waubesa Wetland. David Tenenbaum

The residents of Dunn were punching above their weight, as they say in boxing. Urged on by longtime town Chair Ed Minihan, in 1995 and again in 2000, Dunn received a national “Renew America” award from the Awards Council for Environmental Sustainability.

As cranes continue their unmistakable bugling in the background, Zedler, the Aldo Leopold Chair of Restoration Ecology at UW–Madison, stresses that wetlands have an outsized value for flood control and water purification. “Acre for acre, the environmental benefits — what we sometimes call ecosystem services — are extraordinarily important for human society and nature alike.”

But, Zedler adds, wetlands cannot be fully protected by a line on a map. “Cal created all this wisdom about how the system works from a historical perspective, and my research takes off from there.”

Water, flowing more underground than above, is the heart of a wetland. But as Dane County grows, so does the impact of housing developments, Zedler says. Runoff from houses and farms contains phosphorus and nitrogen that over-fertilizes invasive plants and algal blooms. It’s very similar to lakes, says Zedler. “The science is showing a chain of impacts, a cause-effect relationship.” 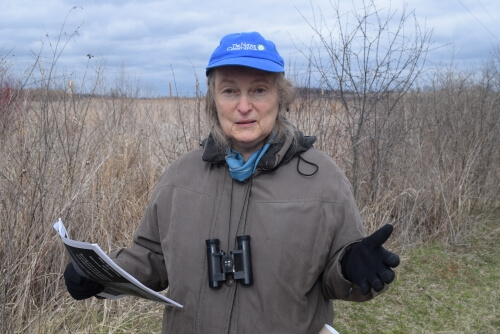 Joy Zedler, Aldo Leopold Chair of Restoration Ecology at UW–Madison, receives the Town of Dunn stewardship award this year for research in wetlands, and advocacy for wetland preservation. “I can’t talk without a map,” she says. David Tenenbaum

With his gregarious personality, DeWitt is hard to ignore, and harder to dislike. His long advocacy of wetland conservation, he says, is “not agitation, it’s advocating from the standpoint of joy. I’m very joyful about the beauty of the world. I’m very distressed when people don’t see that beauty, but I am much more distressed to see people willing to destroy green stuff in nature in order to get green stuff in their pocketbooks.”

Still, big changes have come from this humble marsh. “It doesn’t stop here in the Town of Dunn,” says Zedler, noting that her first doctoral student here, Roberto Lindig-Cisneros, who did research with Zedler on Arboretum wetlands, is a professor in Morelia, Mexico, and has just written a text on restoration ecology, “maybe the first in the world in Spanish,” Zedler says proudly.

Turning, she tells DeWitt, “Everything you started here, and you taught us, it keeps on going.” By now, DeWitt says, he’s taught about 120 professional wetland scientists working all over the world.

As we leave the wetland behind, a walk in the marsh that began with a discussion of frog calls returns to the unseen water flowing beneath our feet. “There is this refusal to think beyond the surface,” says DeWitt. “When I first walked down here, it was green and wet — and therefore, I called it a wetland. Now I see this as the skin of a great creature that is residing in this basin, one that’s absolutely dependent on its circulatory system. It’s like looking at a human being, and saying, ‘Nice skin,’ without wondering about the heart, about the circulatory system.”

How the town opted for wetland preservation

Zedler will receive the Town of Dunn’s Stewardship Award April 30 in a ceremony at the town hall, 4156 County Road B, McFarland, Wisconsin.