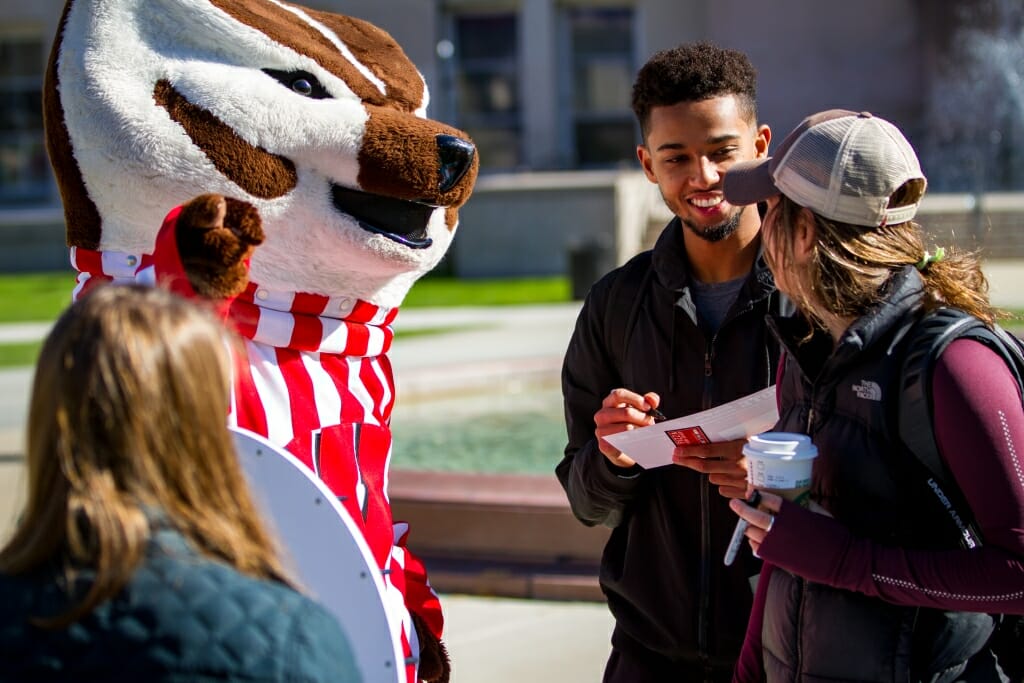 Bucky Badger discusses voting plans with several students during one of last week’s get out the vote events. Photo by Powers Spees

But don’t worry if you’re not one of them: Early voting continues this week through Friday, Nov. 2. Madison residents can early vote at the Student Activity Center from 10 a.m. to 3:30 p.m., Union South from noon-6 p.m., and Memorial Union from noon-6 p.m. All early voting locations will be open to voters from all wards.

Students should be sure to make sure they have proper photo ID to vote, such as a Wisconsin driver’s license, U.S. passport, Tribal ID or free voting-compliant ID. For more information on early voting, registration and preparing for the Nov. 6 Election, visit vote.wisc.edu.

On the Wisconsin ballot in the Nov. 6 election are U.S. senator, congressional representatives,  governor, lieutenant governor, attorney general, secretary of state, state treasurer, state senator (odd-numbered districts) representatives to the Assembly (all districts).  County offices up for election are sheriff, clerk of circuit court and coroner (where applicable).

Students who vote absentee in states other than Wisconsin will also be including in UW–Madison’s count in the Big Ten Voting Challenge.