Apoorva Mandavilli, founding editor of an autism news site and contributor of international science news to many popular outlets, will be the spring 2019 UW–Madison Science Writer in Residence.

Mandavilli will be on campus during the week of April 8. She will spend the week visiting classes, working with students, faculty and staff, and getting reacquainted with the university, which is also her alma mater. 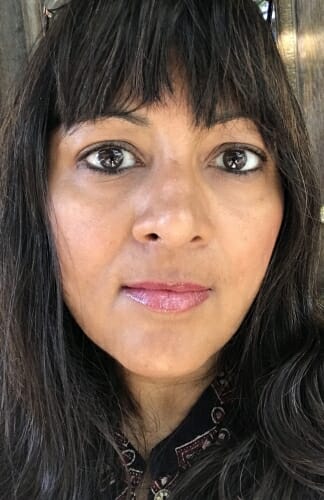 Mandavilli will add the journalist’s perspective to a panel discussion on vaccine refusal and deferral and illnesses like measles — once checked by vaccination but now spreading in outbreaks in six states. The event, which is free and open to the public and presented with the Center for Child and Family Well-Being, will also feature pediatrics professor and patient advocate Dipesh Navsaria and public health researcher Malia Jones. The panel convenes Tuesday, April 9, at 5 p.m. in Union South, 1308 W. Dayton St. (Check Today in the Union for room number.)

Partway through a UW–Madison doctoral program, Mandavilli decided she was better suited for journalism. She earned a biochemistry master’s degree in 1998, and became a science writer.

Mandavilli is the founding editor and editor-in-chief of Spectrum, the leading news site on autism science. She is also a frequent contributor to The New York Times and The Atlantic, and most recently wrote for The Times about the second reported case of a cure for HIV. She has won numerous awards for her long-form articles, including one last year for a story about the aftermath of the Bhopal gas tragedy. Before leaving Madison, she hosted WORT’s science issues program, Perpetual Notion Machine.

The UW–Madison Science Writer in Residence Program is now in its third decade. A partnership between the School of Journalism and Mass Communication and University Communications, it seeks to bring journalists of national and international stature to campus. Past science writers in residence include Ed Yong of the Atlantic, Justin Gillis of The New York Times, Ira Flatow of Science Friday, Soren Wheeler of Radiolab, and many others, including several whose work subsequently garnered Pulitzer Prizes — journalism’s most distinguished award.

The program was established in 1986 through the support of the Brittingham Trust. It continues with support from the University of Wisconsin Foundation.