Telling the tale of midlife in the United States

There are no shortcuts. To get to old age, one has to steer through midlife.

Sometimes that path is filled with joys of family, friendships, good health and career success. Other times, there is hardship, illness or loss, and the journey becomes more about how to survive in a complex world and being resilient — able to bounce back from stressful experiences quickly and effectively.

Yet with either path, common themes are emerging as important stepping stones to well-being. 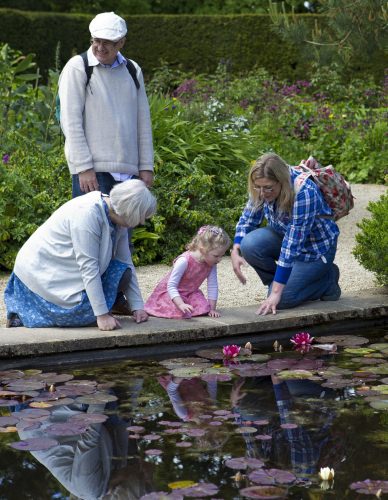 MIDUS is a national longitudinal study on aging explicitly focused on midlife, including transitions from young adulthood to midlife, and from midlife into old age. Photo: Pixabay

In fact, it’s one of the most important developments in health research in recent years — proof that well-being matters — and it’s one of many findings emerging from the Midlife Development in the U.S. study, also known as MIDUS.

MIDUS is a national longitudinal study on aging explicitly focused on midlife, including transitions from young adulthood to midlife, and from midlife into old age.

While there is a significant body of research that focuses on early childhood and “the twilight years,” what was missing prior to MIDUS was a thorough, in-depth study of what happens to people during midlife, the longest segment of the life course. Midlife is a period of increased responsibility for family and work, making the health or well-being of middle-aged men and women of critical importance to society as a whole.

“That part of the life cycle had not been explored before,” explains Carol Ryff, a University of Wisconsin–Madison psychology professor, director of the Institute on Aging, and MIDUS principal investigator.

Last summer, the project was approved for a new round of National Institute on Aging funding through the National Institutes of Health. The grant totaling $30,683,087 will support the next round of data collection — including parts orchestrated by the University of Wisconsin Survey Center — from a sample that has grown to 12,000 Americans ranging in age from the late 20s to middle 90s. Funding for the initial study in 1995 was provided by the John D. and Catherine T. MacArthur Foundation. Since then UW–Madison has been awarded nearly $90 million from the NIA to support continuing research in MIDUS. The study itself now has a 20-plus year life span.

Alongside detailed medical histories, MIDUS in that time has gathered detailed data about the stresses and rewards of balancing work and home life, building and maintaining relationships, and the challenges of raising children with developmental disorders.

“What we usually study in health research is illness, disease and disability,” Ryff says. “Those need to be studied. But people have strengths, and psychological and social resources, that make them resilient and that keep them healthy despite difficult life situations that often accompany economic inequality, unexpected stresses or the challenges of aging.” 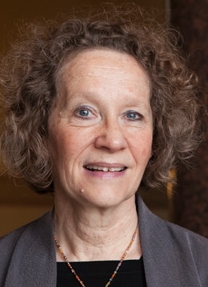 The goal is to better understand unfolding profiles of health as an integrative process that takes into account relationships among factors that are all known to matter — namely, behavioral, biological, psychological and social factors.

Many who have participated in the study were never before asked about the details of their lives, sometimes stirring up tough memories of job or personal loss, episodes of discrimination, battling illness, or struggles with loneliness and spirituality. They were asked what gives their life purpose, if they are satisfied with their lives, and what is worthwhile to them.

The answers, while sometimes hard to hear, have been revealing and led to a robust data set that has attracted widespread interest from the scientific community and a growing body of published findings about ways to improve the lives of Americans and inform healthy aging. In fact, MIDUS is the most frequently downloaded data set from the National Archive of Computerized Data on Aging.

The MIDUS study has attracted more than 35,000 unique users from the worldwide scientific community and has generated more than 800 publications appearing in more than 200 scientific journals. It has even included a national twin study to allow for the study of genetic influences, and a sub-study focused on African-Americans from Milwaukee to provide scientific windows into race and health.

“What makes MIDUS a transformational study in health in America is that we have rich assessments of psychological and social factors that are typically studied in small samples, not in the larger population,” Ryff says. “These have been combined with comprehensive biomedical and neuroscience assessments obtained in clinical and laboratory settings. The full scope of the data collected is unprecedented.”

While there is a significant body of research that focuses on early childhood and ‘the twilight years,’ what was missing prior to MIDUS was a thorough, in-depth study of what happens to people during midlife.

“We ask questions that get into the texture of people’s lives,” Ryff says. “But the important part is that we combine these subjective reports with objective data from the hard sciences. True understanding of health must encompass both. MIDUS is putting these pieces together to understand pathways to good or poor health as people journey from midlife into old age.”

One series of questions addressed alcohol, tobacco and illegal drug use, and focused on history of use, regularity of use, attempts to quit, and how the use of those substances affected respondents’ physical and mental well-being. MIDUS also has brought new insights to the public health crisis of obesity, new perspectives on the importance of early ties to parents, the importance of personality traits, and possible early signs of dementia.

Another set of questions addressed respondents’ sense of control over their health, their awareness of changes in their medical conditions, commitment to regular exercise and a healthy diet, experience with menopause, the decision-making process used to deal with health concerns, experiences with nontraditional remedies or therapies, and history of attending support groups.

Yet another phase of the study investigated how the protracted economic recession is affecting the lives of American adults via changes in employment status, loss of savings and homes, worries about paying bills, and changes in health insurance. It then looked at how those experiences are linked to family life, emotional health, and biological risk factors.

The next round of the study will collect a new wave of data in multiple areas — including longitudinal assessments of biomarkers, neuroscience and daily stress — as well as a new focus on gene expression linked to both inflammatory markers and psychosocial factors.

“This capturing of the whole organism in the context of long-term change that occurs over decades as well as via the minutiae of day-to-day life is a unique strength of MIDUS. Empirically, we are collecting data on just about everything,” Ryff says. “What the many scientific users then do is put these pieces together in ways that often point to potentially promising intervention strategies, targets for change people can make to alter their lives.”

One of the most compelling questions in the study for Ryff is what gives one’s life meaning, from friends and family, to volunteering or spirituality.

“People who feel their lives have purpose show widespread health benefits — they have reduced risk for cognitive impairment and Alzheimer’s disease, reduced risk for cardiovascular disease, better recovery profiles from stroke, better biomarker profiles, and relatedly, they live longer,” she says. “There are wonderful things that come from having core psychological strengths and resources.”