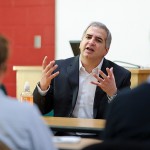 Millions of people around the world use Facebook, which was first launched on Feb. 4, 2004. The University of Wisconsin–Madison has experts who can discuss the popular social networking site, how people use it and how it has affected the way we communicate. They include: 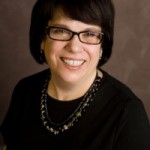 Once upon a time in America if you wanted to get away with murder, poison was the way to go. 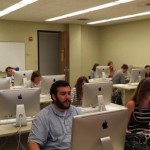 Curb magazine celebrates the legacy, culture and community of Wisconsin

A barren prairie changed by war but filled with memories, a dairy-waste plant powering more than 3,000 homes and the celebration of Native American storytelling through technology are among the stories told in this year's Curb magazine. 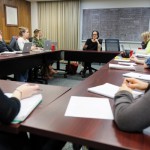 A group of inquisitive UW–Madison journalism students got an inside look at the process of writing this year’s Go Big Read selection Tuesday as they interviewed author Ruth Ozeki about her book, “A Tale For the Time Being.” 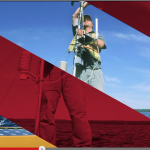 Competition for airtime and brand recognition can be just as intense for institutions of higher education as it is for major national and international brands. The advertising space provided to each Big Ten school provides the kind of media placement that most universities could never afford on their own.

As the public's faith in government and traditional political institutions crumbles, younger generations are taking cues from fictional wizards and TV vampires to take action on behalf of issues or causes they believe in. 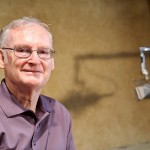 All things considered, UW’s Mitchell is a public radio giant

For Jack Mitchell, there was always radio. During his childhood in Detroit, the future journalism and mass communication professor and first employee of National Public Radio listened to radio greats like Edward R. Murrow. As he finished his master’s degree at the University of Michigan in 1965, however, radio was facing a serious decline. But in 1967 Congress passed “The Public Television Act,” which Mitchell says slipped in the words “and radio.” 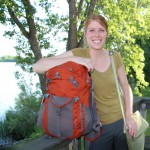 Journalism grad Luhmann embarks on trip of a lifetime

Below is a letter from Interim Chancellor David Ward delivered to Wisconsin legislative leadership on Friday, June 14. 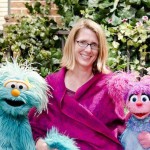 For the past two years, psychologist Julie Poehlmann’s worked as an advisor for “Sesame Street” on developing materials that will help children with incarcerated parents and the people who are taking care of them.

In an early-morning action, the Joint Finance Committee of the Wisconsin Legislature voted to adopt a motion that would separate the Wisconsin Center for Investigative Journalism from its collaboration with the students and staff of the University of Wisconsin–Madison School of Journalism and Mass Communication.

Michele Hilmes, professor and chair of the Department of Communication Arts, has received a Fulbright Award to enable her to conduct research into "transnational" British and American broadcasting at the University of Nottingham in the United Kingdom for six months in 2013-14.

Watching and discussing television — its production, social impact and sense of place — has given Myles McNutt a unique perspective on the American experience. Through social media, McNutt, now a University of Wisconsin–Madison doctoral candidate, has found the perfect intersection between research and real life.

The TV show “The Apprentice” comes to mind when students in Deb Pierce’s capstone journalism course describe their semester. Twenty-five seniors in the University of Wisconsin–Madison’s School of Journalism and Mass Communication had signed up to apply everything they’d learned, over four years of classes and internships, to an actual client.

When the "Jeopardy!" College Championship was filmed at the University of Wisconsin–Madison in April 2008, Julia Sprangers sat in the Kohl Center audience to watch then-senior Suchita Shah compete.

Growing up in Australia, Marie-Louise Mares didn’t have a television. Even then, she still got the occasional glimpse of “Sesame Street.”