In the coming decades, David Beebe expects the public to become more and more aware of the links between chronic inflammation and a whole host of ailments.

“It’s likely implicated in almost every disease,” says Beebe, the John D. MacArthur Professor and Claude Bernard Professor of biomedical engineering at the University of Wisconsin–Madison, rattling off a list of illnesses that includes cancer, cardiovascular conditions and autoimmune diseases. “But it’s been really difficult to study and we don’t know a lot about it.”

Beebe and longtime collaborator Anna Huttenlocher, a professor of medical microbiology and immunology and pediatrics at UW–Madison, are out to change that by studying inflammation on a fundamental level. 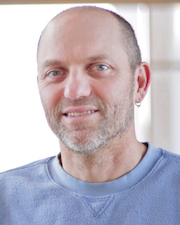 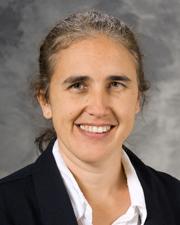 They’ll use a recently awarded five-year, $3.7 million grant from the National Institutes of Health to examine the onset and resolution of inflammation — work that could point the way to new targeted drug therapies. The grant is funded by the National Institute of Allergy and Infectious Diseases.

The researchers will analyze the movement, behavior and communication of neutrophils, the most common type of white blood cell in our bodies, using models of microfluidics — the movement of liquids through tiny spaces, an area in which Beebe is a national leader. Neutrophils are part of the innate immune system, the portion of our body’s overall defense scheme that responds immediately and uniformly to threats. However, continual neutrophil inflammation can damage tissue and play a role in the chronic inflammation associated with a variety of diseases.

“If we understand this process, then we can say, ‘Well, if we can tweak this part of the process, we could potentially stop inflammation,’” says Beebe, who notes that the innate immune system has been understudied compared to the adaptive immune system, which crafts cells specifically tailored to each type of invader.

The new work has roots in Huttenlocher’s observation in a zebrafish in which neutrophils moved from a blood vessel to a wound before returning to the vessel. Photo: goodfreephotos.com

The new work has roots in a 2006 discovery in Huttenlocher’s lab: an observation in a zebrafish in which neutrophils moved from a blood vessel to a wound before returning to the vessel — the first such demonstration of so-called “reverse migration.” Previous thinking held that neutrophils responded to a problem and then either died or were consumed by macrophages, another kind of white blood cell.

“Now we know this is a real phenomenon, but we don’t know much about the detailed biology of why neutrophils will return to the blood vessel,” says Beebe, who along with Huttenlocher is a University of Wisconsin Carbone Cancer Center researcher. “This grant is all about developing a model on a benchtop, so that we can study that biology and actually replicate that phenomenon. And then by doing that in our little microsystem, we can watch it under a microscope, we can genetically modify things, we can understand exactly what is causing it.”

The two researchers will also attempt to model an occurrence of vasculitis, a chronic inflammation of blood vessels caused by a specific gene mutation in a subset of Huttenlocher’s clinical patients. By using induced pluripotent stem cells and the gene editing tool CRISPR to replicate the gene mutation, they hope to provide an early glimpse at an approach that could allow researchers to create models tailored to particular groups of patients. Such models could inform therapeutic decisions.

By better understanding the process behind inflammation, Beebe says, the researchers will be able to identify pathways to potentially target with drugs.

“This is a very basic biology grant, but it really does have direct implications potentially to a lot of different diseases,” he says.