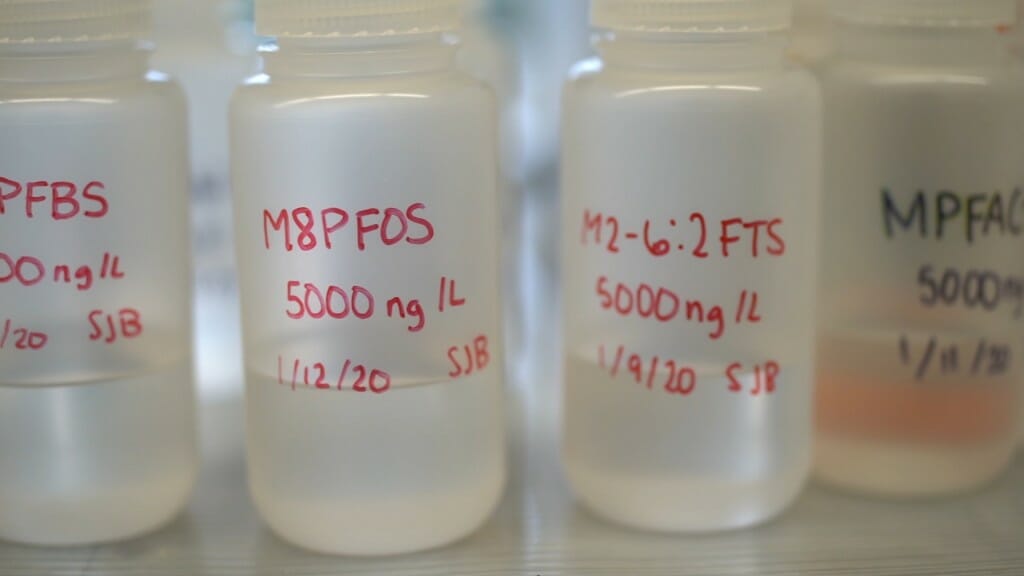 Water samples from the tributaries of Lake Michigan’s Green Bay. PFAS, per- and polyfluoroalkyl substances, are a category of chemicals frequently found in firefighting foams, Teflon and many other common products. These contain PFAS and were collected from tributaries.

The world’s largest source of fresh water, the Great Lakes, provides drinking water to more than 40 million people in the U.S. and Canada. In the first study of its kind, researchers at the University of Wisconsin–Madison have demonstrated that tributary rivers feeding Lake Michigan play an important role in bringing the human-made group of chemicals known as per- and polyfluoroalkyl substances, or PFAS, to the Great Lakes system.

Christy Remucal, UW–Madison professor of civil and environmental engineering, and co-author Sarah Balgooyen, a postdoctoral researcher, quantified 10 PFAS chemicals known as perfluoroalkyl acids, or PFAAs, in the water and sediment of 41 tributaries to Green Bay of Lake Michigan. They published their findings recently in the ACS ES&T Water Journal). 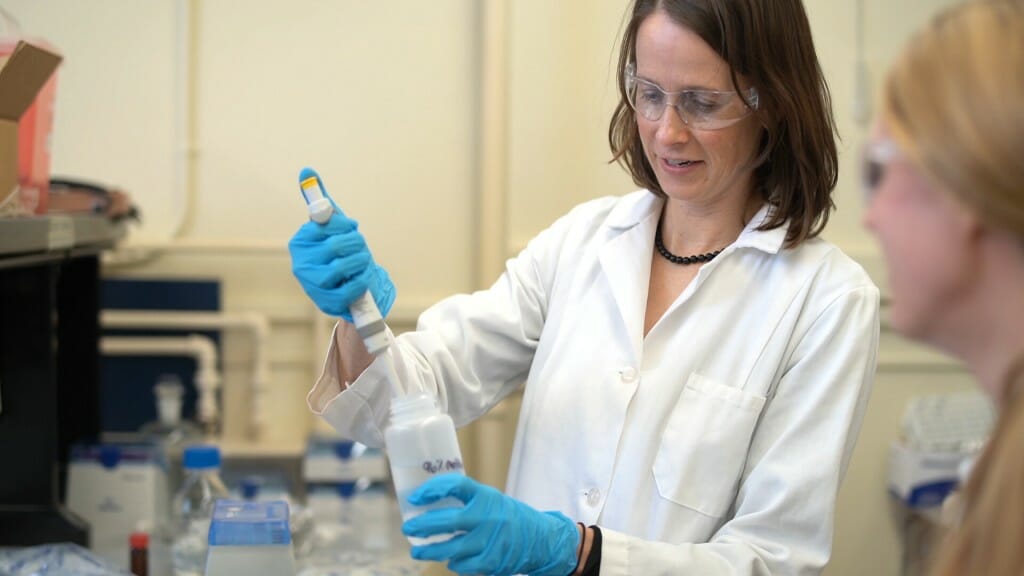 Civil and Environmental Engineering professor Christy Remucal found that Lake Michigan tributary water bodies and their sediment can be sources of chemicals known as PFAS, called “forever chemicals” because they do not readily break down in the environment. PFAS has been linked to cancer and other human illnesses. Photo by Bonnie Willison

“Tributary PFAS loading to the Great Lakes is poorly understood,” says Remucal, whose work was supported by the Wisconsin Sea Grant College Program. “The role of sediments as a PFAS source or sink is also largely unknown. Our study is bringing some much-needed answers to not only the people who live around the bay of Green Bay, but also to all of the Great Lakes communities because it’s an interconnected water system. These findings could also be extrapolated to understand the conditions surrounding thousands of other tributaries that flow into the five lakes.”

PFAAs are found in common household items like cookware, cleaning agents and fabric treated with repellants, as well as in firefighting foams. In the study area, the Fox, Menominee and Peshtigo rivers contribute two-thirds of the total tributary PFAA loading to Green Bay despite their relatively low concentrations and despite the current regulatory focus on sites with high PFAA concentrations. The sources of the chemicals in the study tributaries are likely linked to a firefighting foam manufacturer, other industrial activity, and airports which use firefighting foam on runways. 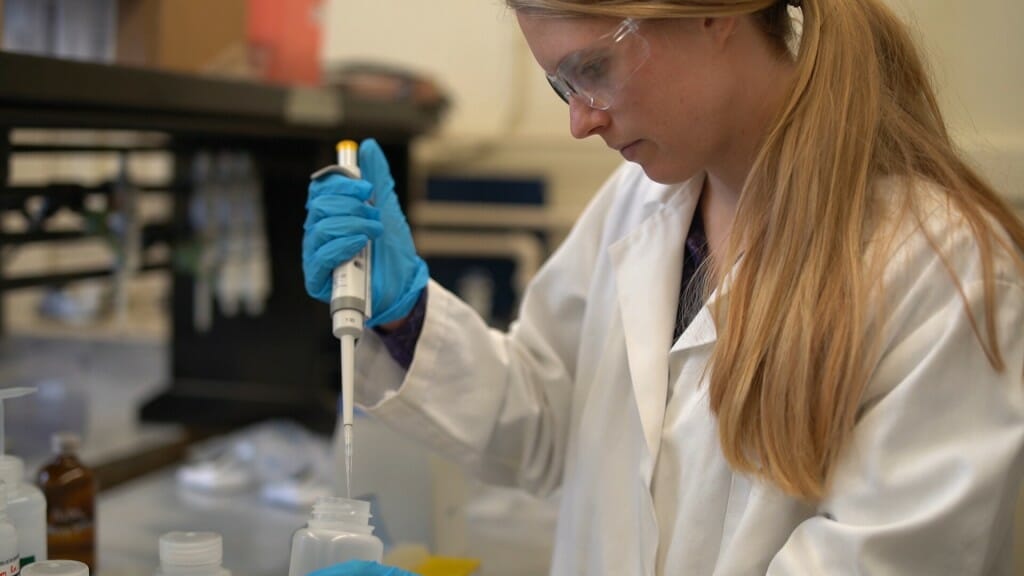 Sarah Balgooyen, a postdoctoral researcher, has been studying sites with extensive groundwater contamination from PFAS since 2019, exploring whether the PFAS was also affecting surface water like rivers and Lake Michigan. Photo by Bonnie Willison

In addition to the tributary discharge, the work showed that tributary sediments can contribute PFAA via a releasing process known as desorption. Contaminated riverbed sediments may act as a PFAA source even if water concentrations are reduced by pollution mitigation.

“Understandably, there is a heightened interest in the levels of PFAS in drinking water. PFAS have been linked to a number of ill human health effects, including cancer,” Balgooyen says. “I’m grateful for the opportunity to share my research. It certainly leads to a clearer understanding and, hopefully, can provide some guidance on contamination cleanup.”

The research will also inform the Wisconsin PFAS Action Council, on which Remucal serves as the University of Wisconsin System representative. She is joined by representatives from 17 state agencies. The group has identified eight PFAS priority themes, including one on sampling and one on research and knowledge.