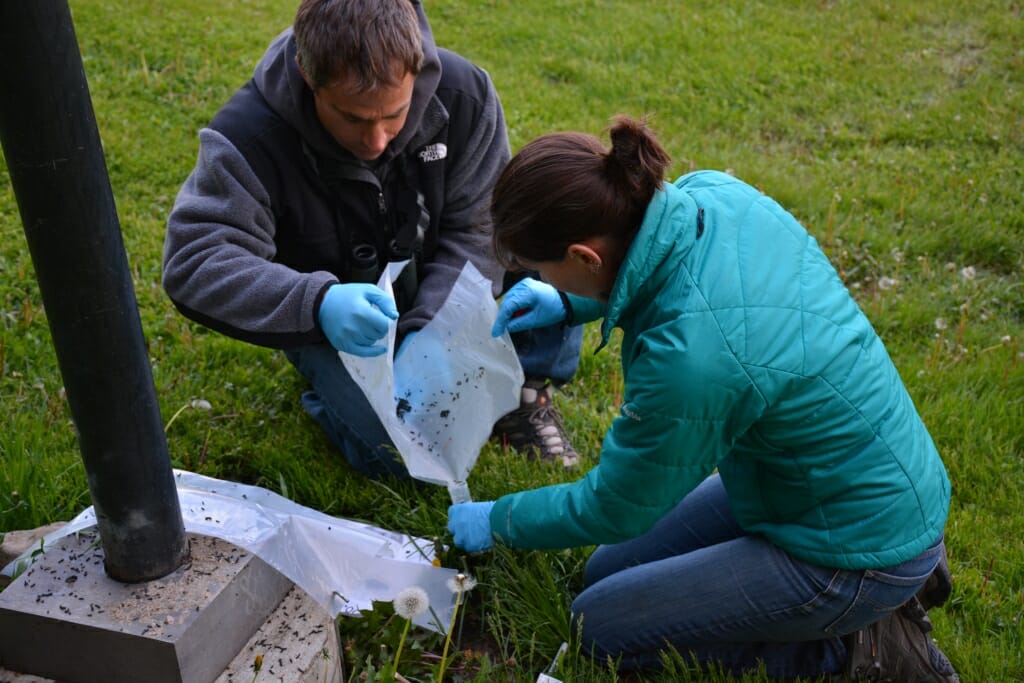 It’s a common assumption: Bats are important because they feast upon those pervasive warm-weather pests known as mosquitoes. You want to see bats flying above, cleaning up the night sky and ridding you of itchy bites and pesky ear-buzzing.

However, the claim that bats can make a dent in the mosquito population (and save your cherished Wisconsin summer) has little evidence to back it. That is, until now.

A team of University of Wisconsin–Madison researchers set out to determine the extent to which mosquitoes are included in the diets of two common species of North American bats found in Wisconsin. Their findings, published recently in the Journal of Mammalogy, suggest that bats may indeed be effective exterminators of the aggravating insects. 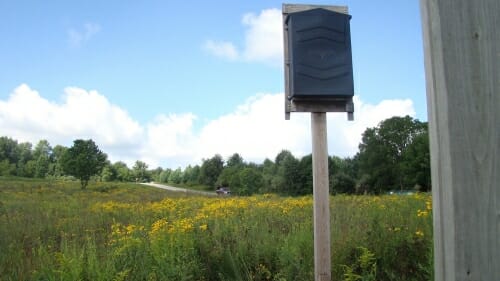 “Our results show that bats eat more types of mosquitoes, and do so more frequently, than studies have shown in the past,” says Amy Wray, a doctoral student in the Department of Forest and Wildlife Ecology and lead author of the study. “While this study doesn’t tell us whether bats actually suppress mosquito populations, it does create a strong case for re-evaluating their potential for mosquito control through additional research.”

The role of bats in suppressing agricultural pests is well documented, but there is far less evidence of their impact on mosquitoes. One commonly referenced study claims that a single bat consumes 10 mosquitoes per minute. But those results came from enclosure experiments that didn’t represent natural conditions, says Wray. 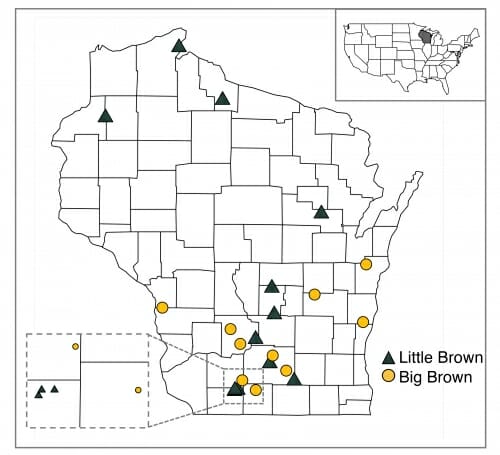 In contrast, the current study gathered its data in the wild. In the summer of 2014, citizen scientists used plastic sheets to collect bat fecal samples, or guano, from areas beneath 12 little brown and 10 big brown bat maternity roosts in agricultural and forested landscapes across Wisconsin. They surveyed bat roosts in northern regions such as Bayfield, Iron and Burnett counties; and from Manitowoc and Sheboygan Counties along Lake Michigan, and across south central Wisconsin to the Mississippi River near LaCrosse.

The research team, which included collaborators at the United States Forest Service and the Wisconsin Department of Natural Resources, then extracted DNA from the samples and screened for the presence of mosquitoes using a newly enhanced sequencing technique designed for analyzing insectivore diets. They detected at least one mosquito in all of the little brown bat sites and 60 percent of the big brown bat sites.

They also found that bats eat many species of mosquitoes in a broad range of ecological conditions. For example, little brown bats ate nine mosquito species known to harbor the West Nile virus, a disease that poses a threat to humans and many bird species. 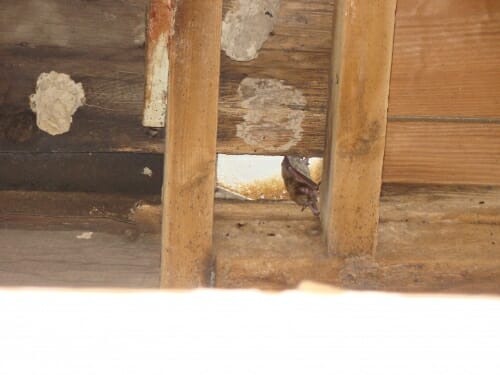 A little brown bat is spotted in a bat house in Silverwood County Park. Photo by Amy Wray

“This study is the first step in revisiting important questions regarding the bat’s role as a mosquito control agent, which could have implications for human health,” says Claudio Gratton, a professor of entomology at UW–Madison and co-author of the study. Gratton serves as Wray’s graduate co-advisor along with Zach Peery, a UW–Madison professor of forest and wildlife ecology.

“Bats continue to decline globally due to habitat loss, wind turbines and, in North America, white-nose syndrome,” says Peery, who is also one of the study’s co-authors. “So it’s critical that their potential role as mosquito control agents, and thus their importance as a target for conservation, be re-examined thoroughly.”

The results of the study lead to more questions about the extent to which bat species actually eat mosquitoes in the wild and how that consumption varies by region, time of year, and mosquito type.

“Mosquitoes only constitute part of a larger diet that includes many other components,” says Wray. “In future studies, we hope to explore the feeding interactions between bats and mosquitoes, particularly for different bat species across different regions.”

The researchers also propose that future studies could develop more advanced techniques to test for the volume of mosquitoes that bats eat and how that contributes to mosquito suppression.

“Bat declines resulting from white nose syndrome and other factors may compromise potential mosquito suppression, but they also provide opportunities to test the hypothesis that bats limit mosquitoes through a natural experiment,” Peery says.

This work was funded by a Hatch grant from the USDA National Institute of Food and Agriculture.