Steven Wright’s ‘The Coyotes of Carthage’ depicts realities of race, money and politics 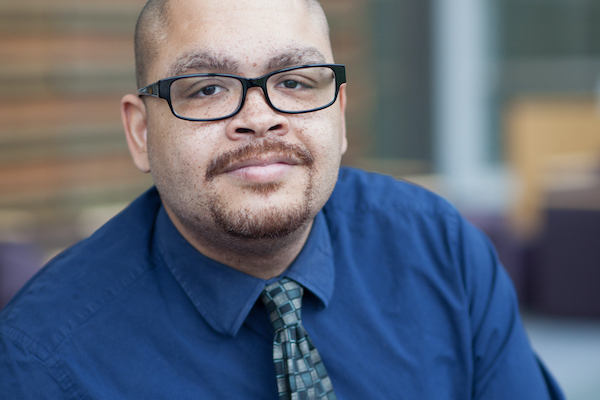 “It’s always such a great honor to teach such smart students, especially at the University of Wisconsin,” Steven Wright says. “They’re smart and they’re hardworking and they really love learning.”

In August, USA Today published “100 Black novelists and fiction writers you should read, from Abi Daré to Zora Neale Hurston.”

Two friends texted the list to Steven Wright, a clinical associate professor at the University of Wisconsin Law School and lecturer in the UW–Madison creative writing program whose debut novel, “The Coyotes of Carthage,” came out in April. When another text arrived congratulating him, Wright was thoroughly confused.

That is until he decided to read the list and saw his name.

“Toni Morrison. Langston Hughes. Alice Walker. Roxane Gay. This wasn’t just a list of great African American writers,” Wright says. “This list recognized national literary treasures, some of our nation’s greatest and most accomplished writers. I stared at the list for at least five minutes in disbelief. So many of these writers shaped my understanding of storytelling and literature. I still can’t believe it.” 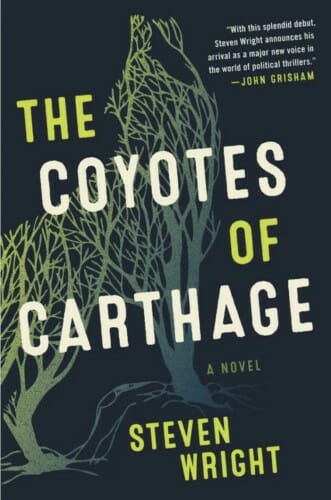 How did it all happen? Well, that’s an interesting story.

Wright always considered himself a writer, even when he became a lawyer. But writing a novel is a lot different than writing motions.

“In legal writing, there are lots of rules. Creative writing? Not so much,” says Wright.

His debut novel combines his love of writing with his legal expertise by going behind the scenes of the often dirty business of politics.

“One of the things my mentors were telling me was, write a novel that’s rooted in your experience,” he says. “Tell the story only you can tell.”

Wright grew up all over the place. Tennessee, California, West Germany, Alaska, Washington, Georgia. His father was an Army doctor so the family moved often.

He received his bachelor’s degree in economics and his master’s in environmental economics from Duke University. He also received a master’s degree from Johns Hopkins University and juris doctorate from Washington University in St. Louis.

From 2007 to 2012, he was a trial attorney in the Voting Section of the United States Department of Justice. Wright litigated cases to enforce the Voting Rights Act, the Civil Rights Acts, National Voter Registration Act, and the Military and Overseas Voter Empowerment Act. He also clerked for the Honorable Lavenski Smith, United States Court of Appeals judge for the Eighth Circuit.

Wright’s story could have remained one as a lawyer but he knew there was another story to tell.

By day, he was working for the Department of Justice in Washington, D.C. By night, he was taking writing classes at Johns Hopkins just a few blocks away. He’d heard great things about the MFA program at UW–Madison and decided to apply.

“I knew I wouldn’t have another opportunity,” Wright says. “It was one of those things that if you don’t do it, you’ll kick yourself for the rest of your life.’”

Wright was accepted into the program. For the first time, he could really focus on writing.

“One of the things they do very well is give you the space to become the writer you can become. You’re never without guidance or encouragement,” he says.

“Having that time to write and think about what you want to write about ends up being a transformative experience,” Wright says. “I really think that’s the magic of the place.”

It helped him take an idea for a book into an actual book, where we meet Dre Ross, an African American outsider who has built a successful career as a political consultant by knowing how to play the game. But now his aggressive tactics have put him on thin ice with his boss, Mrs. Fitz. She exiles him to the backwoods of South Carolina with $250,000 of dark money to introduce a ballot initiative on behalf of a mining venture. Dre arrives in God-fearing, flag-waving Carthage County, with only Mrs. Fitz’s well-meaning yet naïve grandson Brendan as his team.  The goal: to manipulate the locals into voting to sell their pristine public land to the highest bidder.

“I wanted to remind people about the importance of local elections. Local elected officials make so many important decisions — a fact of which I’m reminded by watching the news,” Wright says. “Local elected officials have played a pivotal role of managing our nation’s response to the pandemic, the national protests, the police’s heartbreaking and infuriating use of excessive and deadly force, and the decision to reopen the economy.”

“I have always had a personal fondness in literature and television for the anti-hero. ‘The Sopranos,’ ‘The Wire,’ ‘Breaking Bad.’ We’re really living in the age of the anti-hero,” Wright says. “I’m sure that has also been infused by my experience as a criminal defense lawyer. People do bad things and sometimes you talk to them and your heart still breaks.”

He took special care for the character of Brendan, a well-meaning early 20-something who hasn’t developed Dre’s cynicism. Yet.

“You can be smart and you can be a good person and you can not know much about the destructive nature of money and politics,” Wright says.

The book has earned praise from many, including best-selling novelist (and lawyer) John Grisham, who provided his endorsement on the back cover of the book.

“With this splendid debut, Steven Wright announces his arrival as a major new voice in the world of political thrillers,” Grisham says. “I enjoyed it immensely.”

Having that stamp of approval means a lot, Wright says. “It was so incredibly generous of him to read the book and have a master like him give it the thumbs up.”

The TV rights for the book have already been sold. While Wright was supposed to spend much of the spring traveling to promote his book, COVID-19 quickly changed that. So the book tour went virtual.

“That type of advice from those kinds of masters — I really don’t think the book would’ve come together without them,” Wright says. “What’s really gratifying about this entire process is those people all had faith in me and the book. Part of what I hope is that all of those people can share in the praise.”

While much focus lately has been on nonfiction books about race, USA Today purposefully chose to highlight fiction for its list, which also includes Brandon Taylor, who received his master’s degree from the UW in 2017. Taylor’s debut novel, “Real Life,” follows Wallace, a Black queer student from Alabama adjusting to life in a Midwestern university town, and was one of six finalists for the prestigious Booker Prize.

“Black authors give readers more insight into the Black experience, often by viewing the world through the lens of Black characters,” says the introduction to the list.

A prime example of that in Wright’s book is when Dre sees a billboard displaying an acne-scarred white man who is running for school board.

“One block later, beside a dollar store, a pictureless billboard displays the name ARETHA MERRIWEATHER, her slogan ‘Making schools work for our children.’ At once, Andre draws two conclusions. First, Aretha Merriweather is black. Second, thirteen weeks from now, when the polls close, Aretha will lose in a landslide. She’s wise to withhold her picture. White voters in racially polarized communities will take one look at her skin and immediately support her opponent. If Andre managed her campaign, the billboard would feature a stock photo of a young, white mother, arms wrapped around an adorable blond-haired, blue-eyed boy. But where Aretha Merriweather has erred is in using her real name. Has anyone ever met a white woman named Aretha? Andre taps his thumb to each fingertip, counting the number of Arethas he’s ever known: three in sum, all black, not including Her Majesty, the Queen of Soul.”

In his former role as co-director of the Wisconsin Innocence Project, Wright participated in several exonerations, including those of Daniel Scheidell and Sam Hadaway. A former member of the Wisconsin Judicial Council, Wright served from 2018 to 2019 as the chair of the appellate rules committee, which studies and recommends changes to the Wisconsin Rules of Appellate Procedure.

“Part of what I try to do is share my enthusiasm for writing with law students and help them understand how written work can play an important place in obtaining justice,” Wright says.

Yes, there are rules in writing but Wright’s not afraid to encourage students to bend them or maybe, just maybe, break them.

“It’s always such a great honor to teach such smart students, especially at the University of Wisconsin,” he says. “They’re smart and they’re hardworking and they really love learning.”

While recognition from Grisham and reviews in The Washington Post and Publisher’s Weekly are appreciated, Wright is happy that some of his biggest fans are students. Both current and past have reached out to him, sometimes sending pictures with the book or their own reviews.

“It just sort of warms your heart to have all these young alums out there who are doing amazing things and drop you a note to say, ‘Hey, Steven. I just wanted to let you know I’m reading ‘The Coyotes of Carthage.’ That’s been amazing.”

You can listen to an audio sample of the book here.

To hear an interview with Wright about his book on the UW Law School podcast “Law in Action,” click here.