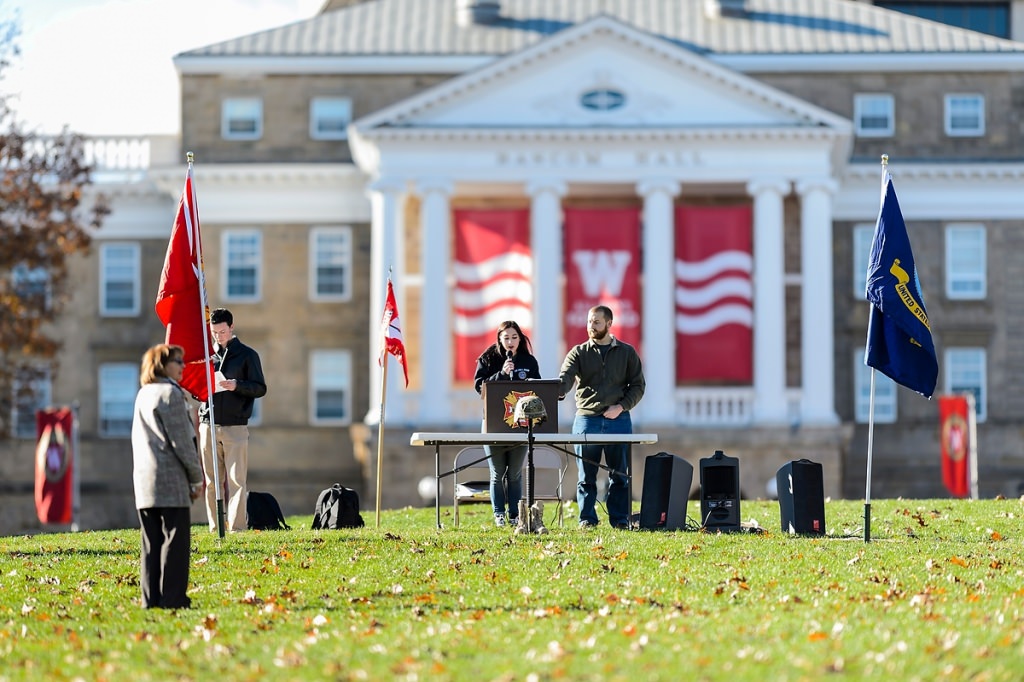 The daylong event was organized by the campus student-veteran organization Veterans, Educators, and Traditional Students (VETS). It concluded at sunset with the playing of "Taps." Photo by: Jeff Miller 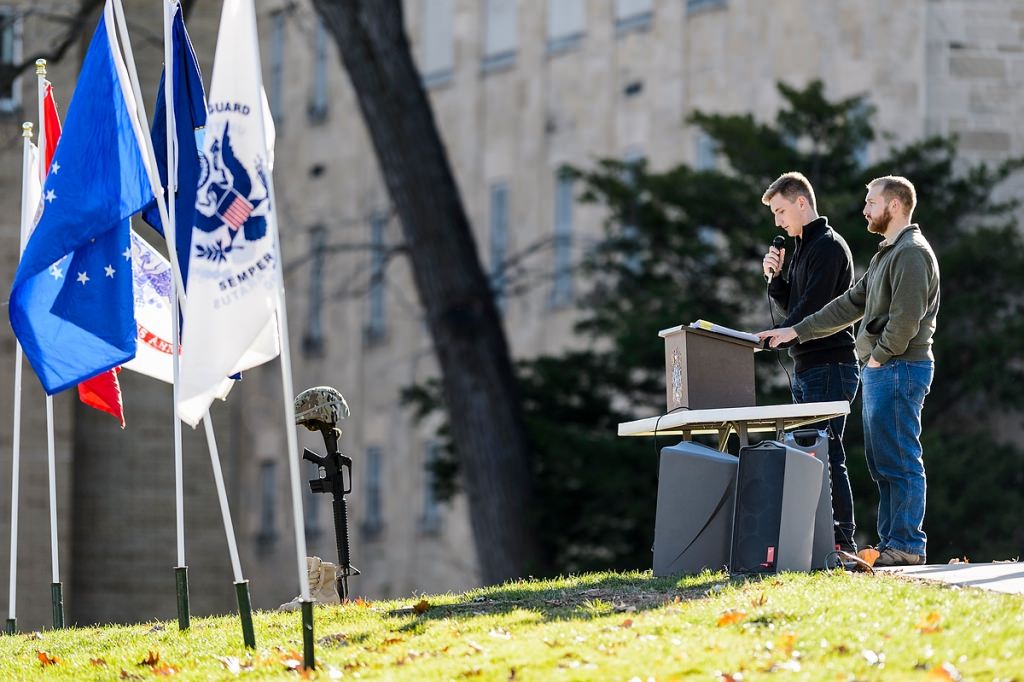 “Reading some of the names, there was a couple from Madison, a couple from around my hometown … I read a name from Egypt … from Puerto Rico. I really just felt proud to be an American, proud to be from the same country as these great people.” - Jack Saloga, a freshman Army ROTC cadet from Sugar Grove, Ill. Photo by: Jeff Miller 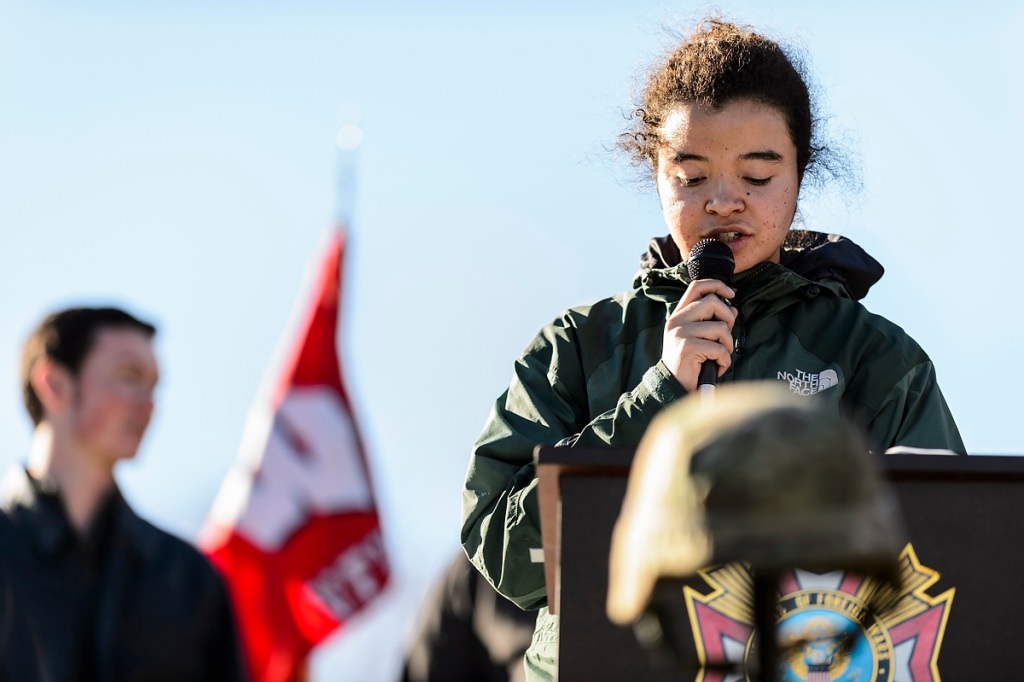 “This will be my fourth time doing this. … For me to give remembrance to those that have fallen, it’s just a small part of my day to do something that they’ve done for so much longer than me.” - Megan Mitchell, a senior and civilian from Janesville, Wis. Photo by: Jeff Miller

To mark Veterans Day on Friday, volunteers took turns on Bascom Hill reading the names and hometowns of more than 6,800 U.S. service members killed in military action in Iraq and Afghanistan since 2001.