Re-‘making’ the world of education: A learning revolution

Pancake-making robots. A mechanical horse. A life-sized mousetrap. No, these aren’t highlights from the latest episode of “Shark Tank.” They are real-life inventions of a burgeoning community of artists, do-it-yourselfers and entrepreneurs known as “makers” — pioneering tinkerers and problem-solvers who are inspiring some educators to bring more hands-on learning into the classroom.

“Bringing the maker movement into the education conversation has the potential to transform how we understand ‘what counts’ as learning, as a learner and as a learning environment,” says Erica Halverson, associate professor of curriculum and instruction at UW–Madison’s School of Education and a researcher at its Wisconsin Center for Education Research (WCER). She is discovering that a lot can be learned by studying how people create. “The idea behind the maker movement is that people learn best by sharing, creating and producing things together.” 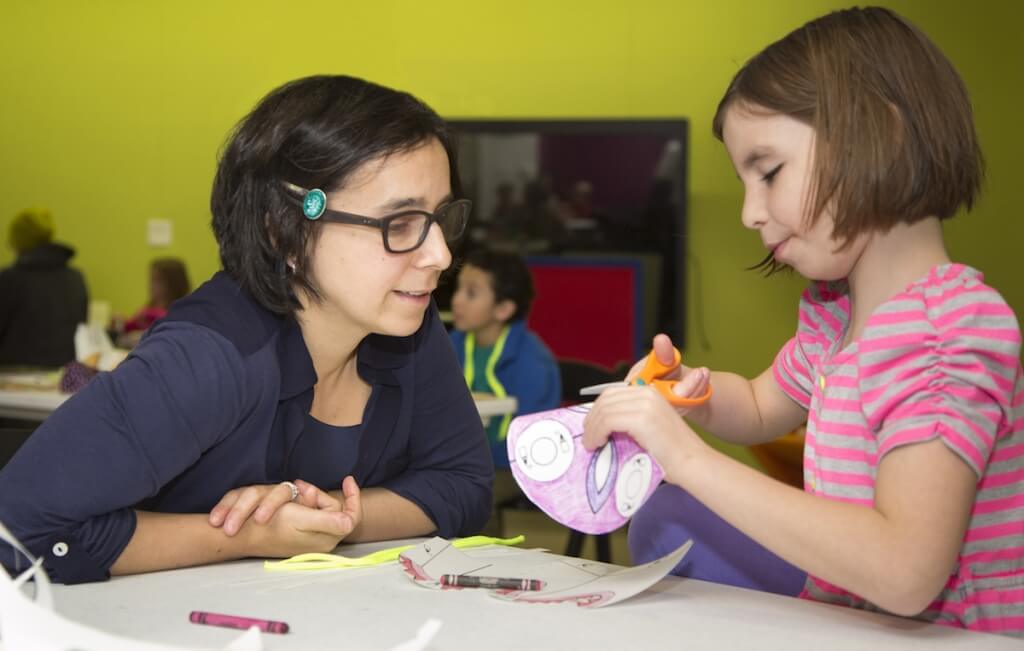 Of course, using ingenuity to innovate is nothing new. But looking at a maker environment as a place to promote 21st century learning is a novel perspective, one that Halverson believes is sorely needed in formal education if students are going to develop the skills and habits of mind necessary for success.

“All their lives, students have thought of learning as demonstrating what they know on a series of progressive instruments,” she says. So instead of making robots, students are learning robotically. “Teachers tell them stuff and they repeat it back. As a result, young people are shying away from careers that require creativity and problem-solving because we haven’t offered opportunities for them to engage in those activities.”

Halverson, also an actress and visual storyteller, is hoping to reverse that course with a little help from kindred spirit Kim Sheridan, an associate professor of educational psychology and art education at George Mason University and a painter and sculptor, as well. “People in academic circles kept telling us that we should meet,” recalls Halverson, and in 2012 they developed a mutual interest in studying the maker movement and its role in education.

“The idea behind the maker movement is that people learn best by sharing, creating and producing things together.”

Since then, this research tour-de-force has made great strides in creating a research framework for studying makers and making spaces. Currently, they are among a small group of education researchers in the country who were the first to combine arts-based approaches, like making, with learning, says Halverson. While that research field has become much broader in the last few years, Halverson is proud of her pioneering work. “There is now a growing body of evidence that we helped to start.”

Together, Halverson and Sheridan have collaborated with other researchers on three maker studies and co-authored several works on making and learning published in the Harvard Educational Review. The National Science Foundation has funded two of their studies, including a three-year empirical study of maker spaces in museum settings. In one design experiment at the Children’s Museum of Pittsburgh, researchers observed how well children made things with and without constraints.

Halverson’s greatest creation is her 9-year-old daughter, Grace, who — no surprise — has become a maker, like her mother.

Halverson and Rebekah Willett, assistant professor in UW–Madison’s School of Library and Information Studies, recently received a grant from the Institute of Museum and Library Services to fund a two-year study at The Bubbler, a gathering place at the Madison Public Library for imaginative folks in the community to “learn, share and create together,” as The Bubbler’s motto goes.

Halverson, who made Madison Magazine’s prestigious “M List 2015: Social Innovation” along with The Bubbler’s head, Trent Miller, for their work with The Bubbler, aims to develop technologies to track maker experiences, and assess how maker programming at the library improves learning and engages underserved students in maker activities.

Greg Mickells, the library’s director, says The Bubbler provides free space and materials to maker participants; all they bring is their imaginations and readiness to learn. “We always wanted the program to be focused on people rather than equipment,” and Mickells says Halverson’s grant will allow them to do just that. “We will be able to focus on participatory learning, and discover which activities enhance learning more than others.”

The Bubbler has taken off since it was launched in September 2013. Mickells and his staff don’t have to solicit makers to teach workshops anymore in Madison’s nine libraries and partner locations. A variety of experts in creative fields, such as animation, painting and hip-hop, now come to them — in droves. “We literally have a queue of people approaching us with ideas,” he says. Since The Bubbler opened, more than 24,000 people have attended more than 1,000 workshops, according to Mickells, who says one of the most popular maker classes has been screen printing. 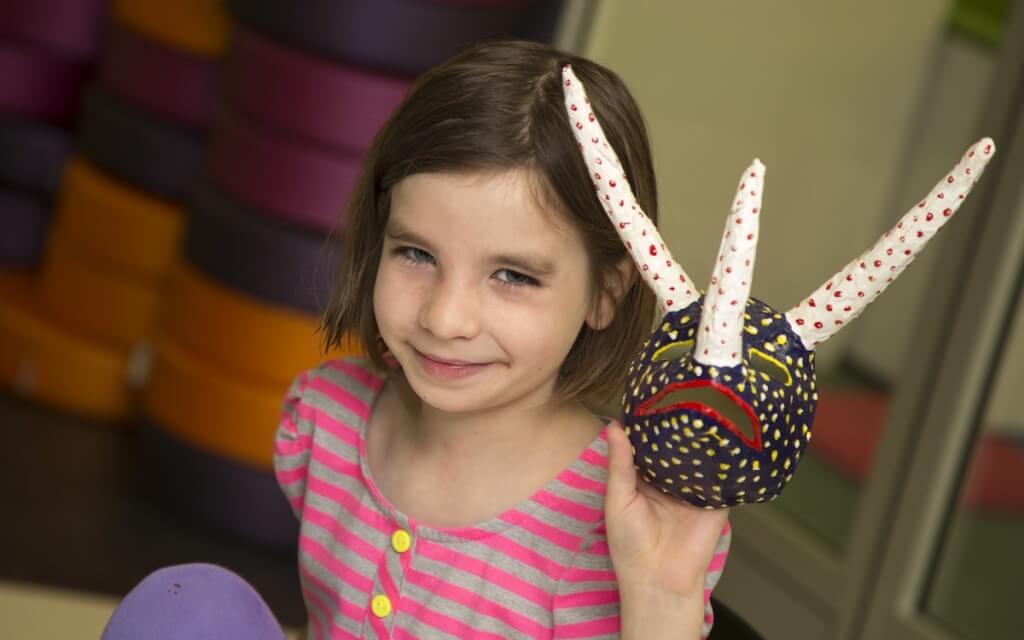 Halverson has been working with Mickells every step of the way. A maker-turned-mom, her greatest creation is her 9-year-old daughter, Grace, who — no surprise — has become a maker, like her mother, writing and producing movies. “She feels empowered to pick up something new because she knows what it is to use tools to create.” Halverson says Grace recently started working with a programming application called Hopscotch so she can make things digitally. “She’ll tell me: ‘I’m going to go program now, Mom.’ It’s that ‘I-can-do-that’ skill she has learned that I just haven’t.”

What Halverson does have is infectious energy, a wellspring of ideas and an entrepreneurial spirit. In 1998, she founded the Chicago-based nonprofit organization Barrel of Monkeys, a creative arts group that teaches creative writing to elementary schoolchildren and turns their work into performance pieces. (Halverson was a maker back then and didn’t even know it!)

Currently, she is working on a local version of Barrel of Monkeys with Carl Sandburg Elementary School in Madison called “Whoopensocker,” a playful Wisconsin word that refers to something wonderfully unique and extraordinary — just like the maker movement itself, which Halverson believes could change the world someday.

“The delightful thing about people who have a maker ethos is that they are often most interested in using that power for good,” she says. “Personally, I hope making amounts to a world where jobs are about solving problems that really matter to communities.”