Q & A: Reducing childhood poverty by half in 10 years

More than 9.6 million U.S. children live in families with annual incomes below the poverty line. That’s 13 percent of children, according to 2015 Supplemental Poverty Measure estimates.

But that could change.

Timothy Smeeding, a UW–Madison professor of public affairs and economics, and other antipoverty scholars have a plan to reduce childhood poverty by half in 10 years. The recommendations can be found in a newly released report, A Roadmap to Reducing Child Poverty in the United States, of which Smeeding is a co-author. It emerged from a congressionally mandated two-year consensus study of antipoverty scholars that was organized by the National Academies of Sciences, Engineering, and Medicine (NASEM). 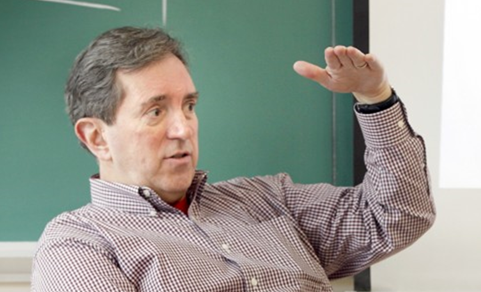 Smeeding will talk about these evidence-based federal policy recommendations at a public event from 4:30 to 5:30 p.m. Tuesday, March 12 in the Wisconsin Idea room at UW–Madison’s School of Education Building.

Here’s a preview from Smeeding of why childhood poverty is such a huge issue and what can be done to help.

Q: Reducing the number of children in poverty by half in 10 years is an ambitious goal. What makes you think it can be accomplished?

A: Other nations have accomplished this goal: the UK, Ireland and Canada. If it is an important goal, and we think it is, we should be able to accomplish it too. The consensus study committee worked hard to find feasible cost-effective packages of programs that will accomplish this goal in the United States.

Q: What has history shown works in reducing poverty? What hasn’t worked?

A: Poverty can be reduced if wages are high enough and jobs are stable enough. When wages are not high enough and work is not steady, we need to supplement and stabilize these earned incomes so kids have a decent chance at upward mobility when they grow up. We have made some progress against child poverty over the past 20 years following this philosophy. We just need to do more.

We have found that forcing people to work to keep benefits, and promoting marriage amongst low-income parents, does not work, as our report clearly shows.

Q: You researched the United Kingdom’s efforts to reduce childhood poverty. What did you learn?

A: The U.K. pulled together a package of income supports, work supports, like our Earned Income Tax Credit, and a heavily subsidized child care program called “Sure Start.” In addition, they have long had a child allowance or child benefit. They also have housing subsidies and a minimum income program, which is not terribly generous, but which is also not zero.

Q: What are some of the ways that growing up poor can impact adulthood?

A: Child poverty is actually very expensive for our country. The problem is that most of these costs are not visible — they are seen in things like childhood trauma, poor health outcomes, lower educational attainment and lost future productivity. Childhood poverty is linked to child malnutrition and health problems and as these children grow up, they tend to have lower earnings, lower employment, and worse health conditions, among other ills.

Q: Some people may not feel like this is an issue that directly impacts them. How do you get people to care — or at least pay attention?

A: All of these issues negatively affect our nation’s children, of course, but it also affects U.S. labor markets and the earnings and taxes poor kids will pay if they grow up non-poor as compared to poor. Nations are judged by the way they treat their children. Our research showed that having such high rates of childhood poverty as we have now costs 4 to 5 percent of the U.S. gross domestic product (between $800 billion and $1.1 trillion) annually. So these costs are extremely high and are mainly paid by the non-poor for income support, incarceration and poor health outcomes.

Q: What do you think would surprise people the most about poverty? Any misconceptions people may have?

A: Many people think that the poor do not work very much or that they choose to be poor, hide income or commit program fraud. Our report makes clear that this is not true. Low wages and intermittent work mean that many of the poor, especially single parents, need work supports and income supports both, because while they do work and while we can increase their work effort, they do not make enough to support their families at a non-poverty level. Hence, we need to do both to halve child poverty.

Q: What do you see as the biggest challenge in reducing childhood poverty?

A: Understanding poor families and children’s needs, circumstances and pressures that they face. It is not terribly cheap to solve the child poverty problem, but we found at least two or three ways to reach our goal. However, the costs are eight to 11 times as much as the cure. What we need is commitment to helping make the next generation better off and staying the course as the U.K., Ireland and now Canada are doing.

Q: How did you get into this field of research?

A: When I came to Madison for a PhD in economics in the early 1970s, I was a research assistant at the Institute for Research on Poverty. I was very lucky to have a mentor, Bob Haveman (now retired), push me to work on the effects of programs like food stamps (Food Share in WI now), public housing, and others on poverty. I did that and have been working in this area ever since. Many of the questions the committee report dealt with were first addressed in my doctoral dissertation in 1975!

Q: It must be depressing at times — how do you deal with that? What makes you optimistic?

A: There are depressing moments when you see how minority kids are treated, and how the U.S. citizen children of immigrants are treated. The optimism is that children are not able to choose their parents, but we can help them succeed in any case. Most sensible people realize that we need to help all kids who cannot make it on their parents’ incomes alone to succeed, regardless of who they are and where they live. The Wisconsin Idea writ a little larger, on a nationwide scale, I think.

Q: What’s one thing you’d like people to know about poverty in general?

A: Poverty is complicated. Bad luck, bad decisions like having a child before one is ready to parent, and bad neighborhoods with few job prospects and lots of danger hurt child development and upward mobility. We need to invest in poor children and their parents to help them do the best they can to grow up healthy and happy.

That is my goal and our committee’s goal as well.