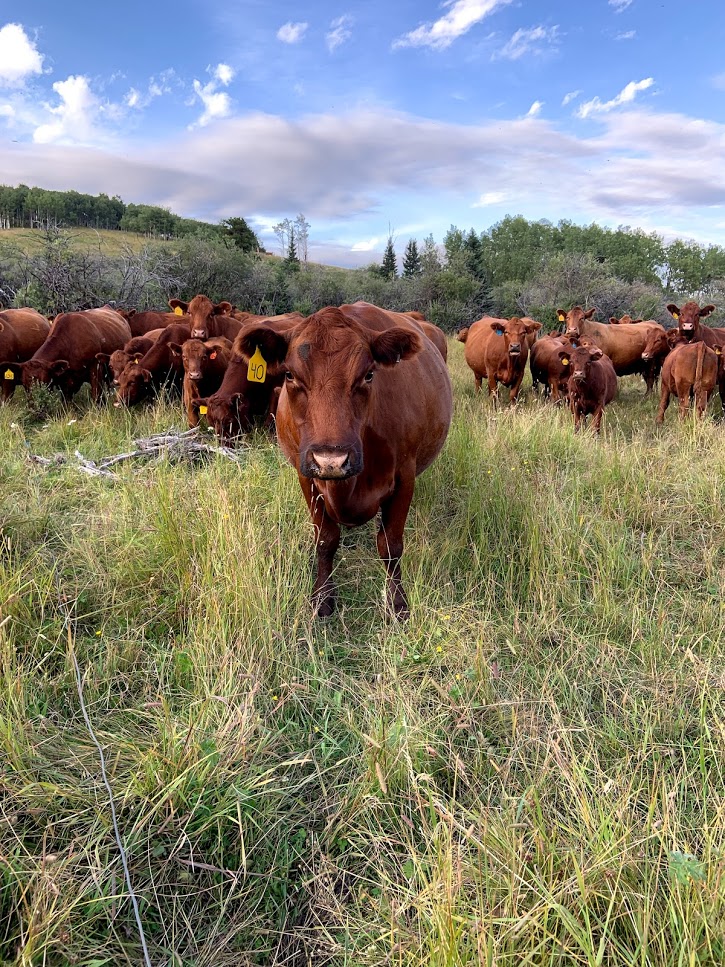 To protect livestock from predators in Western Canada, University of Wisconsin–Madison researchers are testing whether cattle that are urged to live as a herd will protect themselves from wolves and bears.

Under examination is the back-to-the-future principle that cattle will find safety by returning to their roots as herd animals, says graduate student Naomi Louchouarn, who began the experiment last spring.

“If you see a herd of wild ungulates, say wildebeest or caribou, facing a threat,” Louchouarn says, “they always have the larger adults on the outside, facing out. That puts more eyes out to spot problems, and it also makes a lot more bodies for a predator to deal with. That’s why predators – lions, wolves, whatever — try to separate one animal from the herd.”

The experiment will test procedures developed by stockman Joe Englehart in the foothills of Alberta’s Rocky Mountains, just north of the U.S. border. Each summer, Englehart superintends about 6,500 head of cattle owned by 38 farms in the Spruce Ranching Co-op, about 30 miles southwest of Calgary.

Englehart gently encourages herds to gather in the afternoon – since most predators attack at night. He also tries to reduce stress by, for example, excluding herding dogs if they “spook” a particular herd. Reducing stress can, he thinks, reduce diseases such as pneumonia that can make animals more vulnerable to carnivores.

The cows are not being taught to meditate, but they are observed. It’s a good sign if they spend some time lying about, “chewing their cud.” Nervous standing or movement are bad signs.

“When Joe’s moving a herd, he’ll move it slowly, in a way that feels more natural,” says Louchouarn. “If he needs to pass through multiple fields, he may take them to an intermediate field and let them stay a day or two, until they seem calm, before moving to the next. He won’t rush the process.” 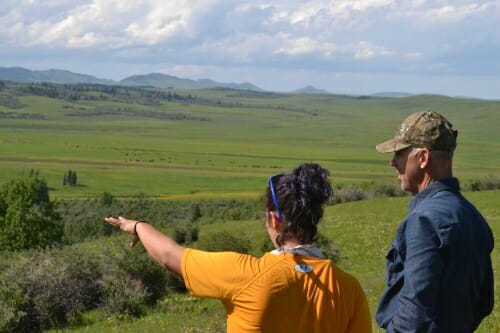 The effects of Engelhart’s unusual herding practices were obvious to Louchouarn, who spent last summer on the range. “If you walk toward them, you will hear mothers yelling for their calves and they will turn into a herd that you can’t go near.”

Domesticated ungulates – cattle – are bred for submissiveness rather than vigilance — and the benefits of Engelhart’s herding techniques are unproven. Thus the experiment in Alberta, which is supported by the non-profit Animal Welfare Institute. Last fall, the group gave its Christine Stevens Wildlife award to Louchouarn for her work in Alberta.

The four-month experiment splits the herd in half. In one half, during a two-month control period, Engelhart alone tends a group of cows. For the next two months, his management is augmented by a second range rider using similar techniques.

The other half of the animals get the same experience, but in the opposite order.

The study is housed at the Carnivore Coexistence Lab at UW–Madison. Louchouarn’s advisor is Adrian Treves, a professor at the Nelson Institute for Environmental Studies at UW–Madison, directs the Lab.

Treves says he adapts the principles of medical experiments to human-carnivore interactions. Thus when he analyzes statistics from Louchouarn’s study, he will be “blind” – unaware – as to the control or treatment status of the group.  The same is true of government officials assessing mortality in the field.

Using stockmen – range riders — to deter predation is an old idea, says Louchouarn. “Cowboy have been doing it for a long time, but usually, they focus on predators, less on livestock. If they see a wolf or a bear, they try to chase it off or follow it, often try to kill it. But Joe says that does not work, because you end up leaving the livestock behind and they get stressed, and the wolf and grizzly bear are much sneakier than we are.” 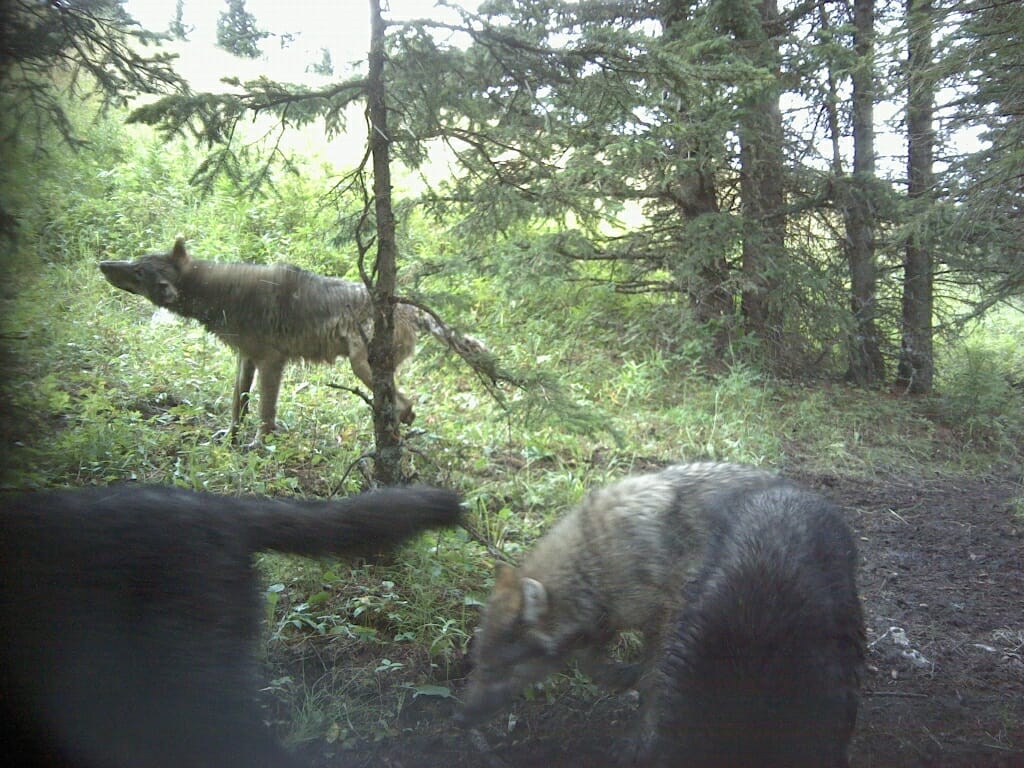 A pack of wolves sniffs around in front of a trail camera on the Spruce Ranching Co-op field site Photo courtesy of Wolf Awarness Inc. 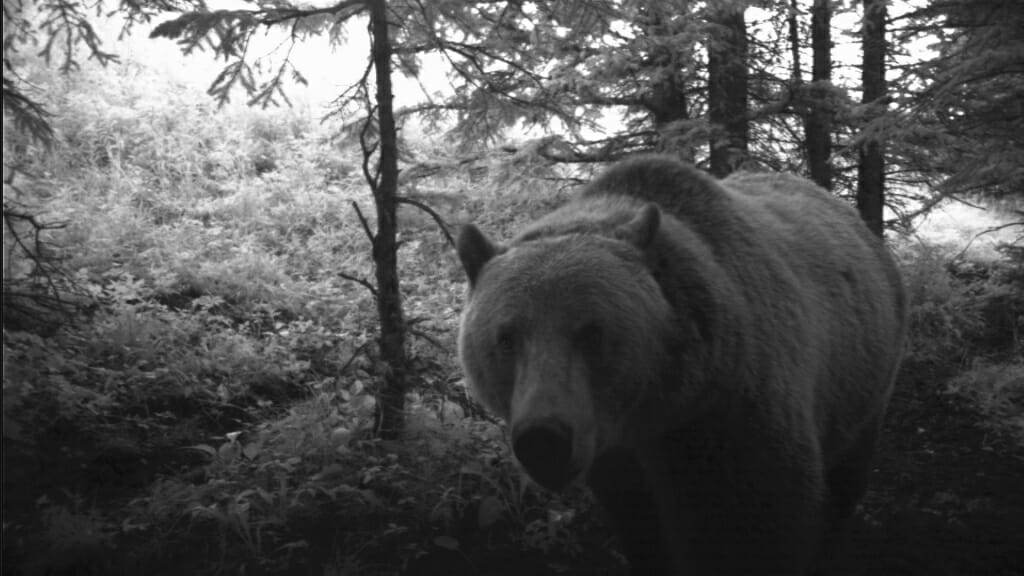 A grizzly bear caught by a field camera. Photo by Wolf Awareness Inc.

The effects of predator control are seldom tested, says Treves, but when they are, non-lethal controls are often superior to lethal controls, such as shooting or poisoning. In a 2016 study, Treves and colleagues reviewed published studies that, he says, “met the accepted standard of scientific inference.” Five studies used non-lethal methods and seven used lethal methods. Four non-lethal and two lethal methods did reduce livestock predation. But two methods – both lethal – were linked to increased predation, possibly because the removal of top predators allowed smaller predators to flourish.

The current study is the first to apply rigorous scientific method to range riding, Treves says.

As predators – considered lynchpin species in many ecosystems – continue to be harassed and killed in the name of livestock, Treves maintains, “we need randomized, controlled trials before farmers and the public get advice on methods for predator control, and definitely before governments invest resources in them.”

Curiously, in the Alberta study area, losses to carnivores seem considerably lower than losses due to poison, weather and disease, says Louchouarn. The government of Alberta compensated ranchers about $59,000 U.S. for carnivore losses in the region between 2015 and 2018. “Nonetheless, the majority of ranchers living here will experience losses to carnivores at some point,” she says, “so the perception of losses is still high.”

Such misperceptions often lead to killing, Treves says. “This often has something to do with the fact that a particular family might be driven to the point where ranching is unprofitable and everyone else worries that this will happen to them, and they lobby governments to kill predators.”

Treves sees carnivore coexistence as a science-based balancing act. “We are concerned with people, wildlife, domestic animals, all at the same time. We don’t talk that much about animal welfare, we talk about equitable consideration of animal interests.  At our lab, we say if we are going to interfere in animal lives, we need to make sure it’s done effectively, ethically.”

This study was funded in part by grants from the Animal Welfare Institute, the Yellowstone to Yukon Conservation Initiative, and Wolf Awareness Inc. 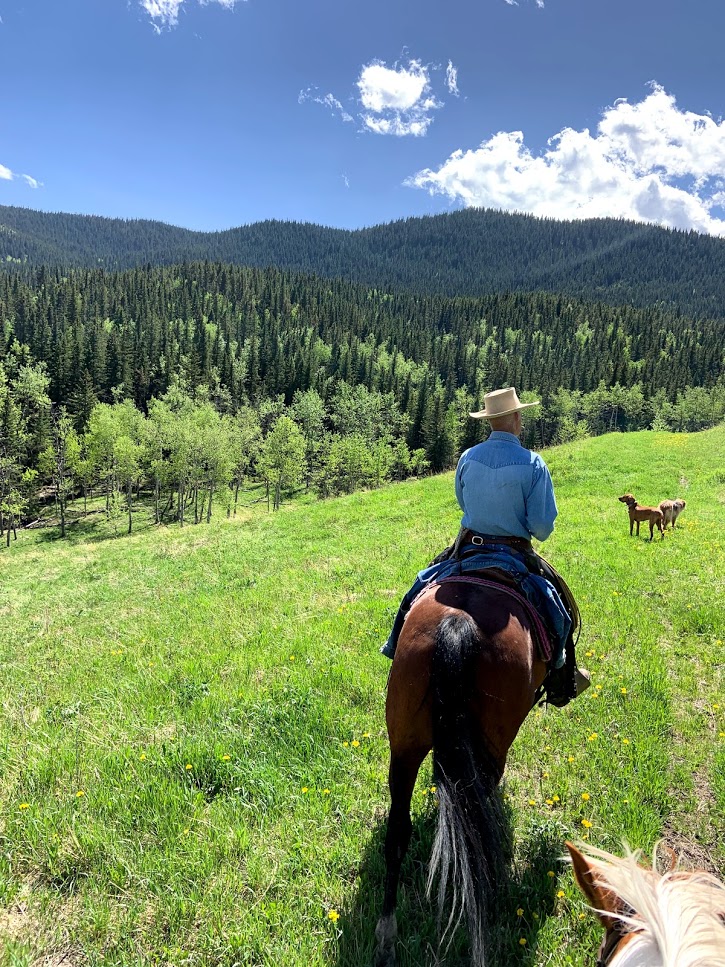