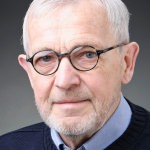 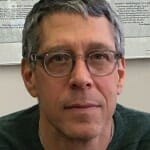 Created “for the advancement of learning,” Vilas Research Professorships are granted to faculty with proven research ability and unusual qualifications and promise. The recipients of the award have contributed significantly to the research mission of the university, and are recognized both nationally and internationally.

Halzen, the Gregory Breit and Hilldale Professor of Physics, joined the UW­­–Madison faculty in 1972. He has made pioneering contributions to particle physics and neutrino astrophysics, and has played an integral role in the design, implementation, and data acquisition and analysis for the IceCube Neutrino Observatory for the past three decades.

Nadler, the William H. Hay II Professor of Philosophy and Evjue-Bascom Professor in Humanities, joined the UW–Madison faculty in 1988.

A member of the American Academy of Arts and Sciences, Nadler specializes in early modern and Jewish philosophy. He is the author of 13 books, including “Rembrandt’s Jews,” a finalist for the 2004 Pulitzer Prize in general nonfiction, and a graphic treatment of early modern philosophy, “Heretics! The Wondrous (and Dangerous) Beginnings of Modern Philosophy,” illustrated by his son, Ben Nadler.