‘Origins’ scientists to take your questions Thursday during Reddit AMA 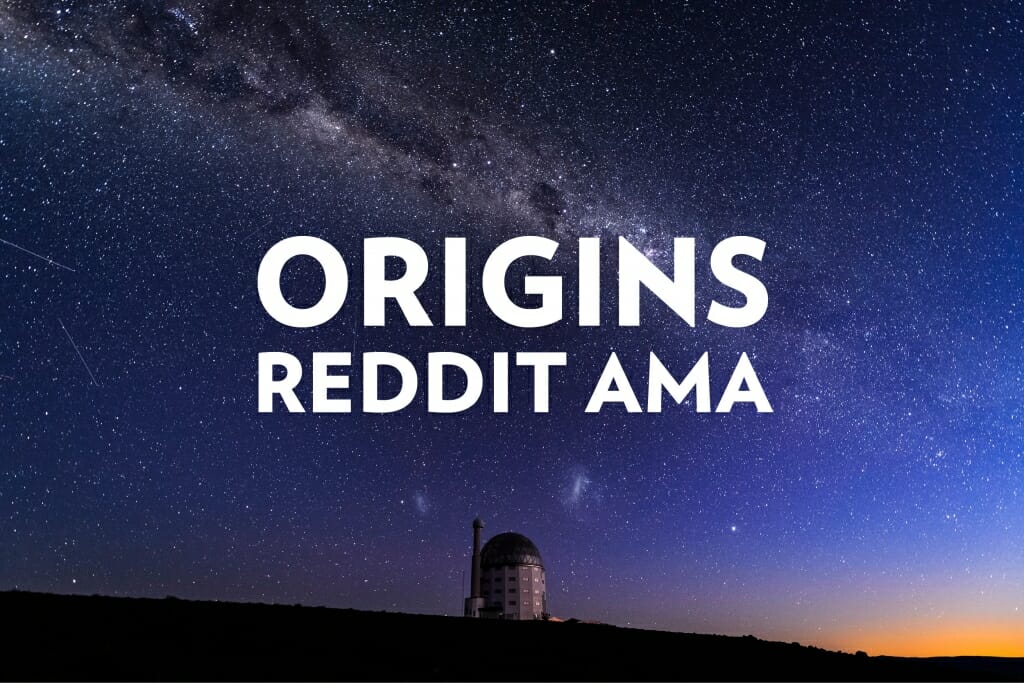 Ever wondered what it’s like to unearth a long-buried human ancestor? Or to peer into the night sky to discover the mysteries of galaxy evolution?

These are just some of things tackled by the scientists behind the Origins project. This storytelling effort details ongoing work by University of Wisconsin–Madison researchers in South Africa to uncover our common origins. And on Thursday, May 3, from noon to 2 p.m. Central Time, two of those scientists will take questions in the popular Q & A format on Reddit known as AMA, or Ask Me Anything.

UW–Madison paleoarchaeologist John Hawks helped discover Homo naledi, a new species of human ancestor, in 2013. Hawks and his team excavated Homo naledi from a region in northeast South Africa known as the Cradle of Humankind because of the richness of early hominid fossils discovered there.

Eric Wilcots, a professor of astronomy at UW–Madison, works with the Southern African Large Telescope in South Africa to study the evolution of galaxies. He focuses on the Small and Large Magellanic Clouds, two dwarf galaxies orbiting our own Milky Way that are only visible in the Southern Hemisphere.

Both researchers will share their work during the live question-and-answer period on the science subreddit. You can submit questions in the morning prior to the start time.

If you are looking to hear from more Origins scientists, Wilcots will be joined by UW–Madison geoscientist Clark Johnson at Science on Tap–Madison on Wednesday, May 2, at 7 p.m. at Nomad World Pub, 418 E. Wilson St. in Madison. Johnson will discuss his work, with South African colleagues, investigating the evolution of complex life on Earth. Wilcots will share his astronomical research. This informal, free event is an extended conversation between the scientists and the audience.