A group of universities, including the University of Wisconsin–Madison, has been named the newest Physics Frontier Center, the National Science Foundation announced Aug. 17. The center expands the reach and depth of existing capabilities in modeling some of the most violent events known in the universe: the mergers of neutron stars and their explosive aftermath.

The Network for Neutrinos, Nuclear Astrophysics, and Symmetries (N3AS) is already an established hub of eight institutions, including UW–Madison, that uses the most extreme environments found in astrophysics — the Big Bang, supernovae, and neutron star and black hole mergers — as laboratories for testing fundamental physics under conditions beyond the reach of Earth-based labs. The upgrade to a Physics Frontier Center adds five institutions, provides $10.9 million in funding for postdoctoral fellowships and allows members to cover an expanded scope of research.

“For 20 years, we’ve expected that the growing precision of astrophysical and cosmological measurements would make this ﬁeld an increasingly important part of fundamental physics. Indeed, four monumental discoveries — neutrino masses, dark matter, the accelerating universe, and gravitational waves — have conﬁrmed this prediction,” says A. Baha Balantekin, a professor of physics at UW–Madison and one of the principal investigators for N3AS.

“Astrophysics has given us extraordinary ‘multi-messenger laboratories’ unlike any we can create on Earth, providing opportunities to test physics at its extremes,” he says.

In multi-messenger astronomy, researchers gather up data from multiple sources, or messengers, to address longstanding questions in the field. 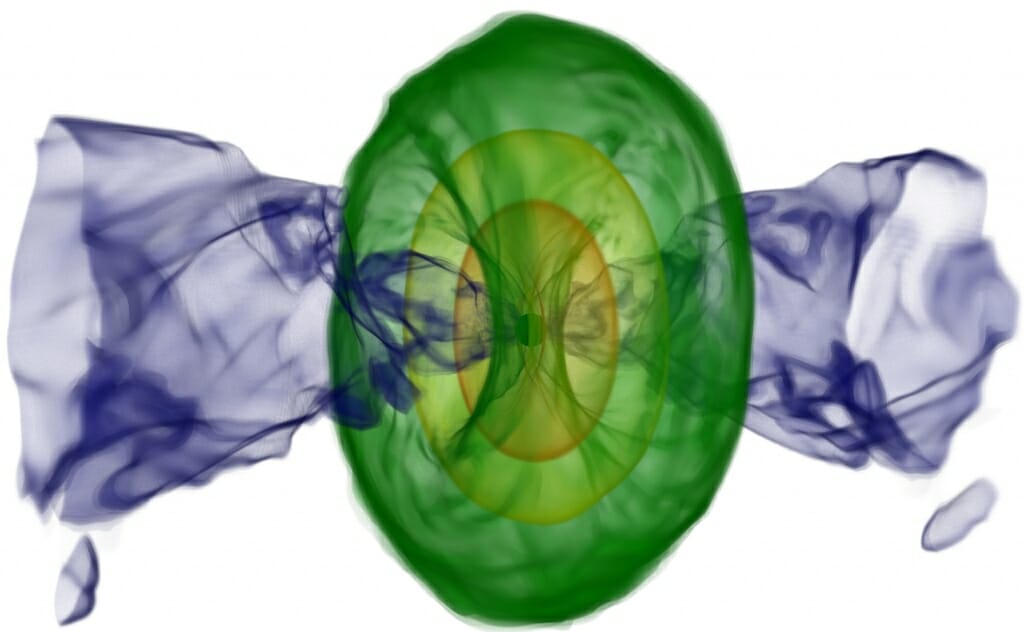 This rendering shows the density of matter in the aftermath of two merged neutron stars, resulting in the formation of a black hole. David Radice/Pennsylvania State University

The 2016 discovery of gravitational waves is one example of the power of multi-messenger astronomy. Theoretical physics had predicted that when two very heavy objects in space ­— such as neutron stars or black holes — collide, they make the space-time around them vibrate, producing waves. Detection of these waves had been one of the missing pieces to confirm Einstein’s theory of general relativity, until the LIGO gravitational wave observatory announced the detection.

Afterward, observatories around the world captured a series of infrared, X-ray, gamma-ray, and visible light images of the merger’s kilonova: the hot, radioactive debris produced in the merger. These observations, which tracked closely with predictions by members of the N3AS hub, confirmed that some of the elements heavier than iron were being manufactured in and ejected from the kilonova. It was the long-sought first evidence for how the universe is seeded with heavy elements.

“Experimental progress comes through enormous eﬀort: The LIGO discovery of the neutron-star merger came 20 years after the collaboration formed, and reﬂects the work of a team that grew to 1,200 scientists and 100 institutions,” Balantekin says. “To get value from these investments, it is critical that theory keep pace.” 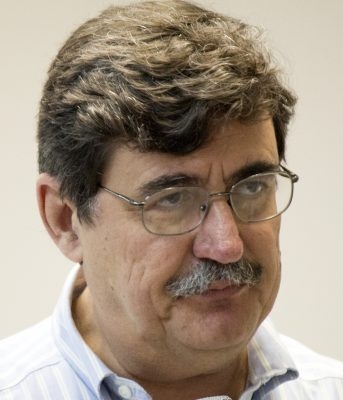 Upgrading N3AS to an NSF Physics Frontier Center aims to accomplish just that. A major goal of the center is to hire more postdoctoral fellows in neutrino and astrophysical theory. N3AS will hire four new fellows each year, up from the eight total it hosted in five years as a hub. Fellows complete the first two years of their program at any of the 13 partner institutions, then move to a second institution in their third year. The UW–Madison physics department will host some of these prestigious fellows.

“N3AS has a novel postdoctoral fellowship program, designed to help early-career researchers gain the competence and breadth they need to become leaders in the multi-messenger field,” Balantekin says. “We are going to be able to cover an even broader breadth of science than previously possible.”

“NSF Physics Frontier Centers are highly coveted opportunities, and the department is proud to be part of the winning consortium,” says UW–Madison physics department chair Sridhara Dasu. “We look forward to new insights on neutron stars and neutrino physics from Professor Balantekin, the department students and postdocs.”