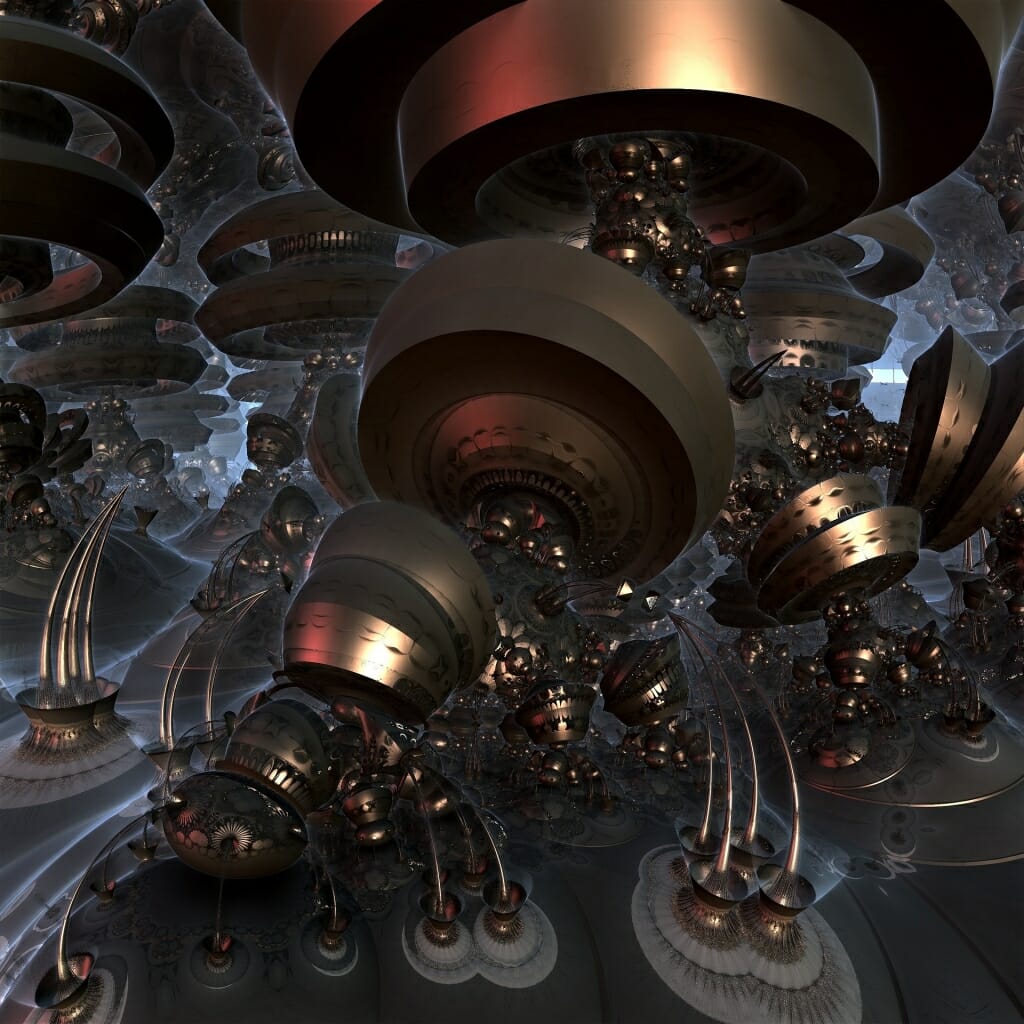 Qubits are fundamental to quantum computing. A quantum computer can solve complex problems that may have important implications in areas such as health care, energy and more. Illustration by TheDigitalArtist on Pixabay

The Leonard R. Ingersoll Physics Museum at the University of Wisconsin–Madison highlights the science of surprises — from chaos theory, to cosmic rays and even the mechanics of pinball machines. But there’s another story in the physics field to tell now. UW–Madison is investing in a big way, in the wildly growing — and to many, weird — realm of quantum mechanics.

The quantum physics world is defined by the mathematical description and motion of subatomic particles, and how those attributes can be better understood and potentially harnessed to make things like ultrapowerful computers, among other things. 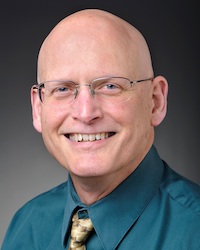 “UW–Madison awarded its first Ph.D. in physics in 1899 and has a strong tradition of research in physics and its subfields,” says Steve Ackerman, UW–Madison associate vice chancellor for research in the physical sciences. “And today, by the investments we are making in quantum science and technology, we are building on that tradition and leading the way in concepts and technology that may revolutionize computing, communication, security and more.”

In fact, the UW has recently spent more than $6.3 million in the field, from startup costs for new faculty to acquiring a state-of-the-art nanolithography tool. An interdisciplinary cluster hire search for faculty in quantum science and engineering is underway, underscoring the needs in this area across many fields.

Part of the UW–Madison investment includes recently joining the Chicago Quantum Exchange, a partnership anchored at the University of Chicago and which includes the University of Illinois at Urbana-Champaign and two national laboratories: the U.S. Department of Energy’s Argonne National Laboratory and Fermi National Accelerator Laboratory. 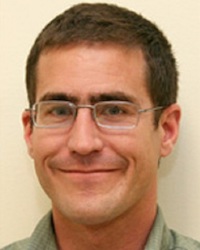 “Joining the CQE puts us in a very strong position in the landscape of academic institutions that are developing quantum technologies throughout the United States,” says UW–Madison physics Professor Robert McDermott.

The CQE’s growth is testament to that excitement, and is a hub for advancing academic, industrial and governmental efforts in the science and engineering of quantum information. The overarching goal is to apply research innovations to develop radically new types of devices, materials and computing techniques.

“We are looking forward to joint research projects within the CQE, which will give our students experience to enhance their education at UW–Madison,” says UW–Madison physics Professor Mark Eriksson. “That collaboration is very important these days because a lot of expertise is needed to attack quantum computing problems from many different directions.” 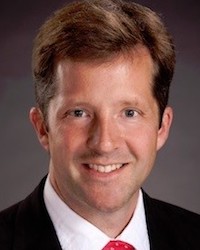 What UW–Madison brings to the exchange is expertise in three areas of qubits (the basic unit of quantum information rendered as an electronic or optical device): neutral atom qubits, superconducting qubits and silicon quantum dot qubits — along with quantum sensing research being conducted by faculty in the College of Engineering and Department of Physics.

UW–Madison is also investing in its physics students.

“Developing a next generation quantum workforce is a huge priority nationally and worldwide,” Eriksson says. “We are training students to have a broad base of expertise that will equip them to make a high impact in this developing field of technology.”

In addition to a Ph.D. program, the physics department now offers a master’s degree in quantum computing. The program, which welcomes its first class in the fall of 2019 and is the first such program in the United States, will help fill a growing need of the tech industry. The physics department already has connections to Google, Microsoft and Intel among others, and these companies have hired many of the university’s advanced physics graduates in the past.

“By the investments we are making in quantum science and technology, we are building on that tradition and leading the way in concepts and technology that may revolutionize computing, communication, security and more.”

McDermott and Eriksson stress that the research in quantum technology at UW–Madison is a campuswide effort also involving engineering, mathematics and computer science.

Part of the excitement in quantum science is in the possibility of building a more powerful computer that takes advantage of quantum mechanics to solve problems that are intractable in a conventional computer. It was only in the late 1990s that the first rudimentary quantum computers were built and it is only in the past decade that progress has been made toward creating larger, more powerful machines.

One of the challenges in developing a large-scale quantum computer is the need for a very large number of qubits. Neutral atoms are one of the most promising approaches for meeting this challenge. 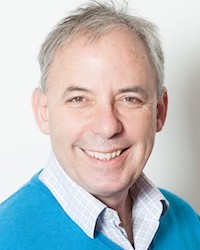 That’s where UW–Madison physics Professor Mark Saffman comes in. Saffman is chief scientist for quantum information at ColdQuanta, which is a pioneer in the development of commercial products used in ultracold-atom quantum devices and research efforts. Last month, the Colorado-based company announced it was making an investment in quantum computing in a new Madison-based branch together with a sponsored research award to UW–Madison. The first award funds the program for 18 months to develop core performance aspects of the quantum computer, making it suitable for commercialization.

“This is a logical next step,” Saffman says, “as we have already succeeded in moving our quantum computing approach beyond fundamental scientific research. This investment enables us to accelerate our efforts toward an engineering-driven product roadmap.”

Both Saffman and Eriksson joined the physics department about 20 years ago, at a time when experimental quantum computing was in its infancy. They recognized the excitement of the nascent quantum field, and as Eriksson recalls, “a seed was planted and grew organically from an early vision.”

Another result of that vision is the Wisconsin Quantum Institute, a virtual center that brings together information on experimental and theoretical research from across campus in the areas of superconducting qubits, semiconductor qubits, neutral atom qubits, theory on modeling of devices and materials for quantum information processing, hybrid quantum implementations that combine the best features of disparate quantum technologies, and education. 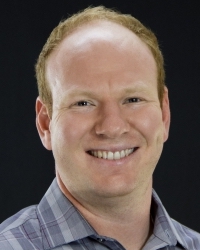 In his lab, Kolkowitz plans to build some of the most precise clocks in the world out of ultra-cold strontium atoms trapped in optical lattices, and also develop novel applications of these instruments, including new tests of relativity, space-based gravitational wave detectors, and searches for dark matter. He is also researching new sensing techniques using single atom-scale defects trapped inside of diamonds.

“I came to UW–Madison because there is so much great research going on here in atomic physics, condensed matter physics and quantum science,” Kolkowitz says.

UW–Madison has invested in a state-of the-art lab for Kolkowitz. The lab was finished in mid-February and features a dedicated HVAC environmental control system to keep the temperature stable, something that is essential to his research.

Kolkowitz is also interested in outreach about quantum science.

“It’s so esoteric and hard for the public to understand. We don’t even know the full extent of what its impacts might be on society,” he says. 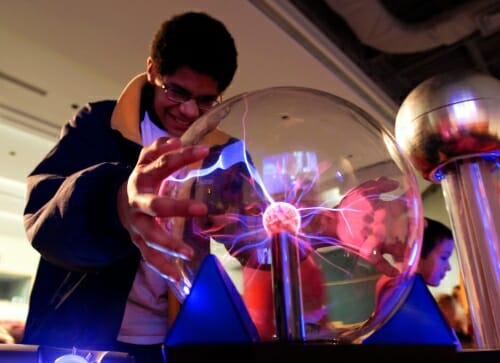 Ethan Brown touches an “electric ball” after a Wonders of Physics show in 2007. Photo by: Aaron Mayes

That’s why Kolkowitz is volunteering with The Wonders of Physics, a UW–Madison program that began in 1984. The heart of the program, which is presented by physics Professor Emeritus Clint Sprott, are fast-paced physics demonstrations chosen to be entertaining as well as educational.

“I’m hoping to incorporate more quantum physics into The Wonders of Physics to expose the public, and children in particular, to quantum mechanics and what makes it so weird and fun and exciting,” Kolkowitz says.

“What we are trying to do with all of these efforts, from joining the Chicago Quantum Exchange to reaching out to the public through programs like The Wonders of Physics, is to build on our reputation as a world and national leader in quantum science. If we can get people thinking about it at a young age (as was the case with Kolkowitz, who comes from a family of physicists), maybe the next generation will be inspired to build on what we are doing here today.”