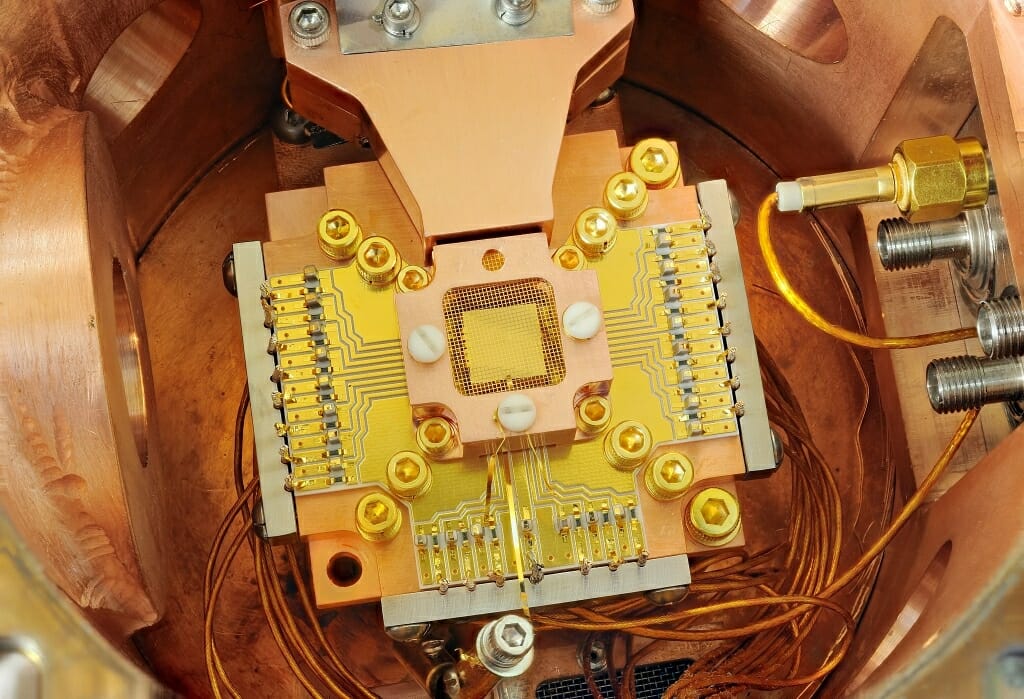 National Institute of Standards and Technology physicists used this apparatus to coax two electrically charged atoms into swapping the smallest measurable units of energy back and forth, a technique that may simplify information processing in a quantum computer. Photo: Y. Colombe / NIST

As an electrical engineering student in Belgium, Jacques Van Damme was not required to take advanced physics or quantum computing classes.

“But I took one elective course in quantum mechanics, with some applications to electronic devices,” he says. “That course really blew my mind. I was very eager to go more into quantum.”

This academic year, Van Damme finally got his chance. Along with eight other students, he enrolled in the University of Wisconsin–Madison’s inaugural Master of Science in Physics – Quantum Computing (MSPQC), the first program of its kind in the U.S. Most of the students will complete their degrees in August 2020, and they will be primed to enter the rapidly growing field of quantum computing. 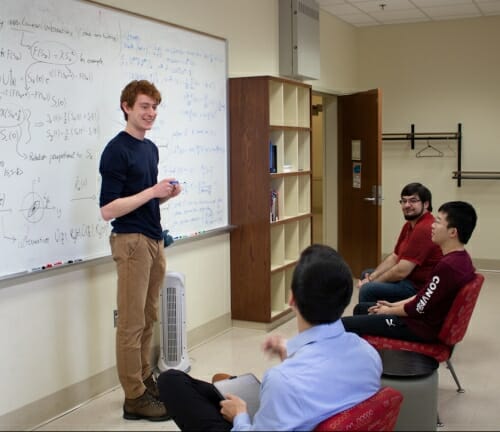 The new program grew out of a recognized workforce need, says Bob Joynt, professor of physics at UW–Madison and director of the MSPQC program.

“We started graduating PhDs in the area of quantum computing maybe 10 to 15 years ago and they did fine, they found jobs,” Joynt says. “But then a few years ago, we started noticing that these graduates were in much more demand than our other graduates. Sometimes there were bidding wars, and that had never really happened before.”

That fierce competition for experts stems from quantum computers’ potential to vastly outperform classical computers in key areas such as encryption and cybersecurity. Quantum computers achieve these feats by harnessing the unintuitive laws of quantum mechanics to perform complex operations that regular computers cannot handle.

Joynt and others in the department worked closely with the College of Letters & Science and the Graduate School to develop the program and curriculum. The degree is designed to be completed in 12 months, includes lecture and laboratory courses, and offers optional directed research.

The MSPQC program was designed to attract engineering students like Van Damme because it doesn’t require a physics background. Joynt is able to catch students up on quantum mechanics in the first month of his introductory class, one of three new courses developed for the degree. The second course, a spring lecture, focuses on the four main types of quantum computers, how they are made, and how they work. The third is an intensive summer laboratory course where students build and work with hardware that will eventually be used to make quantum computers.

An optional — but encouraged — part of the MSPQC program is directed research. The curriculum initially did not include a research component, because Joynt and others thought the coursework would take up all the students’ time. 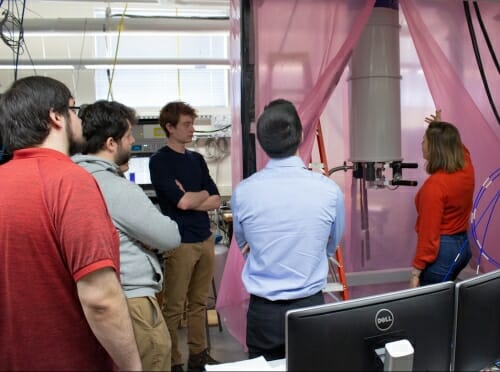 “Instead, I found that the students really want to be exposed to at least some research, and when I’ve talked to employers, they also think it’s important,” Joynt says. “Separate from their job aspirations, the research is cool, and it’s what is exciting to our students.”

Carlos Owens, another MSPQC student, will conduct research under physics professor Mark Saffman in the spring. “Quantum computing is a very active area of research, and there are still a lot of unanswered questions. It’s exciting to think that I could play a role in answering some of those questions,” he says.

For his research project, Owens will study ways to improve the stability and performance of quantum computers. His interest in the MSPQC program stemmed from his exposure to quantum computing as a math-physics double major, and the fact that quantum computing is a relatively new, undersaturated field.

To help students like Owens and Van Damme land jobs after graduation, Joynt and others consulted with employers when designing the program’s curriculum. The program is also bringing in employers to meet with students one-on-one.

The first MSPQC class is nine students, and the vision for the program is to enroll 20 to 25 students each year. With the increased workforce demand and the program’s accelerated timeline, Joynt is optimistic the program is on its way up. So are the students.

“Given that we’re the first cohort, the program is understandably a work in progress,” Owens says. “But I think the program has a bright future ahead of it.”